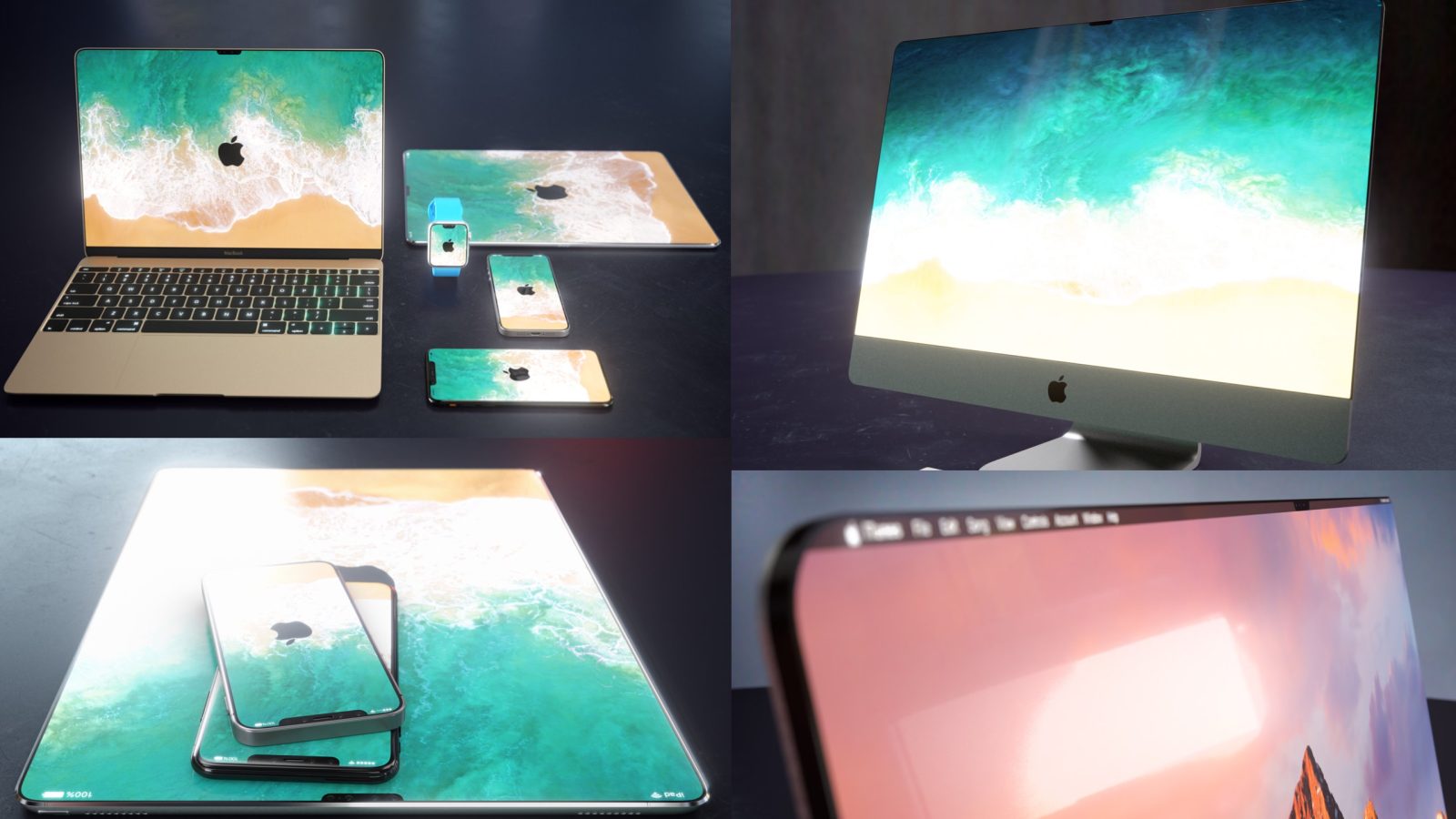 The iPhone X goes up for pre-order this week with its all-new bezel and notch design, and now a fresh set of renders imagines if Apple brought that same design to its other products. From Curved.de, the renders showcase what the iMac, MacBook Pro, iPad, and Apple Watch could all look like in the future…

We’d previously seen renders of the iPhone SE adopting the notch design, but these take it a step farther.  As you can see, each device – even the currently camera-less Apple Watch – adopts the notch. Of course, in its current state, the Apple Watch already looks almost bezel-less, but it would certainly be nice to see Apple take that design to the next level.

You can also see the 12-inch MacBook with a much larger display thanks to the lack of bezels, packing an even bigger punch into the already compact design.

The reaction to the ‘notch’ has been mixed so far – some have called it Apple’s new way of branding its devices, while others say it’s a hindrance in app design and development. If Apple were to adopt “bezel-less” designs across the board, the notch would seemingly have to stay until the company was able implement the front-facing camera behind the screen itself.

With the notch, however, Curved speculates Apple would bring Face ID to the rest of its products, as well. KGI has already claimed that the feature is coming to the iPad Pro next year, and if Apple follows the same timeline as it did with the rollout of Touch ID, we should then expect it to come to the Mac.

Personally, I’m a huge fan of the bezel-less iMac depicted here. The iMac certainly looks a bit dated in its current state because of the large surrounding bezels, so adopting the iPhone X’s approach would certainly give it an all-new look and feel. Even the upcoming $5k iMac Pro still rocks the same bezel design of past years.

What do you think of these renders? Should Apple bring the iPhone X’s screen design to the rest of its product lineup? Check out a few more renders below and let us know your thoughts in the comments.