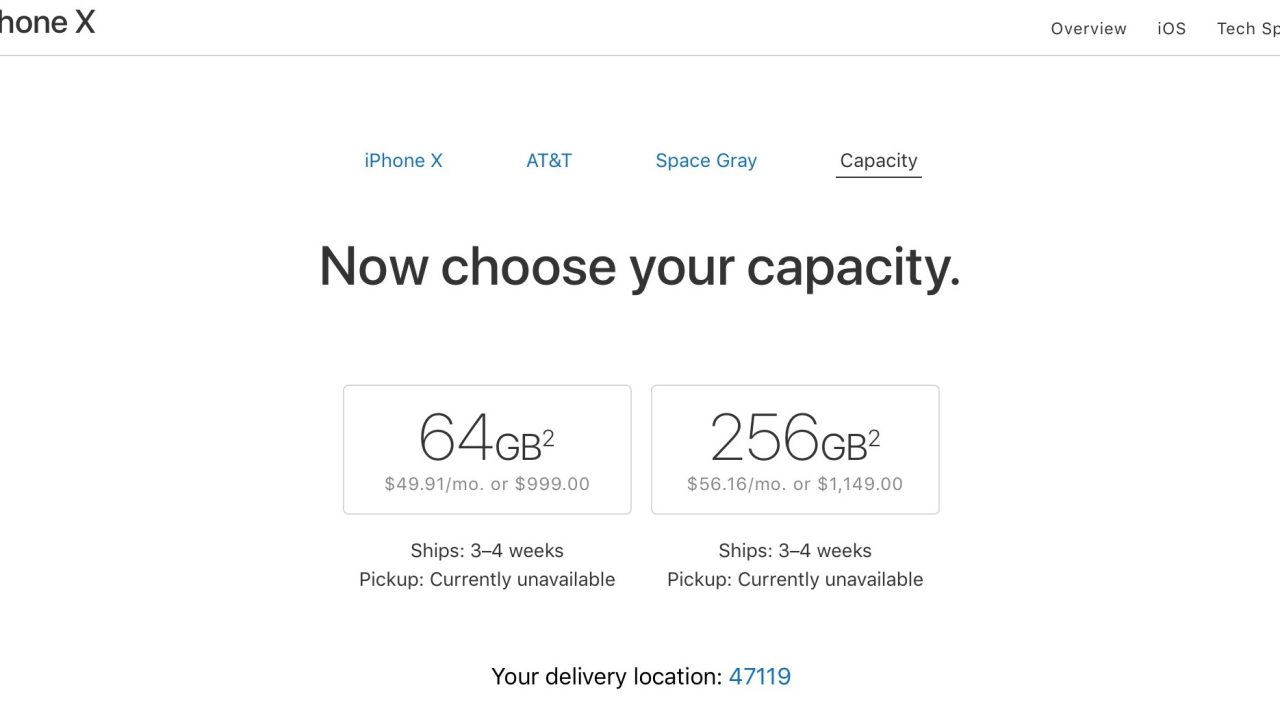 While some customers have noted improvements in ship times for their own individual iPhone X orders, Apple this evening lower the shipping window across the board if you’re still mulling a purchase. If you head to Apple’s Online Store, you’ll notice that Apple now lists all iPhone X models as shipping within 3-4 weeks…

Following the initial pre-order rush last Friday, shipping times for iPhone X quickly slipped to 5-6 weeks and have stayed there since then. In the United States, Canada, and select other countries, however, you can now get one in 3-4 weeks, according to Apple.

That means if you order an iPhone X today, it’s likely you’ll have it in your hands before the end of the month, but more importantly, before the holiday season officially starts.

Tim Cook touched on the iPhone X availability issues during Apple’s earnings call early today, saying the company is working hard to get the device into the hands of as many customers as possible, as soon as possible. Cook, however, couldn’t say when Apple expects the supply and demand balance to hit equilibrium.

The ramp for iPhone X is going well, especially considering it being the most advanced iPhone created. Really happy we’re able to increase week-by-week outputs. Going to get as many of them as possible to customers as soon possible. I can’t predict when that balance will happen.

Cook also commented on the early response to iPhone X, saying pre-orders have been “very strong.”

iPhone X orders are very strong for both direct customers and carriers channels throughout the world. We couldn’t be more excited to get underway. I think, as of a few minutes ago, the first sale happened in Australia.

The first iPhone X pre-orders have started arriving to customers around the globe while the device has also kicked off sales in Apple retail stores. Check out a gallery of those customers here. If you’ve already gotten your device, tell us what you think of it down in the comments!