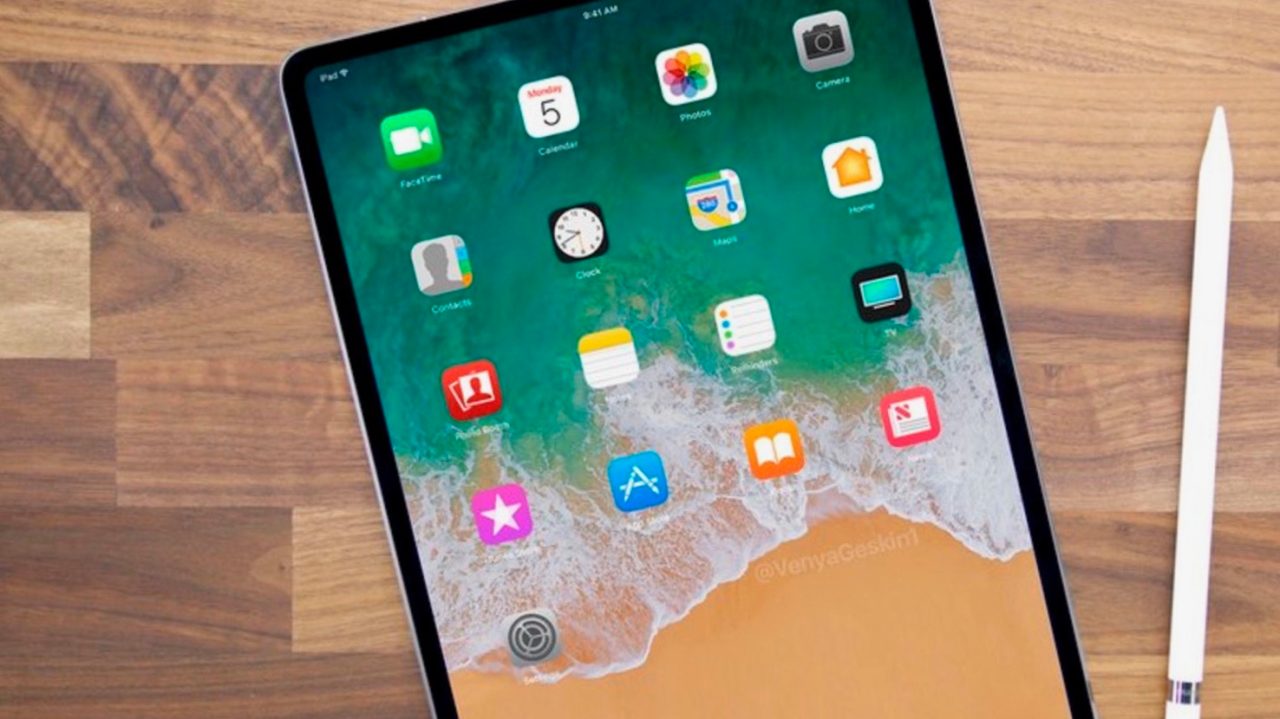 On the heels of a new report today about what we’re likely to see from Apple’s 2018 iPad Pro release, Benjamin Geskin has shared a set of new renders imagining what a mostly bezel-less iPad Pro with Face ID might look like.

Today’s details from Bloomberg shared that next year’s iPad Pros will adopt Face ID, which KGI also recently predicted. However, the report says that the new iPads will also drop the Home button/Touch ID, something that KGI’s recent report didn’t mention.

Bloomberg also said that it’s unlikely Apple will make the switch to an OLED display for the 2018 iPad Pros due to cost as well as supply, but that the new device will feature reduced bezels and as well as an Apple-designed GPU like the iPhone X.

In addition to major changes to the iPad Pro hardware, there is the expectation that Apple will also launch a second generation Apple Pencil.

With the recent news making the 2018 iPad Pro updates seem more and more likely, Benjamin Geskin has shared how stunning an almost bezel-less iPad Pro could be. With the larger display, these renders show off a symmetrical, notch-free design for the bezels.

Geskin has been getting a lot of positive responses on Twitter to his renders, what do you think? Would Face ID and a new bezel-less display be enough on their own to upgrade? Or are there other features you want in your next iPad? Would it bother you to have a notch on your iPhone X and  symmetrical bezels on your iPad Pro? Share your thoughts and opinions in the comments below!