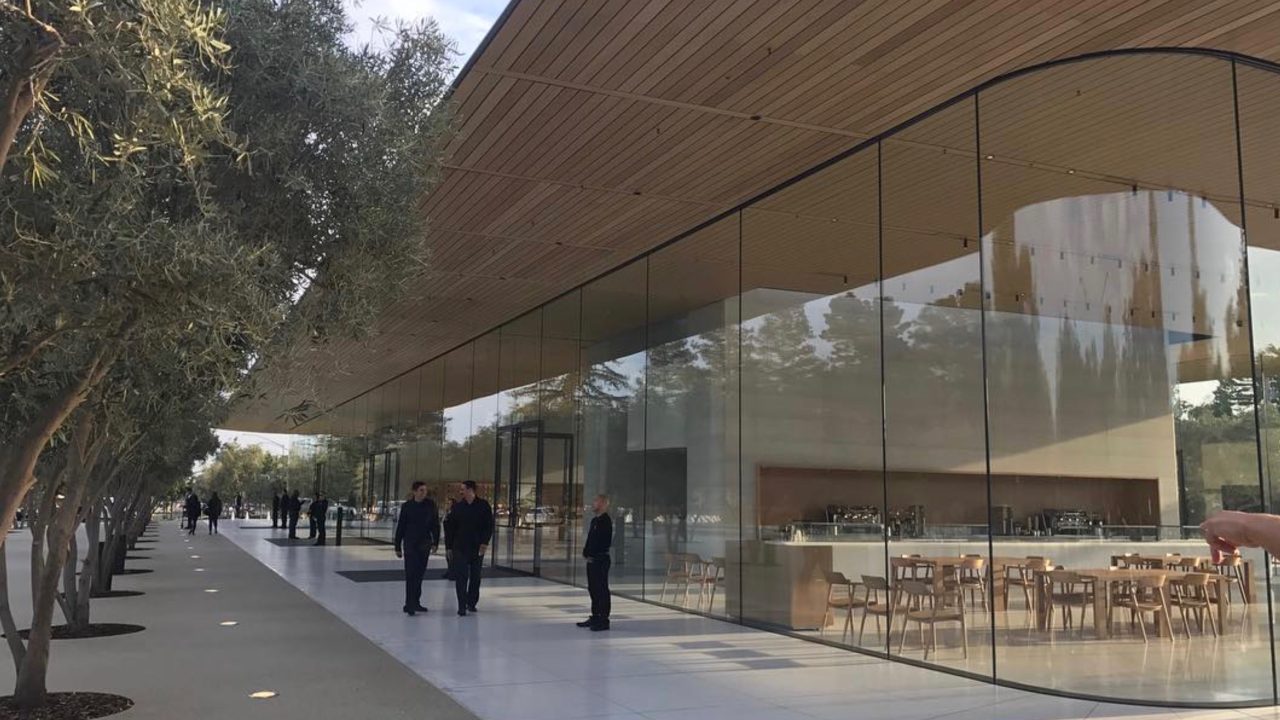 Apple Park’s Visitor Center now has an opening date. According to a sign posted at the building shared on Twitter, the new Visitor Center will officially open on November 17th, while employees and other Cupertino residents have been invited to the grand opening event…

The invite sent to residents of Cupertino and neighboring areas features a simple “Hello” inscription that’s similar to the old school Macintosh days. Apple says the preview event will be open from 3PM to 8PM and that attendees must bring a photo ID that proves their residence.

The next day, Apple will open the Visitor Center to the public. The Visitor Center will house an Apple Store with a slew of exclusive products, including merchandise such as t-shirts, hats, and tote bags – which we’ve been giving away as part of our 9to5Rewards program.

While Apple Park is still undergoing some final construction, Apple has started moving employees into the new campus. Our Apple Park guide has all the latest news on the campus.

Apple is opening its doors to its immediate neighbors for an exclusive preview of new Visitor Center. No entry if ID shows u live elsewhere