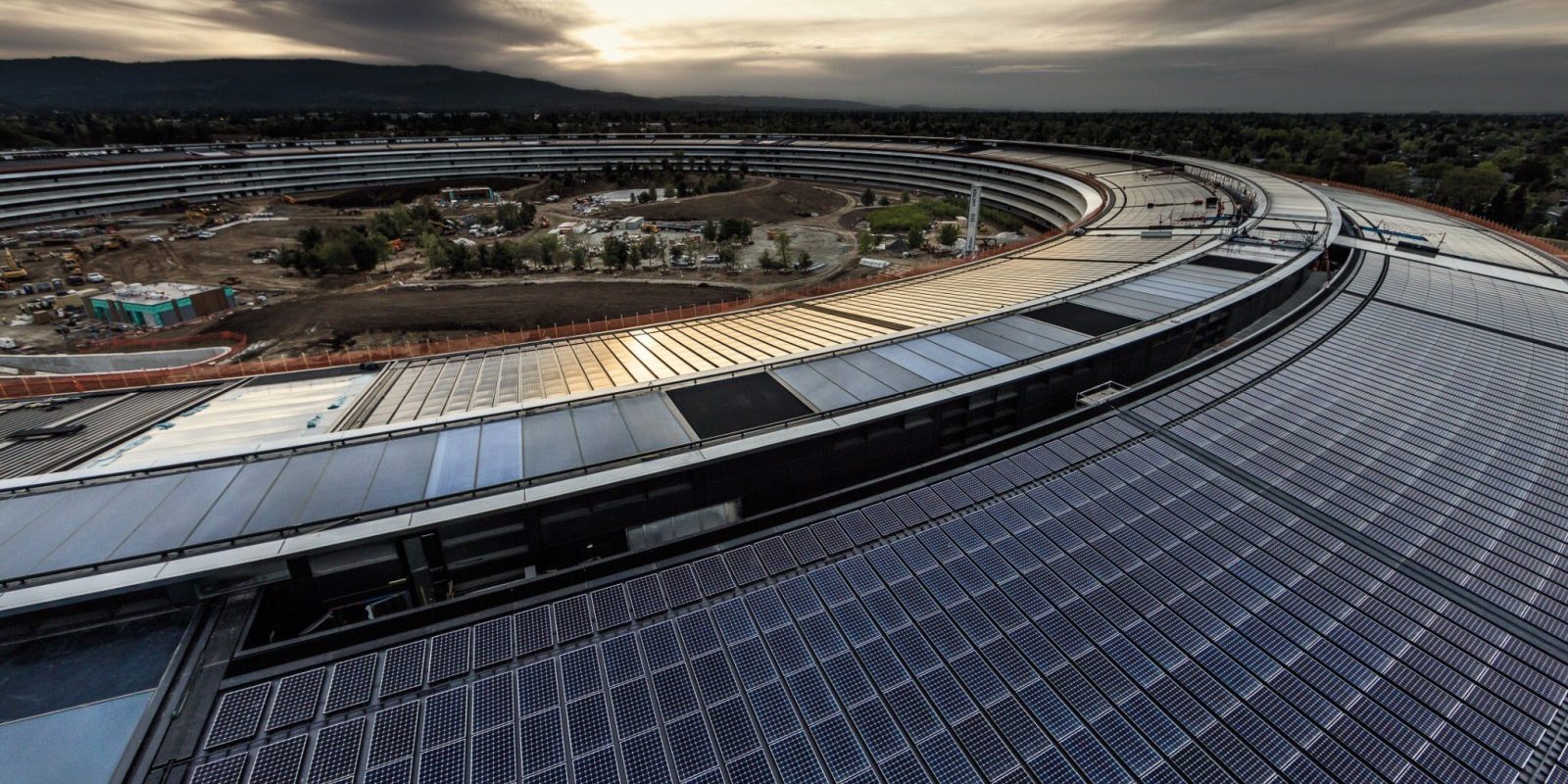 Apple signed a deal this week to power to its Sparks, Nevada data center with possibly the cheapest contracted starting price for solar power in the US. The deal was signed with NV Energy, owned by Warren Buffet’s Berkshire Hathaway.

The deal’s start price is 3.099¢/kWh with a 2% a year escalator making it very inexpensive energy.  The size of the solar project is 50MW.

Concurrently, NV Energy also signed two other solar power PPAs that might be the lowest overall price for solar power in the USA – 3.24¢/kWh and 3.42¢/kWh for 25 year terms. NV Energy has requested approval from the Public Utilities Commission of Nevada for all three long-term PPA’s in Nevada totalling 100MW:

The two Techren solar plants will be located next to the 300MW Techren Solar 1 and 2 projects that are in development in Boulder City’s Eldorado Valley.

Apple has shown many instances of aggressive solar power actions. Of course, as seen in the header image, they covered their spaceship headquarters with multiple megawatts of solar power. In January of this year, the company signed a similar, but higher priced, deal with the same power company for the electricity from a 200MW solar power plant. Also, in a much smaller sized project, Apple did cover their downtown San Francisco store with walkable, building integrated solar installation supplied by Onyx Solar.

The Apple deal is close to the lowest starting price for a solar project I’ve seen in the US at 3.099¢/kWh. The 2% annual escalator – depending on how it is applied – means the average price over 25 years is between 3.84¢/kWh and 4.01¢/kWh. Even with the 2% a year increase for 25 years, the pricing is some of the lowest I’ve seen. And for a project that isn’t particularly large (though 50MW of solar is around 200 acres of land).

Pat Egan, NV Energy senior vice-president is quoted as saying, “To the best of our knowledge, Techren 3 and 4 are the lowest-cost universal solar power purchase agreements entered into in the United States.” I do believe this is an incorrect statement.

A deal was signed earlier in 2017 by Tuscon Electric Power at a price “less than three cents per kilowatt hour.” The only reason this project might not be the lowest priced solar PPA in the USA, is because we’re not sure all of the details and financial dynamics of the TEP deal.

I’d argue that TEP is the lowest priced deal even if the developer is making money from the land other ways, and neither Apple or NV Energy have broke any new ground, but they have done a great service and expanded the dataset from which we can build our future pricing projections on.

For more electric vehicle, autonomous transport and clean technology news, make sure to follow us on Twitter, Newsletter, RSS or Facebook to get our latest articles.