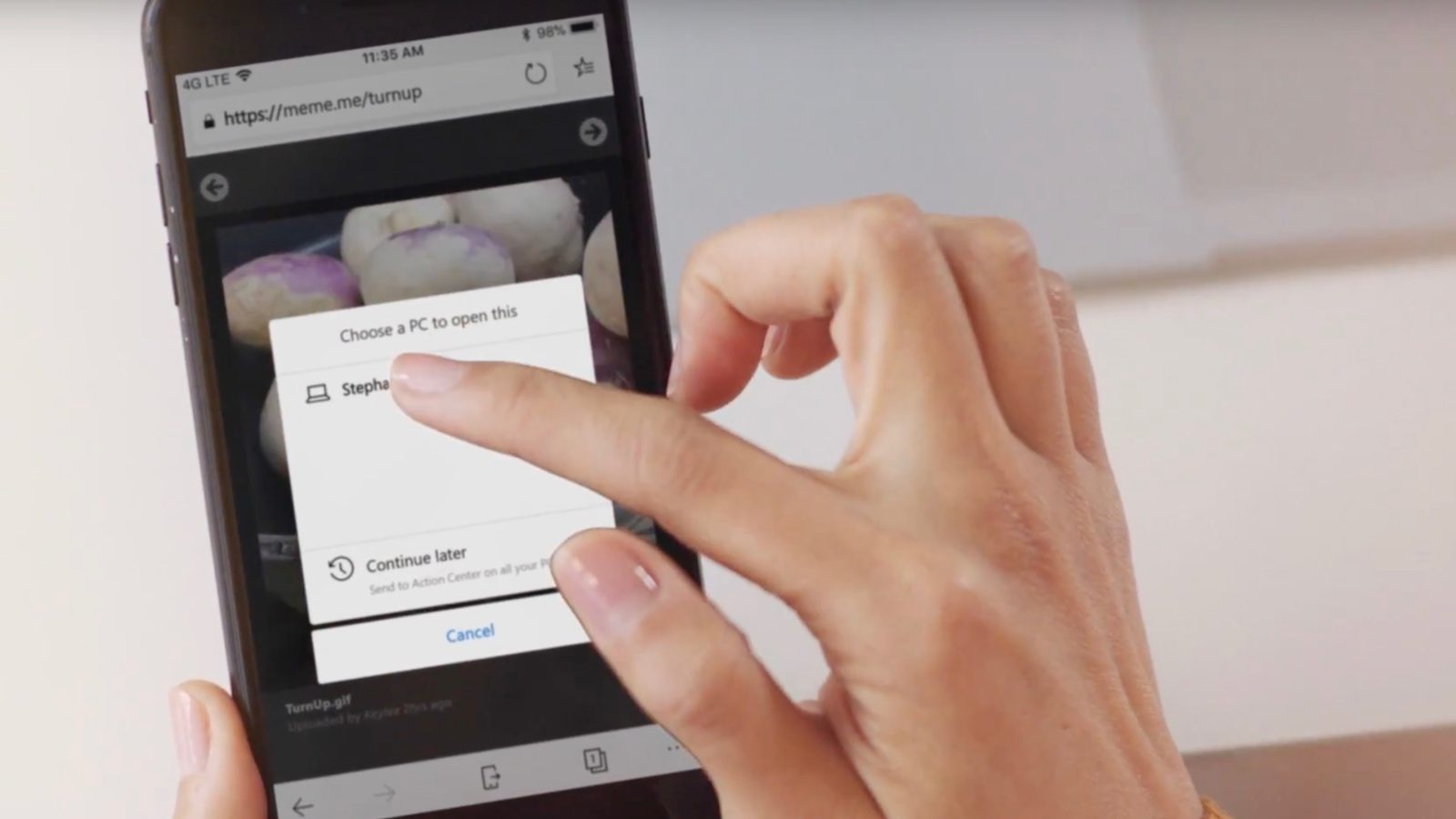 Microsoft today has officially released its Edge browser on iOS. The company first made the app available in beta last month, but it’s now available for everyone who fancies installing a Microsoft browser on their iPhone – but don’t expect iPhone X or iPad optimization.

As far as features go, Microsoft Edge brings better integration for Windows users to iOS. For instance, there’s a “continue on PC” feature that allows users to easily switch between their PC and iPhone – eerily similar to Handoff and Continuity between iOS and macOS.

Since Edge is a browser after all, you get features such as favorites, history, private mode, and reading list. Passwords and login information also sync across PC and iPhone, while there’s a built-in QR code reader as well. Voice search allows users to ask a question and have Microsoft Edge look it up in “more natural, familiar ways” than traditional searches.

One major omission is iPad support. This means that you’ll still have to juggle your information across two browsers if you’re a big iPad user. Furthermore, the app is still letterboxed on iPhone X.

Familiar Microsoft Edge features like the Hub allow users to organize the web in a way that cuts through the clutter, making it easier to find, view and manage their content on-the-go. Microsoft Edge is designed for Windows 10 users to browse the web how they need to, wherever they are, without disrupting their flow.

Microsoft Edge is available on the App Store now as a free download. Are you going to switch to it from Safari or Chrome? Let us know down in the comments.