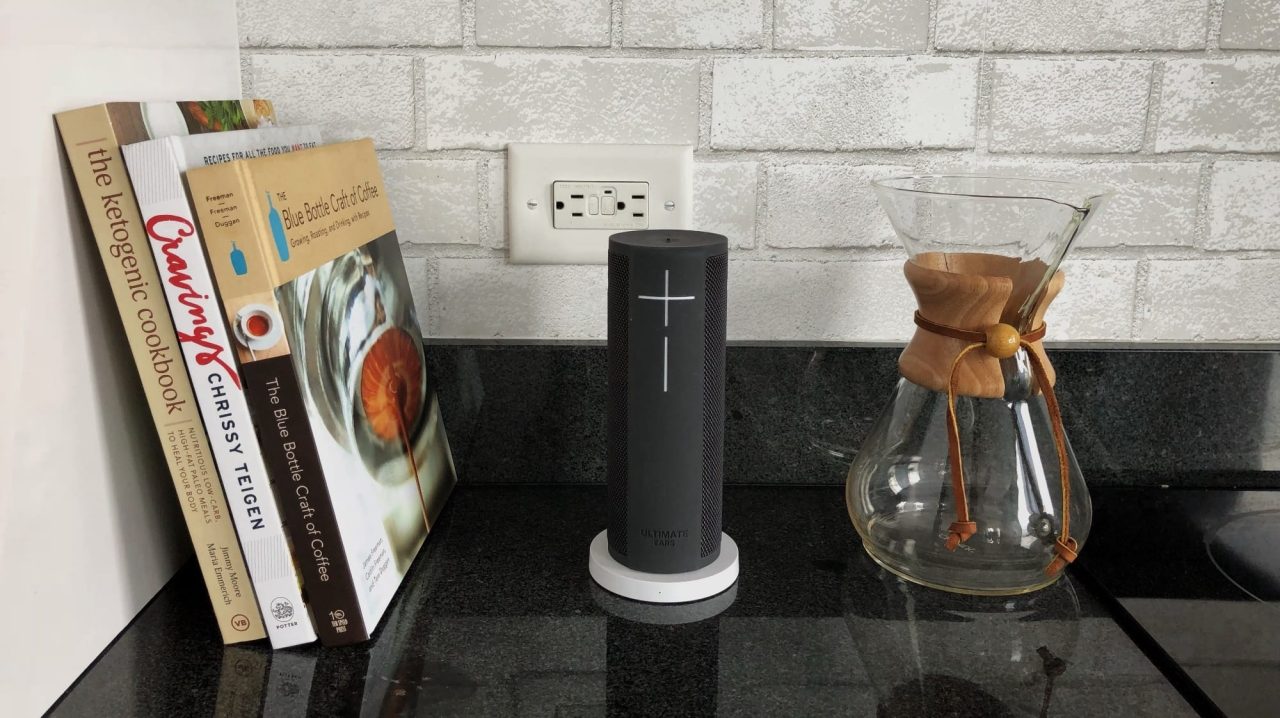 Over the past few years, Ultimate Ears has become somewhat of a household name in the world of portable speakers. Their ever-popular Boom lineup has shown that portable speakers can have excellent battery life and sound great. Recently they’ve taken it one step further by bringing Amazon’s Alexa to the portable speaker with their new Blast speakers. Combining a smart voice assistant, with a solid Bluetooth speaker, what’s not to like?

At first glance, the Ultimate Ears Blast looks nearly identical to the previous Boom 2 speaker. Large volume controls adorn the front of the speaker, a wire-like mesh wraps around the device, and a power button sits atop the device. External design changes on the Blast are subtle.

The edges are sharper, furthering the canister design of the speaker, and the power button has nearly doubled in size. Sporting two 35mm active drivers and two 81mm x 39mm passive radiators, the Ultimate Ears Blast weighs in at 1.4 pounds. I’ve found the weight helps add to the speaker’s well-built feel. I don’t doubt that this is a speaker that can take a beating and keep on ticking. 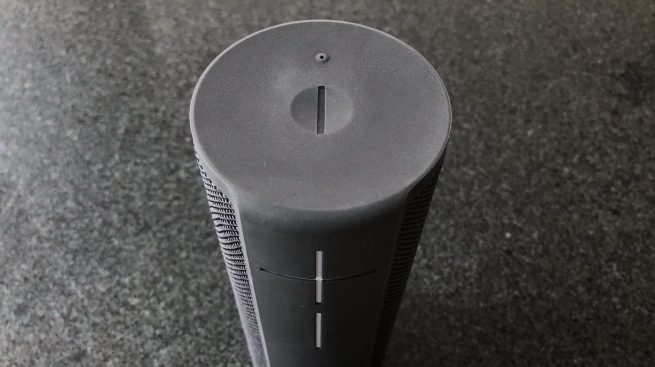 The Blast introduces Amazon Alexa to the high-quality portable speaker game. To over-simplify it, the Blast is now an Echo speaker. All the features you’ve come to expect from third-party Alexa speakers are now built into Ultimate Ears’ flagship products: the Blast and MegaBlast. This includes Wi-Fi functionality. By connecting to a network, or mobile hotspot, Alexa is now portable wherever you go. Ultimate Ears told me they envision customers taking their Blast speakers to the beach and picnics and using Alexa to control it hands-free.

That means playing music without having to pair your phone too. With the ability to stream from Amazon Music, iHeartRadio, and Tune-In, there are a variety of playback options for music listeners. Support for Pandora and Deezer should be coming in the feature, according to an Ultimate Ears spokesperson. Apple Music and Spotify users are left out in the cold, unfortunately. However, you still have the option to stream them directly from your phone to the speaker if you’d like.

While the speaker has all the expected functionality that Alexa provides, it does introduce some cumbersome experiences. For example, when streaming music from my phone, I’ve been able to tell Alexa to pause my music, but not start it again. That experience wouldn’t be so bad if I could still control playback from the speaker itself, but I can’t. Ultimate Ears removed that feature which they had initially introduced with the Boom 2 series of speakers. It should be noted that the playback experience was excellent when using one of the supported streaming services.

While I struggled to get a cohesive playback control experience, I also noticed oddities with the microphone array built into the Blast. My speaker is situated near my stovetop so that I can talk to Alexa in the moments I need to most. Even being five feet away, with no music playing, I noticed the Blast struggling to pick up my voice. Usually, the second or third try got it to work as expected. I’m not sure if I was alone in this experience as other reviews I read didn’t seem to mention this issue.

Outside of the Alexa integration, the Blast is nearly identical to the Boom/Boom 2 speakers. Bass reaches booming levels, and the speaker’s volume shocks me considering its size. I don’t know if it’s because I’ve tested so many portable speakers lately, but I’m not a huge fan of the Blast’s sound profile (same with the Boom). The Blast’s mids and highs would often be lost to the massive bass profile. This was particularly obvious in podcast’s that featured speakers with deeper voices. The gravitas of the voice would come through so heavily that I would have trouble understanding what the person was saying.

When playing EDM with a mix of highs and lows, you can hear the exact moment the Blast’s bass starts to kick in with the treble of the music falling by the wayside. Compared to the Wonderboom I reviewed a few months ago, I’m not a huge fan of the sound coming from the Blast. 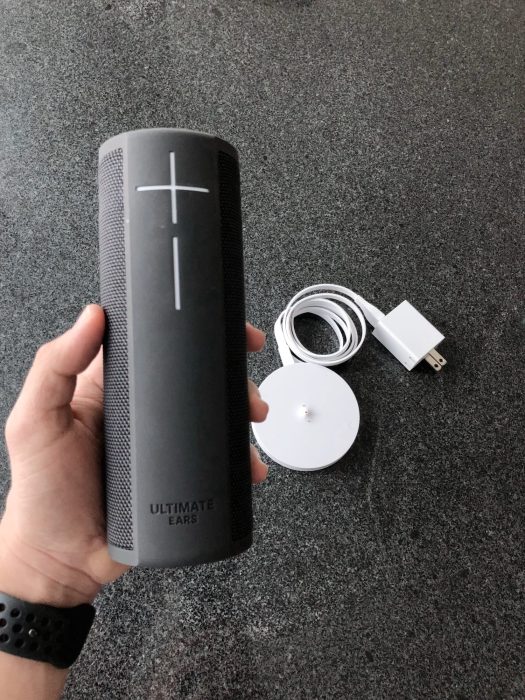 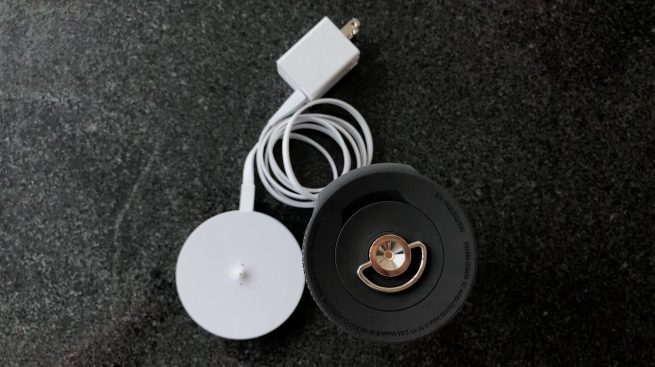 Ultimate Ear Blast with Power Up and inductive charging D-ring

In reviewing the Blast, Ultimate Ears had also sent me the new Power Up base to test. It’s a small white puck that can be used to dock your Blast when not in use. Replacing the Blast’s D-ring with the Power Up’s induction-charging ring brings two main benefits. The first being that the Blast will now wirelessly charge and the second is that it turns the speaker into an always-on Alexa speaker.

When not docked or charged, the speaker will go into a standby mode after a few minutes and Alexa will stop listening. Having the Blast docked near my stove was a perfect location for most of my day-to-day listening.

Having used previous Ultimate Ears speakers, I was fully expecting that the new Blast would maintain the famous 150+ multi-speaker pairing option. Unfortunately, Ultimate Ears removed that in the new Blast speakers. Not only that, but they pulled the AUX input as well. From a consumer perspective, it feels like Ultimate Ears is neutering their own product just to jump on the voice assistant bandwagon.

The combination of the speaker, the Power Up base, and Amazon Alexa puts the Blast into a strange amalgamation of speaker categories. It’s trying to garner all the attention stationary speakers have, bringing in the future of voice assistants while maintaining its attractive portability.

At a price of $230, with the Power Up being $40, it’s hard not to wonder if an alternative speaker might be a better solution. Comparatively, the Sonos One includes Amazon Alexa (with Google Assistant coming in 2018) and is priced lower at $200. Not only that, but it still allows for multi-speaker pairing. If Ultimate Ears had kept the speaker pairing functionality integrated, they would compete with Sonos in an area Sonos has yet to venture into: portability.

After using the Ultimate Ears Blast for a few weeks, I’m not quite sure who this speaker is for. The idea of a portable Amazon Alexa speaker in a high-quality package is enticing, but one that seems to fall flat in the Ultimate Ears Blast. Relying on a mobile hotspot for on-the-go Alexa seems like it will bring more trouble than it’s worth. Taking away physical controls in favor of voice-only was a bad idea. Removing the flagship multi-speaker pairing feature was a mistake. Removing the AUX input was a travesty. This feels like a step backward in the Ultimate Ears speaker lineup that I otherwise have grown to love. 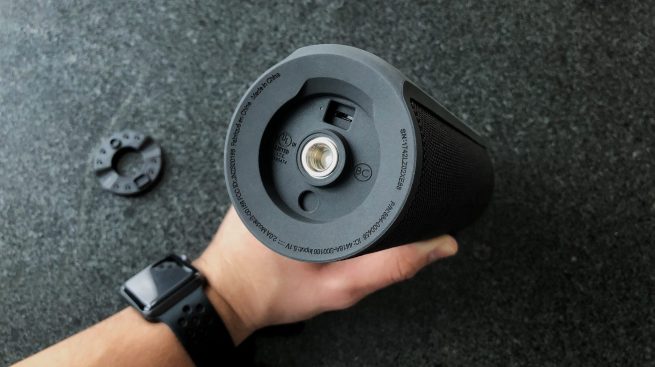 If you’re looking for a sound quality focused smart speaker, even cheaper than the Blast, I would take a look at the Sonos One. We previously covered a variety of smart speakers on the market, so you might find something you like there as well. The previous Boom 2 speaker is still fantastic and you can find it certified refurbished for about $99. For now, I’ll be holding off on using any dedicated smart speaker until I can get my hands on that delayed HomePod…