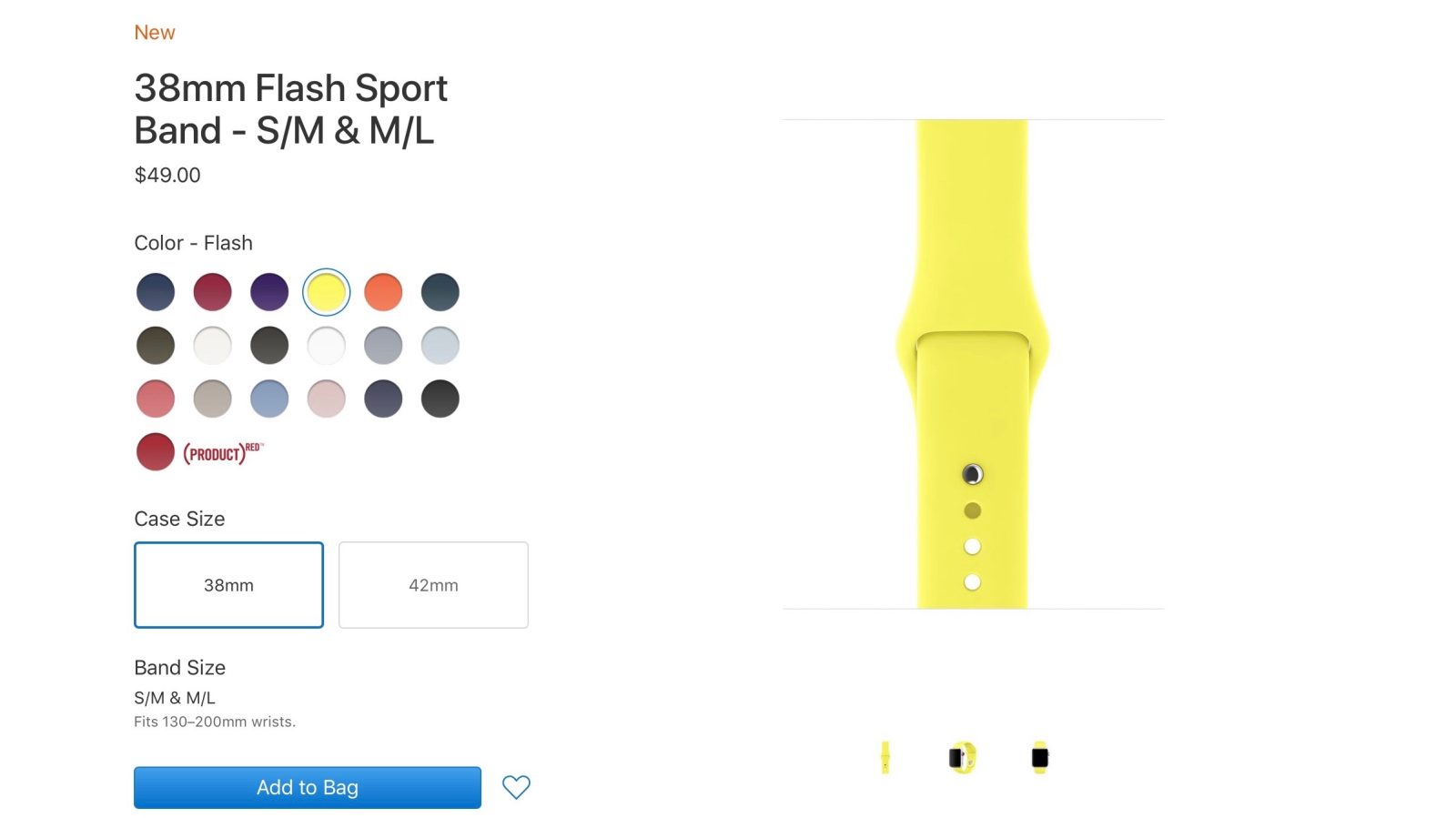 Apple today has released a few new color options for its ever-growing accessory lineup. The company quietly made the Apple Watch Sport band available in new color choices, while the color lineup for the iPhone X’s Silicone Case was also slightly expanded.

For the Apple Watch, Apple has released three new color options. Headlining the new color options is the Flash Sport Band, seen above. This is a bright yellow color shade, perfect for dark environments as we head into the winter. It was previously exclusive to the Sport Loop design.

Furthermore, Apple has made the Spicy Orange Sport Band that was previously exclusive to the Hermès available for everyone. You can now buy this brightly colored watch band for $49 from Apple’s website.

Last but not least, the Apple Watch Sport Band is available in a new Dark Teal variant.

The Sport Bands, so far, are the only lineup to see any color changes, but it’s possible that Apple may expand further as the holiday season progresses.

Meanwhile, the iPhone X case lineup has also seen a few minor adjustments. The iPhone X Silicone Case is now available in a trio of new colors. Matching the new Apple Watch Sport Band is a Flash color options, while there’s a new Spicy Orange to match the Watch as well.

Apple has dramatically expanded its accessory lineup over the last couple of years, treating its offerings more like a fashion company than a technology company.

Are you seeing any other changes to Apple’s accessory lineup? Let us know down in the comments!