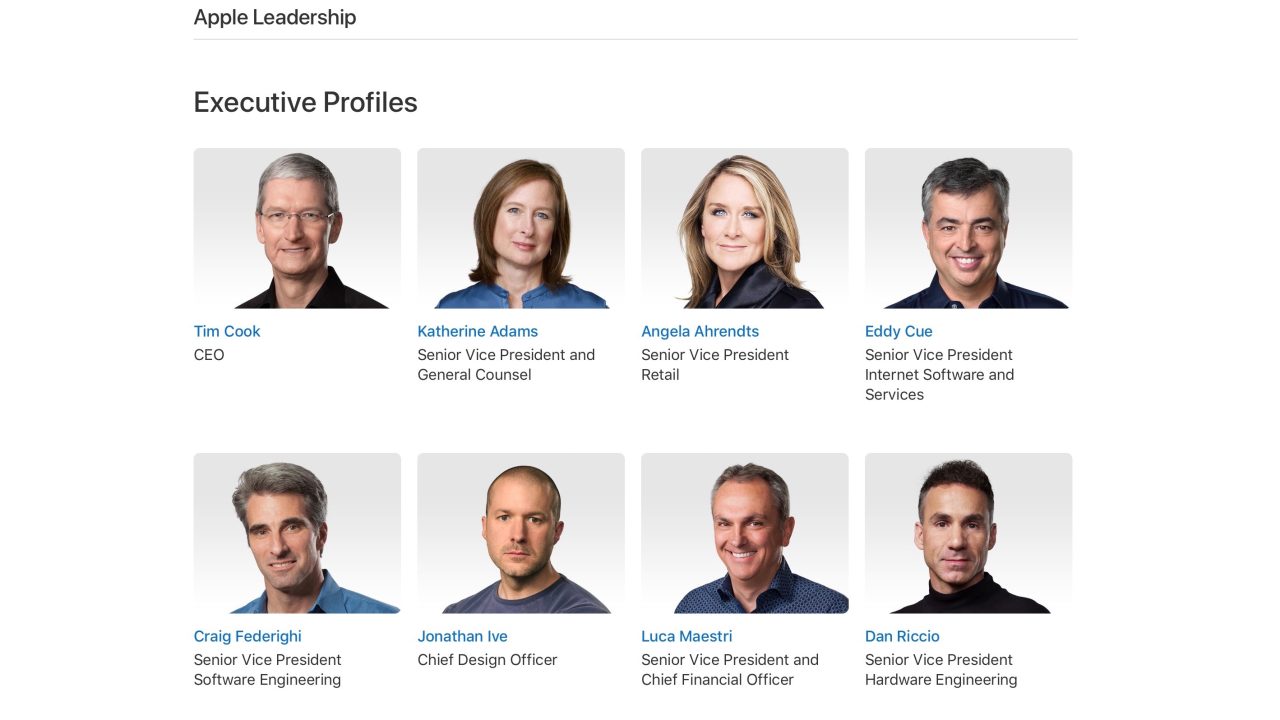 Update: Jony Ive is retaking managerial roles from his deputies which is reason for the change we reported below.

Apple has updated its Leadership webpage today to reflect the retirement of general counsel Bruce Sewell, as well as the departure of VP of inclusion and diversity Denise Young Smith. Both of these executive changes had been previously announced.

Back in October, Apple announced that general counsel and SVP Bruce Sewell would retire by the end of the year, with former Honeywell general counsel Katherine Adams taking over. Sewell worked with Apple for eight years, and Tim Cook shared this heartfelt well-wishing following the news of his retirement:

Bruce has our best wishes for his retirement, after eight years of dedicated service to Apple and a tremendously successful career. He has tirelessly defended our IP, our customers’ right to privacy and our values.

Bruce has set a new standard for general counsels, and I am proud to have worked with him and proud to call him a friend.

Replacing Denise Young Smith is Christie Smith, who joins Apple from consulting firm Deloitte. At Deloitte, she was the managing principal for consulting, and oversaw practitioners and other directors. She was the company’s most senior diversity partner, working specifically through the Deloitte University Leadership Centers for Inclusion and Community Impact. Her role at Apple is not yet reflected on its Leadership page.

Also of note, Apple’s Leadership webpage no longer lists Alan Dye, VP of user interface design, while VP of industrial design Richard Howarth is also no longer listed. We assume there has been no change of roles here, as Apple has not announced anything, but we’ve reached out to the company for clarity and will update when we hear back.