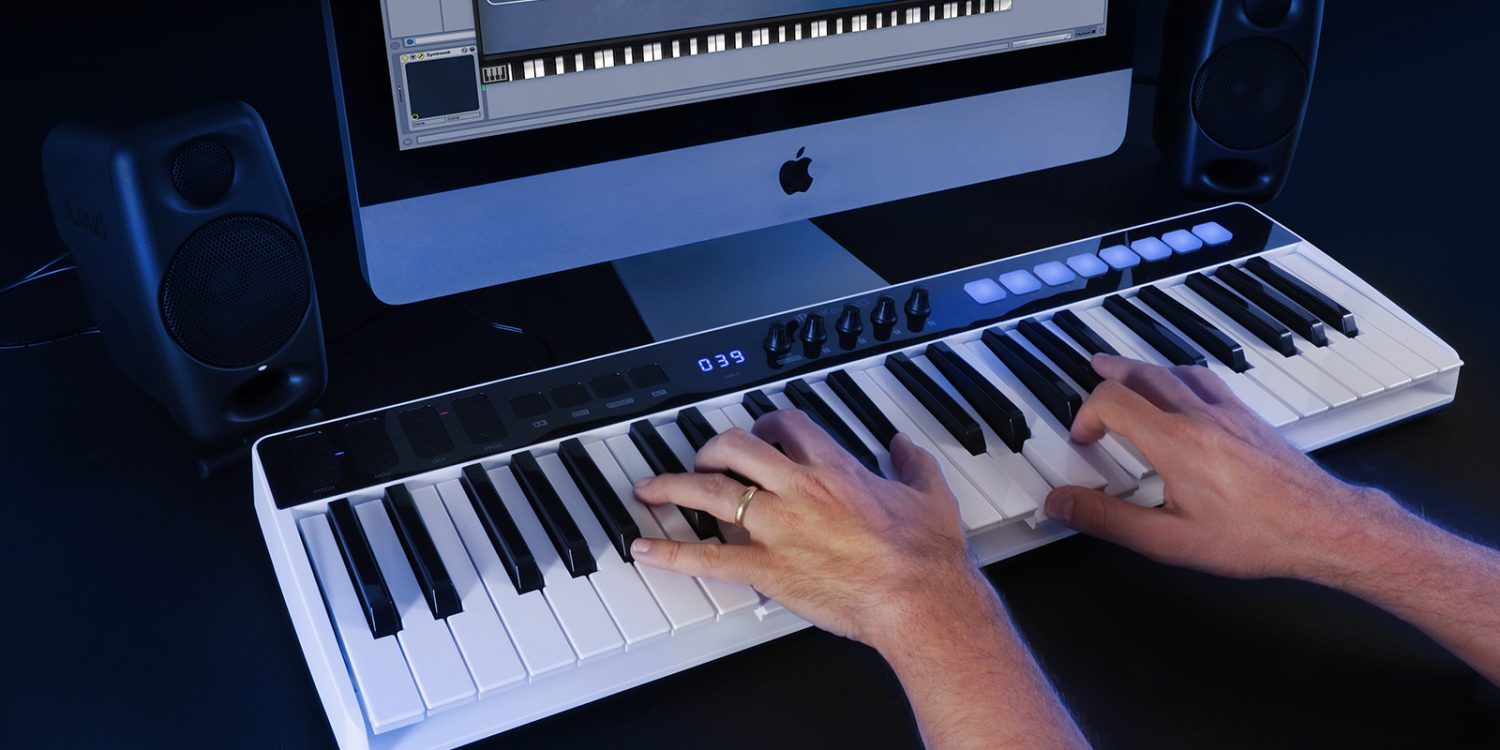 IK Multimedia has released loads of new generation products for portable and mobile musicians over the last 12 months. From the iRig HD 2 condenser mic and the sub-$100 iRig Pre guitar interface, to the new Syntronik for Mac/iOS, IK has something for everyone this holiday season. Back in August, the company debuted its latest MIDI controller product known as iRig Keys I/O. As expected with IK, this appeared to come along with everything you could want in a sub $300 controller, but this time around IK decided to take it one step further with a more all-in-one approach.

The controller keyboard-meets-audio interface brings a lot to the table for the price tag, but is it all a little too good to be true? We decided to put the company’s latest flagship driver to the test over the last couple weeks in a typical home studio environment across a number of different projects. Head below to find out more…

IK claims the new iRig Keys I/O series keyboards are the only 25 or 49-key options on the market that also include a fully integrated audio interface on-board. While I do have a vague memory of other devices in the past doing something along these lines, it has certainly been a while and they likely weren’t doing it at the 24-bit/96kHz sampling rate that the I/O features.

Along the back of the keyboard, you’ll find a combo 1/4-inch/XLR input jack for microphones and instruments along with a dedicated gain control and +48v Phantom Power toggle switch (necessary for most non-USB condenser microphones).

While I personally have already invested a pretty penny in an audio interface for my home studio, the value this adds is quite significant otherwise. Most audio interfaces alone will run you more than this keyboard.

Perfect for beginner producers on a budget or even seasoned vets looking to get some musical sketches done on-the-go. Even if you have a small portable interface — if you need a keyboard wherever you might be going — it doesn’t get much more handy than this. Especially with the smaller 25-key variant.

The recording quality isn’t going to win any A/B tests with pricey competitors (at least to my ears), but it definitely sounds much better than your raw MacBook/iOS options.

As for actual control, you’re getting touch sensitive ribbon controls along the left-hand side of the control surface, multi-colored drum/trigger pads and other navigation/transport controls. To my hands, these feel like full-sized keys with a very musical “synth-action” type of feel. If you’re looking for weighted piano-feeling keys, look elsewhere.

Everything feels quite well made and durable for the price range. The control pots are slightly more wobbly than I would like, but nothing out of the ordinary when compared to much more expensive machines. The entire outer shell is made of a hard plastic, but again, it feels quite nice and the soft rubber feet along the bottom are a nice touch.

Now, as we mentioned above, this keyboard works with your Mac or iOS device right out of the box. You’ll find both USB and Lightning cables included. A small gripe here is that IK is using a sort-of mini MIDI DIN to Lightning/USB connection, and it might be the shortest cable I’ve ever seen. Okay that’s an exaggeration, but unless you’re using it on an iPad that is literally right beside you, it won’t reach. It won’t reach my USB hub when I place the keyboard in the center of my very average-sized desk. And because of the odd adapter situation here, you can’t use any of the plethora of USB cables you already have in your studio.

On the plus side, it does keep things neat and tidy in mobile situations. This thing is powered via USB/Lightning, a not-included DC charger or 4 AA batteries. DC chargers are a dime a dozen these days for the most part, so this didn’t bother me and it’s great to see the option to run it bus-powered or with batteries for back up.

One thing I would say regarding the models here is that the 49-key will likely be too large for on-the-go/location situations, unless you don’t mind a little bit a of a larger setup. The 25 however, is right in that sweet spot when it comes to grabbing your iPad and recording anywhere.

At $300, it’s hard to find much more to complain about here. Sure, you could go out and find an audio interface and a MIDI keyboard for a bit less, but you would certainly be hard-pressed to find gear that works on all your devices, at that recording resolution, and with such a full featured MIDI controller at that price. It is very easy to recommend these keyboards to anyone that is looking for this kind of hybrid functionality.

Be sure to hit up our Logic Pros series for more music production news, reviews, and new products.