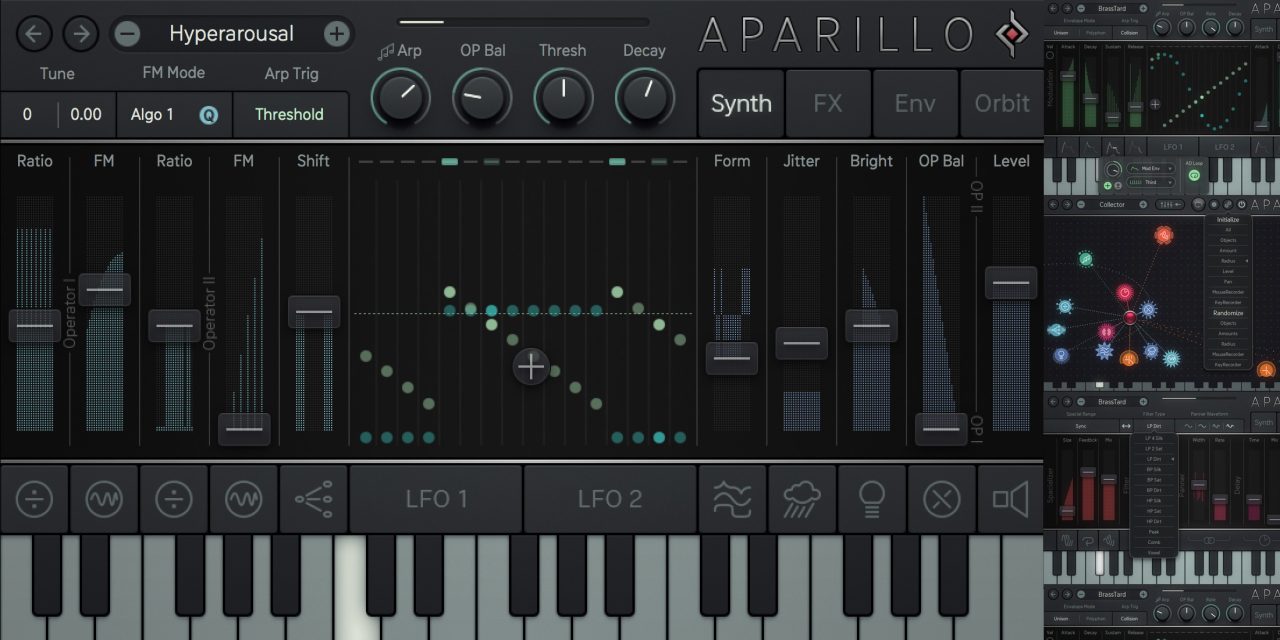 This is the place to catch up on all the biggest product announcements, hardware, apps, synths, Logic/GarageBand instruments and so much more in the world of iOS/Mac music production. This week, one of our favorite plug-in makers has released a massive new FM synth for Mac, IK takes its analog emulations to iOS, apps that turn your Trackpad into a MIDI controller, and, as usual, more free instruments…

One of our favorite third-party plug-in makers out there, Sugar Bytes has now released the Aparillo Textural FM Synthesizer for Mac. The 16-voice FM synth is described as a “Cinematic Machine” with loads of modulation possibilities. There are a pair of “interdependent” FM synthesizers here with what sound like some very interesting tonal options right from the oscillator module including “Jitter, Brightness and Formant/Waveshaping”.

It also looks/sounds as though SugarBytes is taking the filtering and environmental effects to the next level with “a free-signal flow Filter/Spacial Comb device”, polyphonic auto panning and the usual delays/reverbs. Needless to say, we will be taking a much closer look at this one for Logic Pros. Check out the demo video below:

Aparillo is an advanced 16-voice FM synthesizer, tailored for majestic sonic motions. A clever arrangement of synthesis, wave shaping, filtering, FX and modulation unfolds to a serious sound design tool for epicness. Make sure to check out the Orbiter, a mass-controller for immediate, instant Blockbuster themes.

We also had a chance to go hands-on with SB’s Looperator effects unit and the iOS version of the company’s polyphonic dual-oscillator Unique synth.

AudioSwift transforms your Apple Trackpad into a MIDI controller

An interesting new Mac app released this past week known as AudioSwift enables you to turn your Apple Trackpad into a fully functioning MIDI controller, drum pad, X/Y modulation surface, and even more. You can turn faders up and down, draw modulation paths and even play notes in Scale mode.

Check out our full release coverage on AudioSwift right here and you can see it in action above.

We already had a chance to review IK’s beast analog synth emulator when it released for Mac. But now it is coming to iOS in full force. The free to download version of the app includes a good chunk of content (25 sounds from 17 of the 38 total synths). So you can try it out before you drop the $79.99 for the full version as an in-app purchase.

Check out more in our release coverage right here. 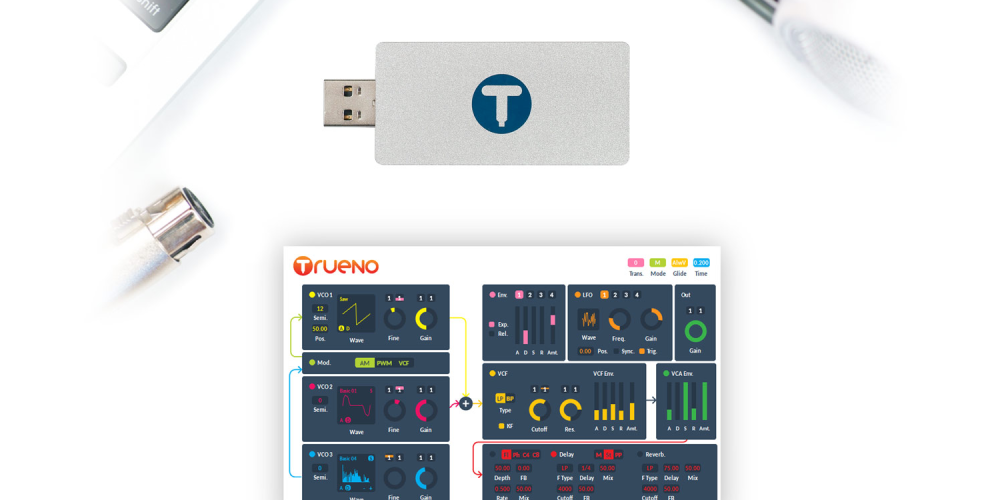 Trueno for Mac is the “world’s smallest analog synthesizer” according to the developers. The tiny adapter-sized analog synth essentially runs on your Mac while processing the actual audio in the hardware itself. At under $200, it’s also a pretty tempting purchase. You can get the full details right here and more below:

You’ll find a load of audio demos on the Trueno site.