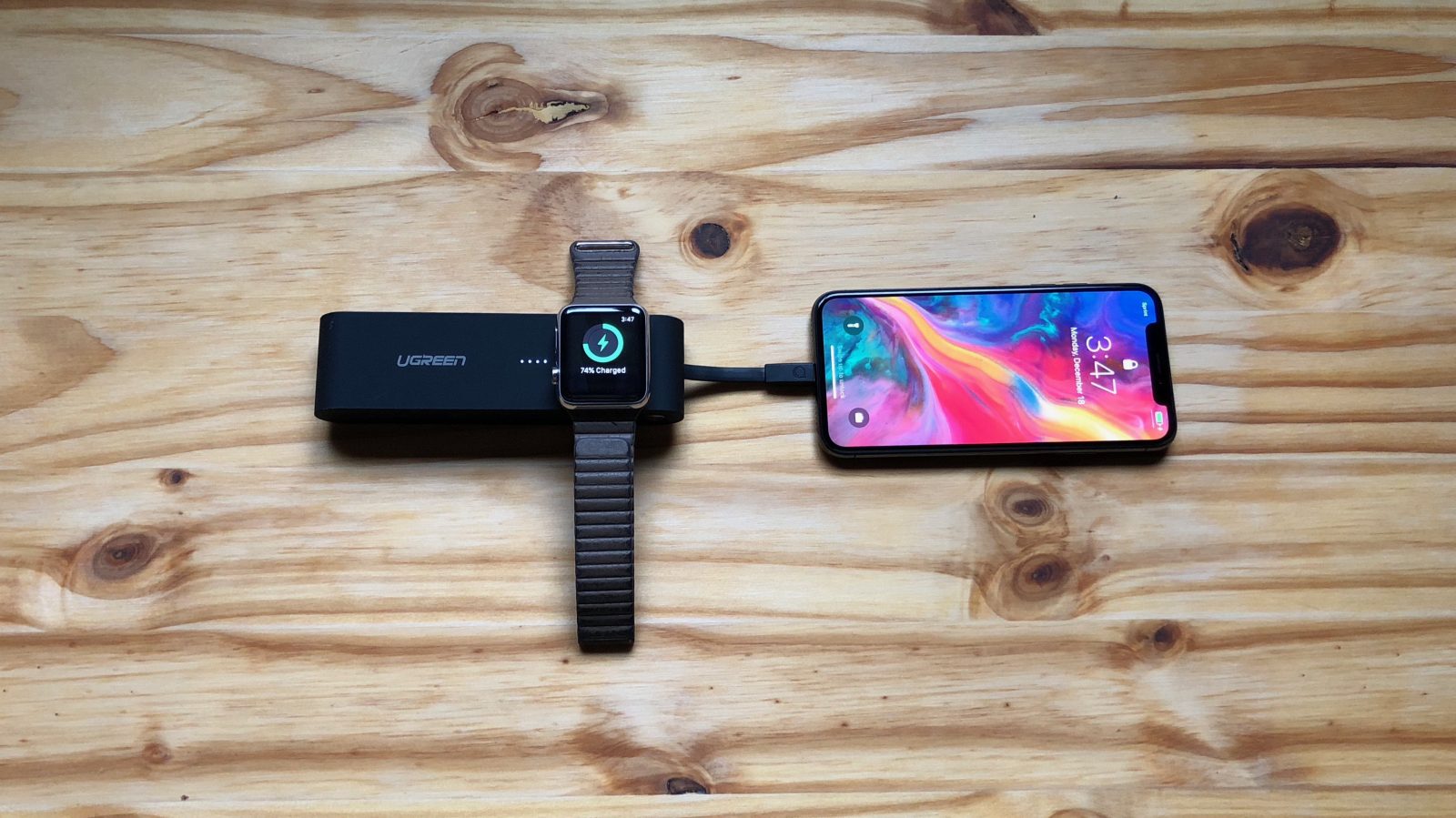 There are lots of third-party products to choose from when it comes to charging your Apple Watch, but not many of them include a built-in magnetic charging puck. For the last couple of weeks I’ve been testing out a unique offering from UGreen, the new 4400mAh portable power bank for Apple Watch, which also includes a built-in Lightning cable.

My colleague Jeff reviewed UGreen’s previous model, which features the built-in magnetic charging puck for Apple Watch, but doesn’t have the built-in Lightning cable. Overall, Jeff was impressed with UGreen’s 2200mAh portable Apple Watch Charger, but felt it was priced a little high.

UGreen’s newest offering adds more value with a larger battery capacity, a built-in Lightning cable and a price tag only $5 more than its sibling at $55 (with current Amazon instant coupon). 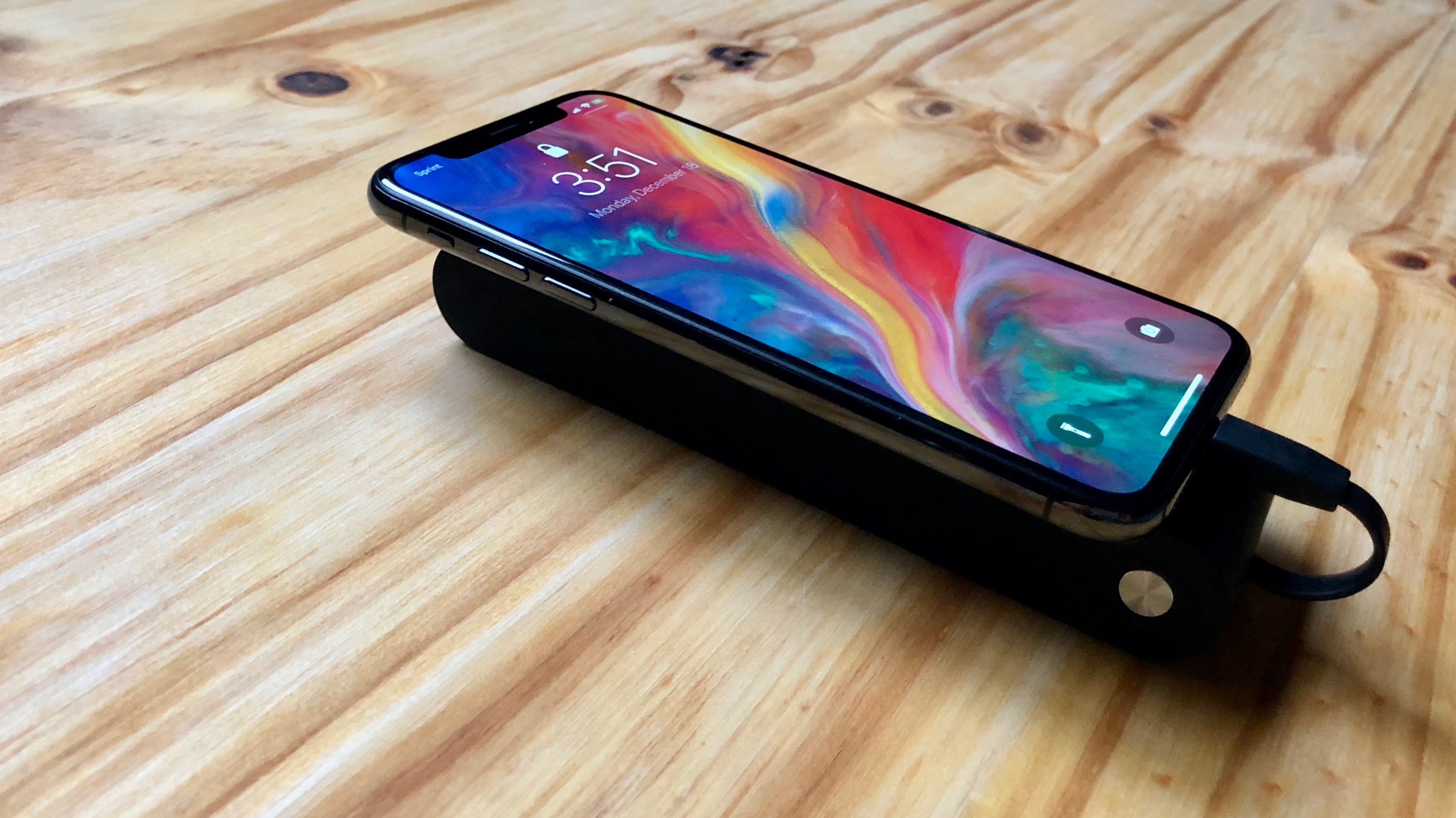 UGreen’s 4400mAh Power Bank with Magnetic Charger has a simple and clean design with a satin finish on the plastic exterior. Although it doesn’t feature a metal build, it still feels solid.

On top is the magnetic charging puck for Apple Watch, and the built-in Lightning cable stows on the bottom of the charger. On one side you’ll find the micro-USB port for charging the internal battery, and on the opposite side is the aluminum power button which also operates the battery LED indicator.

Included in the box is a brief manual, the Power Bank with Magnetic Charger, and a micro USB cable for charging (you’ll need to use your own power brick).

UGreen offers a one-year warranty and life-time service support for all of its products. It’s also worth noting that UGreen has 4.3/5 stars on Amazon for its portable Apple Watch/iPhone chargers (decently higher than Belkin’s Valet Charger).

I’ve been really pleased with this portable charger after using it for the last few weeks, including a weekend trip to Chicago. As I mentioned, I’ve mostly used it to simultaneously charge my iPhone X and Apple Watch overnight.

It’s really convenient to be able to consolidate accessories and chargers when traveling. I already have a few devices (mouse, baby monitor, Bluetooth speaker) that use micro USB for charging, so UGreen’s portable power bank allows me to leave my Apple Watch and iPhone cables and bricks at home.

After a night of fully charging my iPhone X and Apple Watch, I’ve been left with a little juice left in the power bank, but it usually needs recharging. 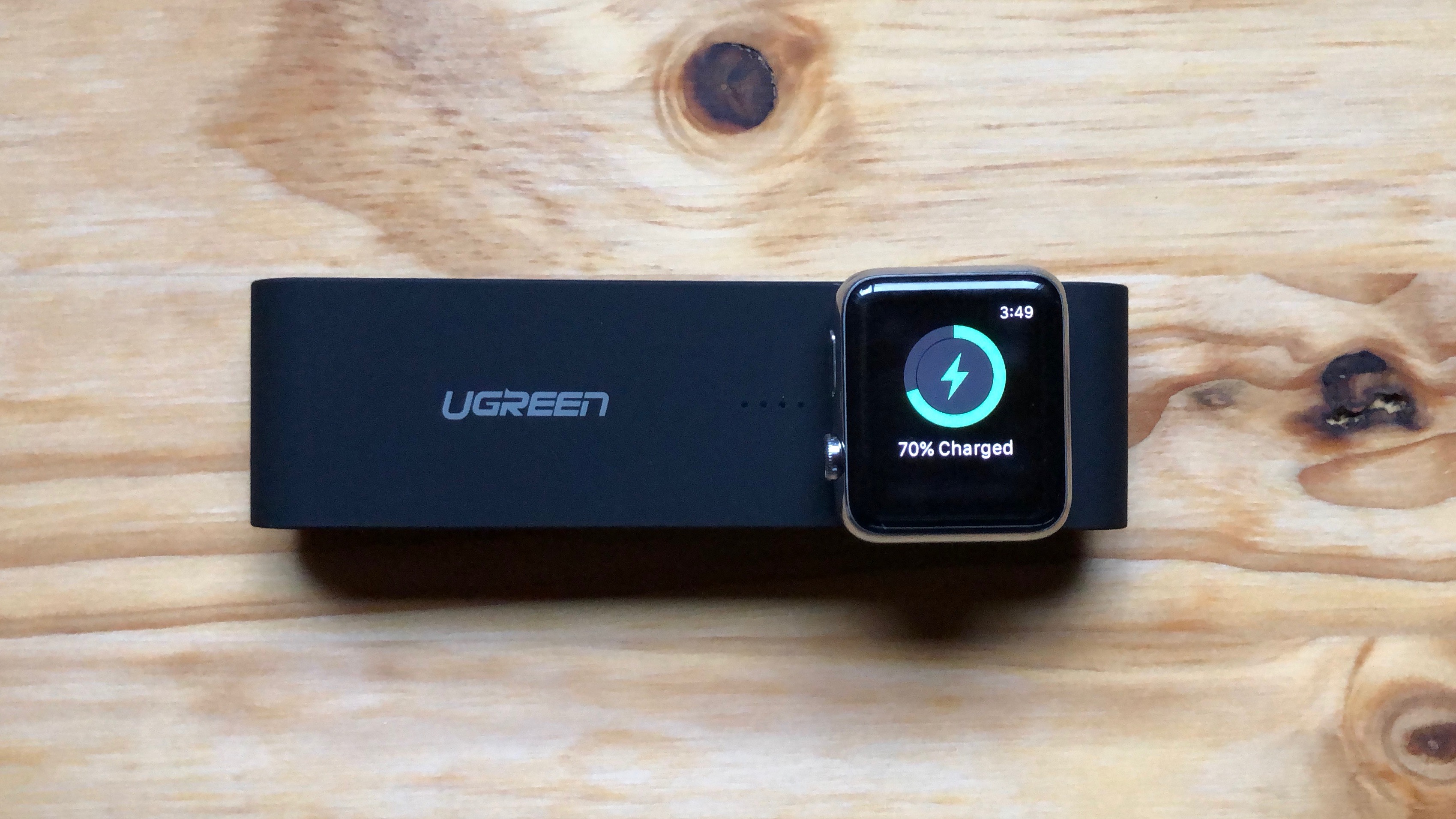 Another option would be to use it mainly for charging your Apple Watch while on the go, which should last for longer trips of about a week. With the versatility and convenience, it feels like a great deal to me when compared to buying a separate power bank, Apple Watch charging puck, and an extra Lightning cable.

Another nice detail is that you can rest the power bank on its side to utilize Night Stand Mode when charging your Apple Watch. When charging just an iPhone, you can flip the Lighting cable up to rest your iPhone on top of the charger. 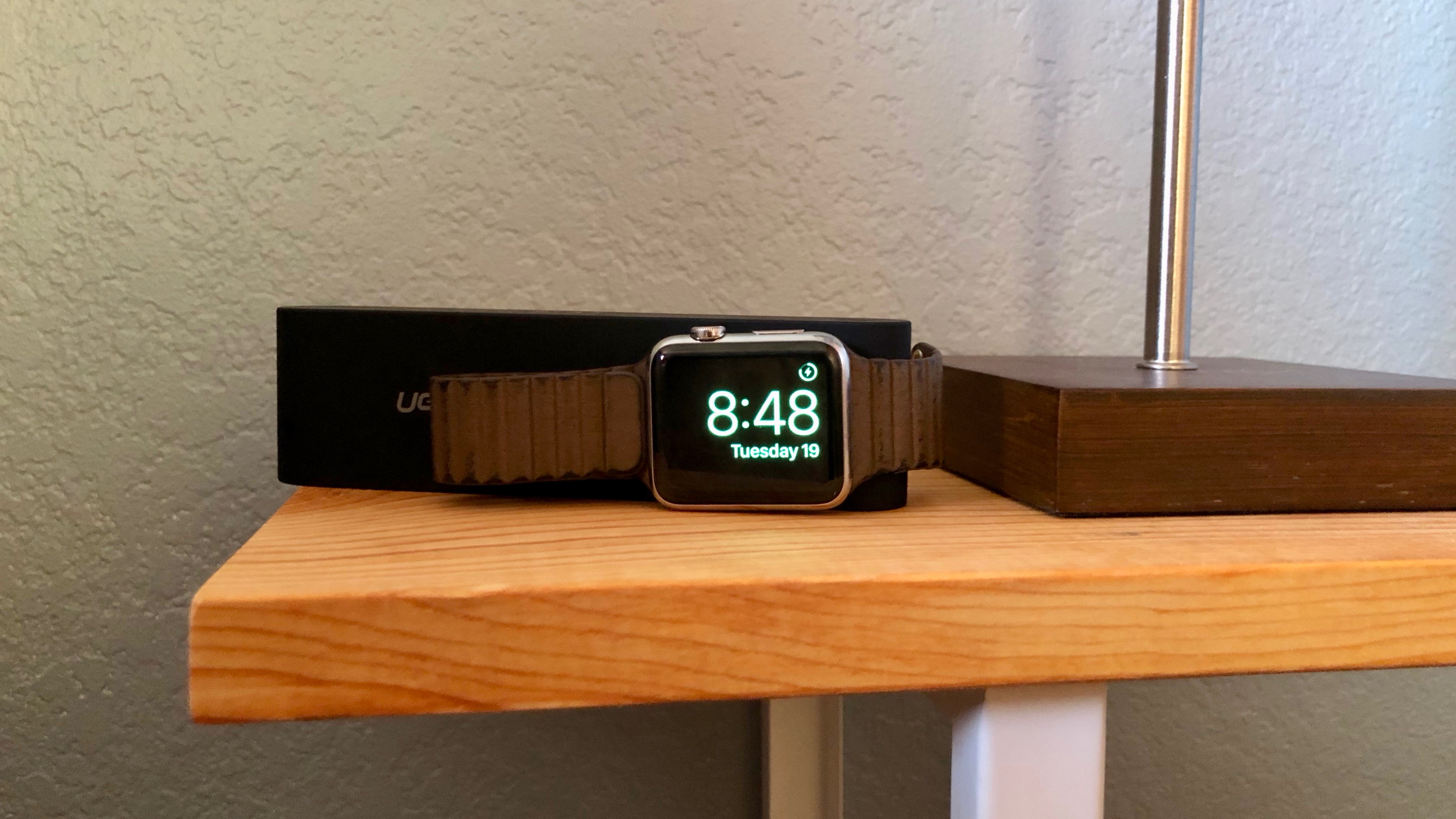 In my use, the portable power bank charges up in about 2.5 hours, a little faster than UGreen says. Just make sure to use a 10W power brick if charging speed is important to you. As far as charging speed for Apple Watch and iPhone, it outputs 5V/1A which is the same as the standard power brick that comes with both devices.

Two things that I think would make this device even better would be the use of USB C instead of micro USB and a model with an even larger battery capacity. However, this is a great device as it ships right now.

Normally priced at $60, UGreen is offering a $5 instant coupon on Amazon bringing this 4400mAh Power Bank with Magnetic Charger down to $55 shipped.