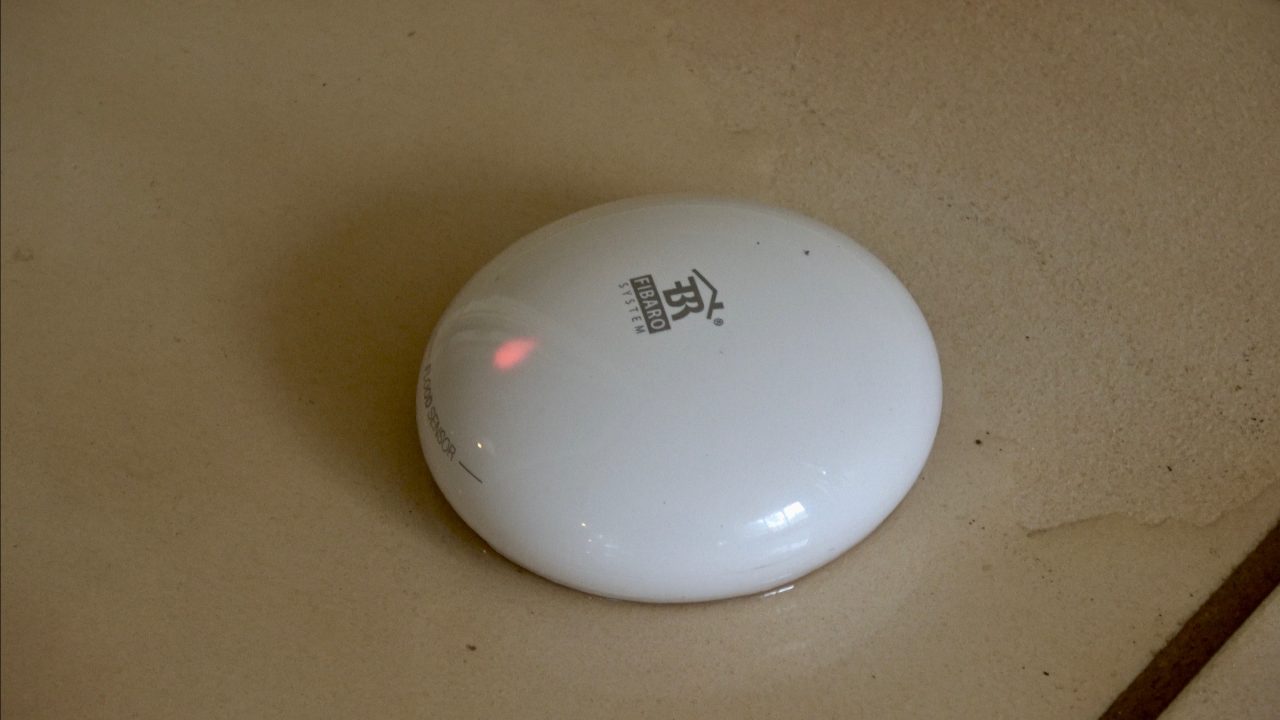 The hardware itself looks like an accessory that could be an official Apple product if the company was in the business of making leak sensors. It features a white plastic shell that looks like a miniaturized version of the original AirPort Extreme and can easily can be placed out of sight.

The top includes a blinking red LED status light that fires up when a leak is detected, and inside the casing is an alarm that screams like a smoke detector when water is detected.

The bottom side of Flood Sensor features three plastic feet that keep the unit in place and three metal pins that react to water contact. The pins also react to movement so you can be alerted to tampering and know if Flood Sensor has been moved or the casing has been opened. Tamper detection is set to medium by default and can be increased, lowered, or disabled.

The shots below are actually of Flood Sensor being used in a real world situation. I suspected that water in the sun room of my new house was caused by the master bathroom shower based on timing. I placed Flood Sensor in the dry area that was previously wet and indeed received the alert that water was detected in the other room.

HomeKit use is simple. Give the leak detector a name and assign it to a room in your house, then the Home app will send you an alert if Flood Sensor is triggered. You can also monitor battery level (Leak Sensor is rated for two years with its included CR123A battery) and tampered status in the Home app. 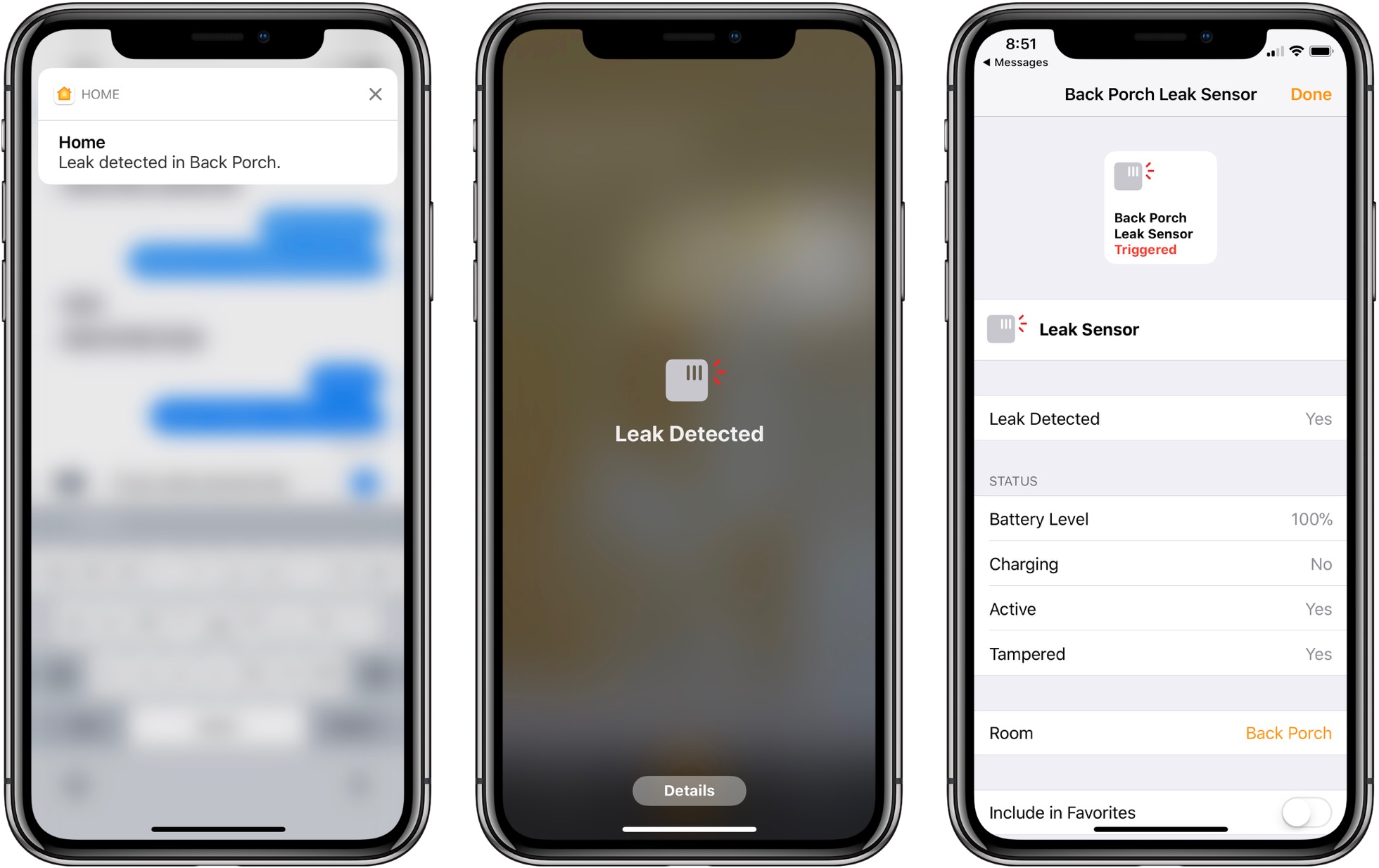 Managing multiple HomeKit accessories in Apple’s Home app is a great alternative to managing a folder of third-party apps from accessory makers, but you can still use Fibaro’s iPhone app to use Flood Sensor’s features. 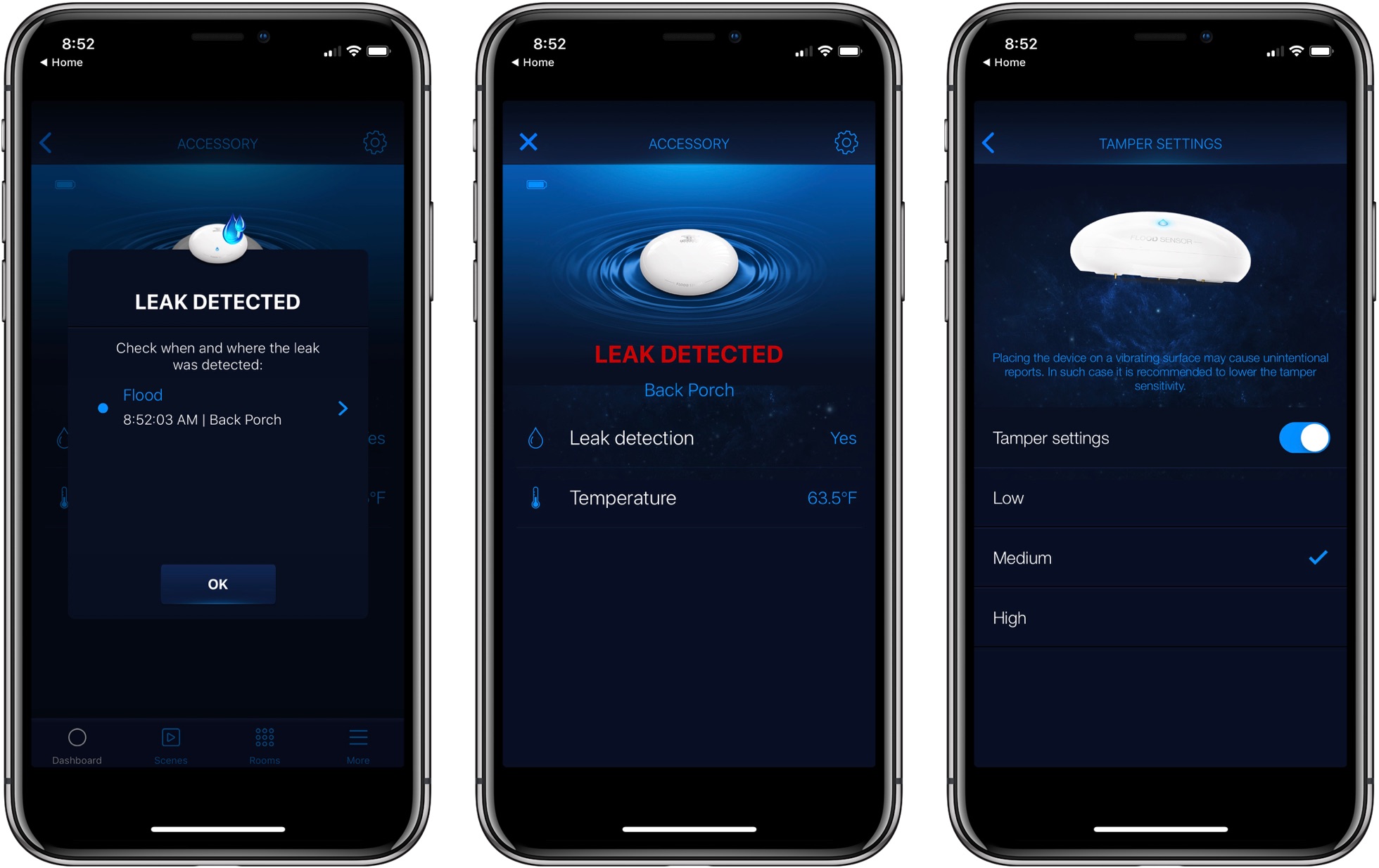 Aside from convenience of managing a single app, HomeKit support also lets Fibaro Flood Sensor work with other HomeKit-connected accessories using automation. For example, you can create an automation in Apple’s Home app that turns on lights and changes their color to red if a leak is detected. You could also create an automation that turns off electronics in the room where the leak has been discovered as a safety precaution. 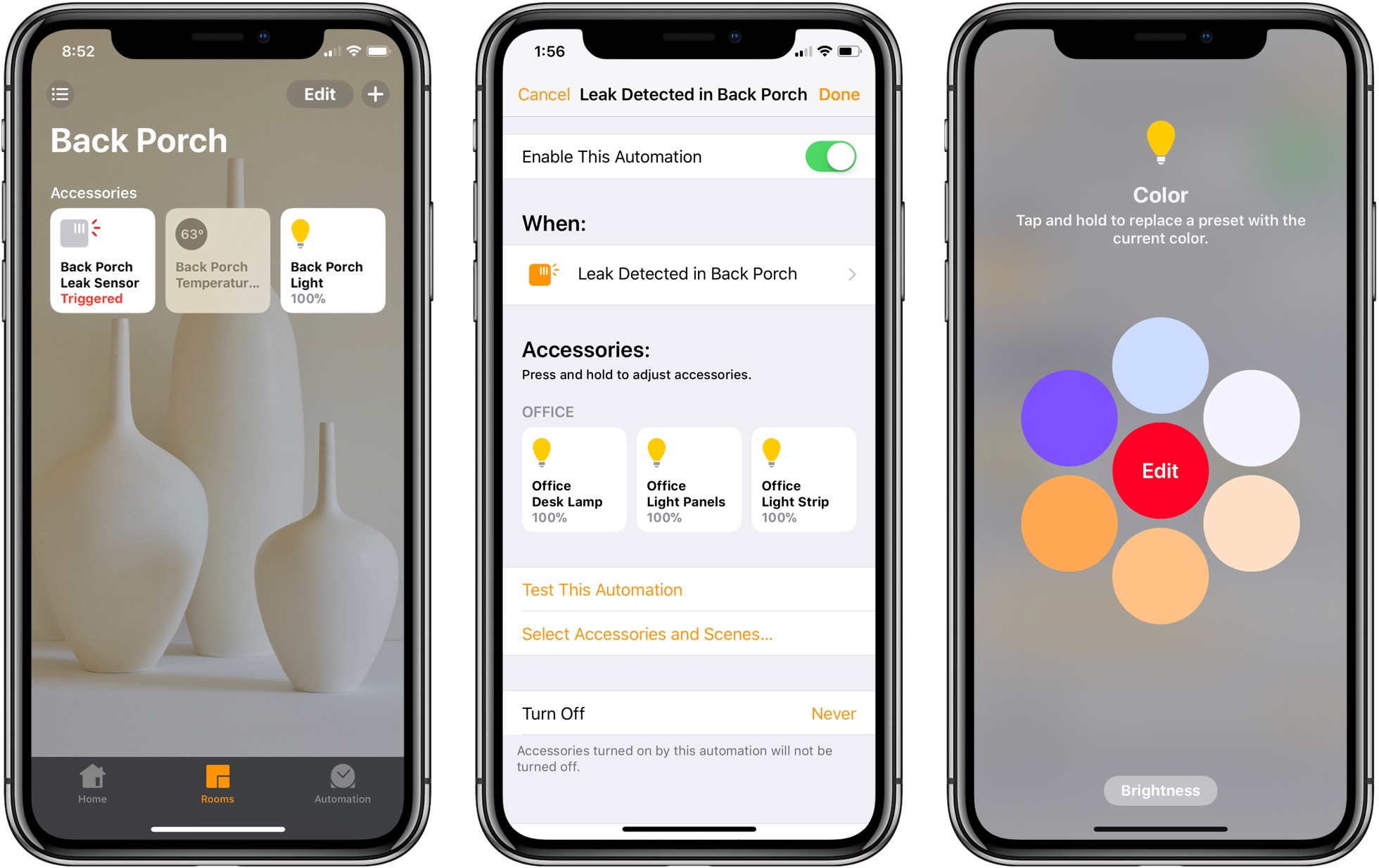 Fibaro Flood Sensor with HomeKit compatibility (model FGBHFS-101) is available for $69.99; Z-Wave users will want to opt for the $59.99 FGFS-101 ZW5 model which doesn’t work with HomeKit. You can learn more from Fibaro’s website.