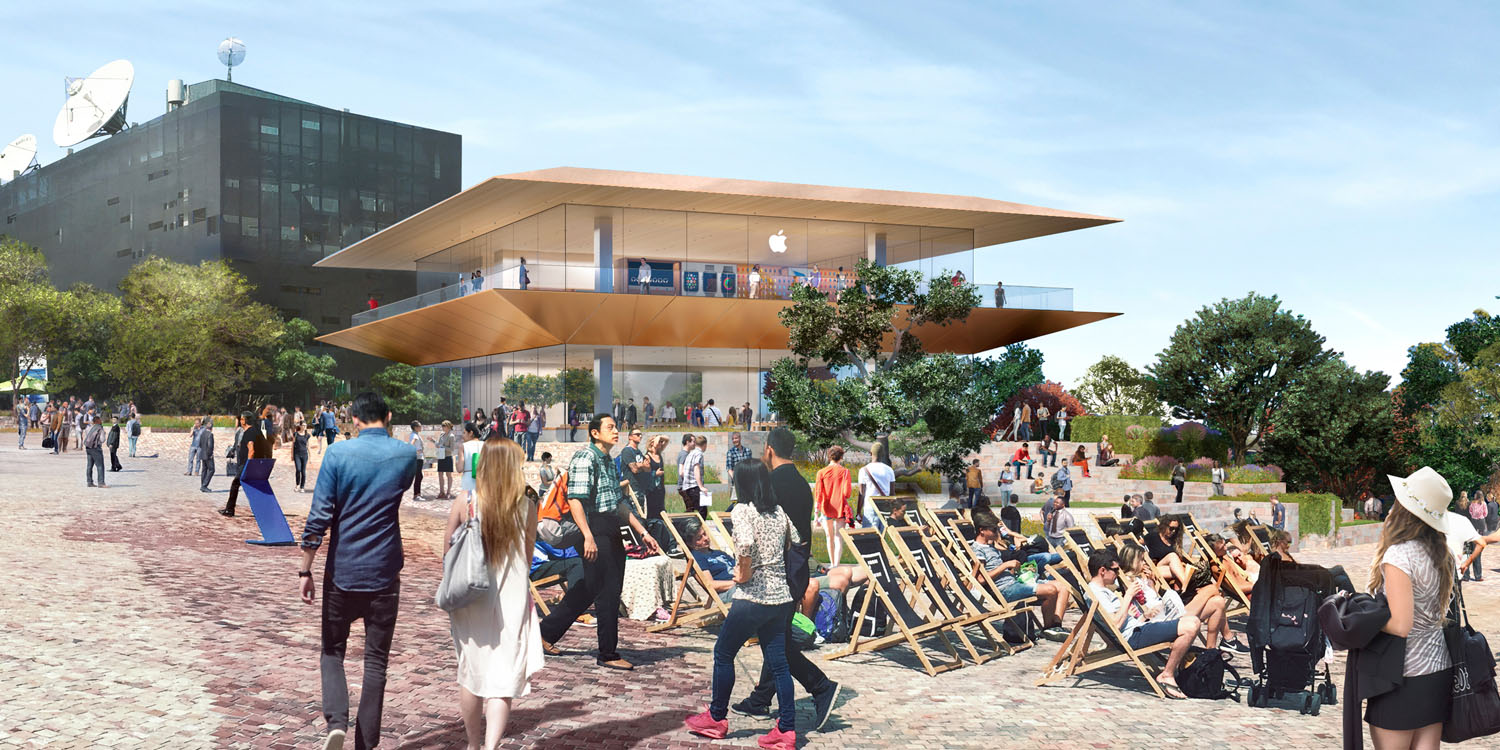 When Apple announced plans for a new ‘global flagship’ store in Melbourne, Australia, it was welcomed by both government ministers and the square’s original architect.

Tourism minister John Eren said that the store would ‘breathe new life into Federation Square,’ while architect Donald Bates said that the development ‘respects and expands on the original vision for the site.’ It will also involve the demolition of an existing building many view as an eyesore.

But not everyone is happy about the plan …

Business Insider reports that many Twitter users are questioning the decision to hand over what is currently a public space to a private company.

The Victorian government’s decision to demolish one of Melbourne’s landmark buildings in Federation Square to make way for an Apple store has triggered a surprising backlash […] Residents, visitors and politicians have been quick to condemn handing over a 20-year lease of part of a public space to a multinational corporation.

Despite being the butt of relentless ugly architecture jokes ever since it was opened in 2002, the decision to allow Apple to build a giant store on the plaza — which is next to the Yarra River and beside Melbourne’s Flinders Street Station in the heart of the city — has people calling for the decision to be reversed.

The chair of the city’s Arts, Culture and Heritage committee has said that there has been no consultation on the decision.

The new Apple store replacing the Yarra building at Fed Square is radically different architecture and converts cultural/civic space to commercial. And despite this being a public centre, the changes to the planning scheme have already been approved without any public process. pic.twitter.com/9JkfjRGgiL

Other tweets echo the sentiment that while few will miss the existing building, public space should not be handed over for use by any store.

We’ve reached out to Apple for comment on the objections, and will update with any response.