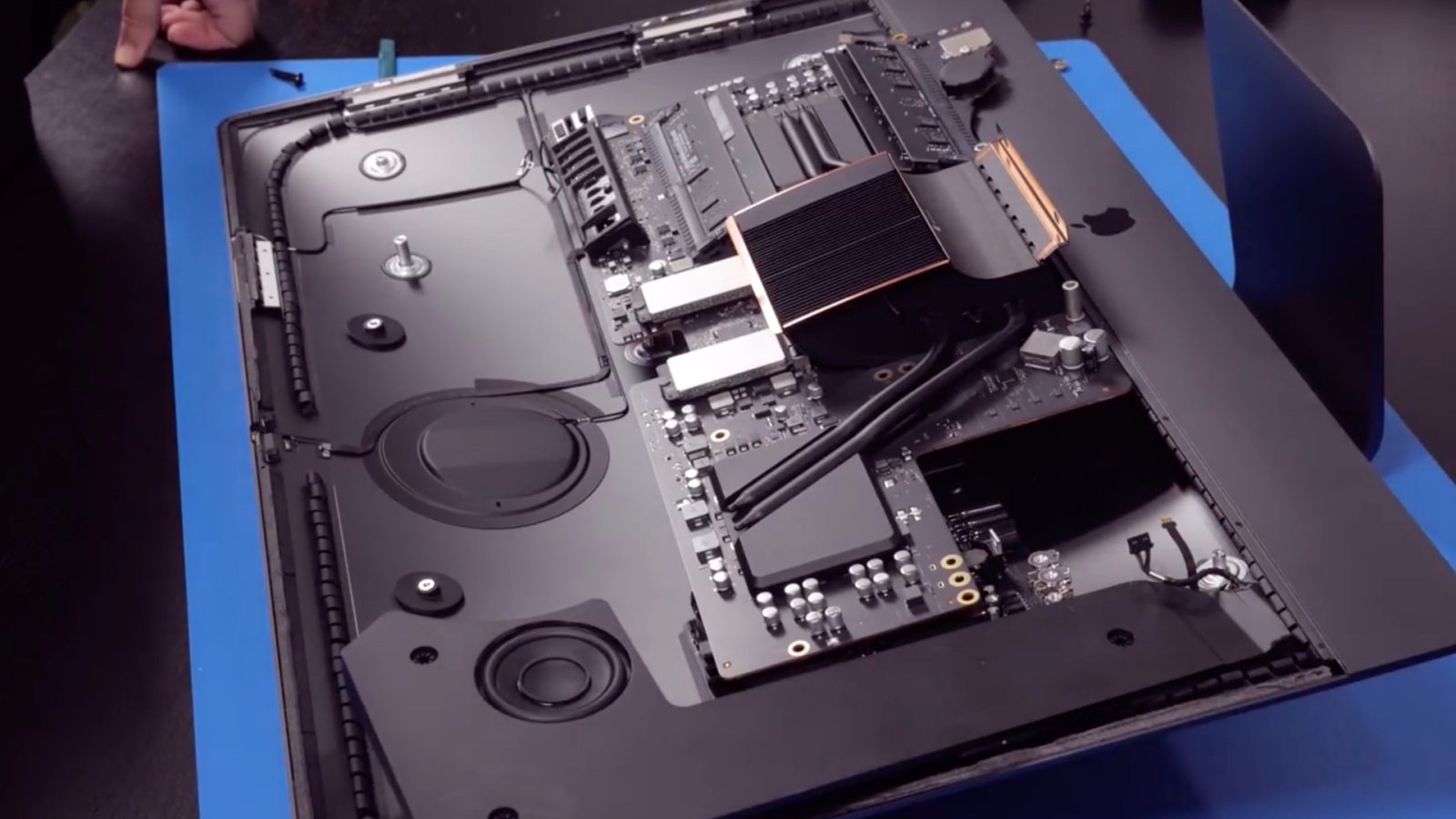 It was only a matter of time before the iMac Pro teardowns begun to surface. The first team up to bat is Mac component upgrade provider OWC. The Woodstock, IL-based company is keenly interested in the just-launched iMac Pro, since it features a different internal configuration and layout compared to standard 5K iMac models.

OWC produces memory and storage upgrades for Mac computers, so this first foray inside the iMac Pro chassis is a way for it to scope out the territory, as it were. Have a look at the teardown inside, and learn some of the details about the base model iMac Pro.

A couple of interesting points of note revealed upfront is that the base model iMac Pro features 32GB of RAM in a 4 x 8GB configuration. The iMac Pro features four DIMM sockets, and the 4x 8GB configuration allows it to take advantage of its quad-channel memory capability. This appears to be the same across all iMac Pro memory configs, with 64GB featuring a 4 x 16GB config and 128GB featuring a 4 x 32GB config.

Another interesting point is that the base model iMac Pro’s 1TB SSD is comprised of two 512GB SSDs in a RAID configuration. Each SSD features a tamper-proof sticker on top of the screw housing for good measure. The good news is that both drives appear to be easily removable via a simple unscrew. 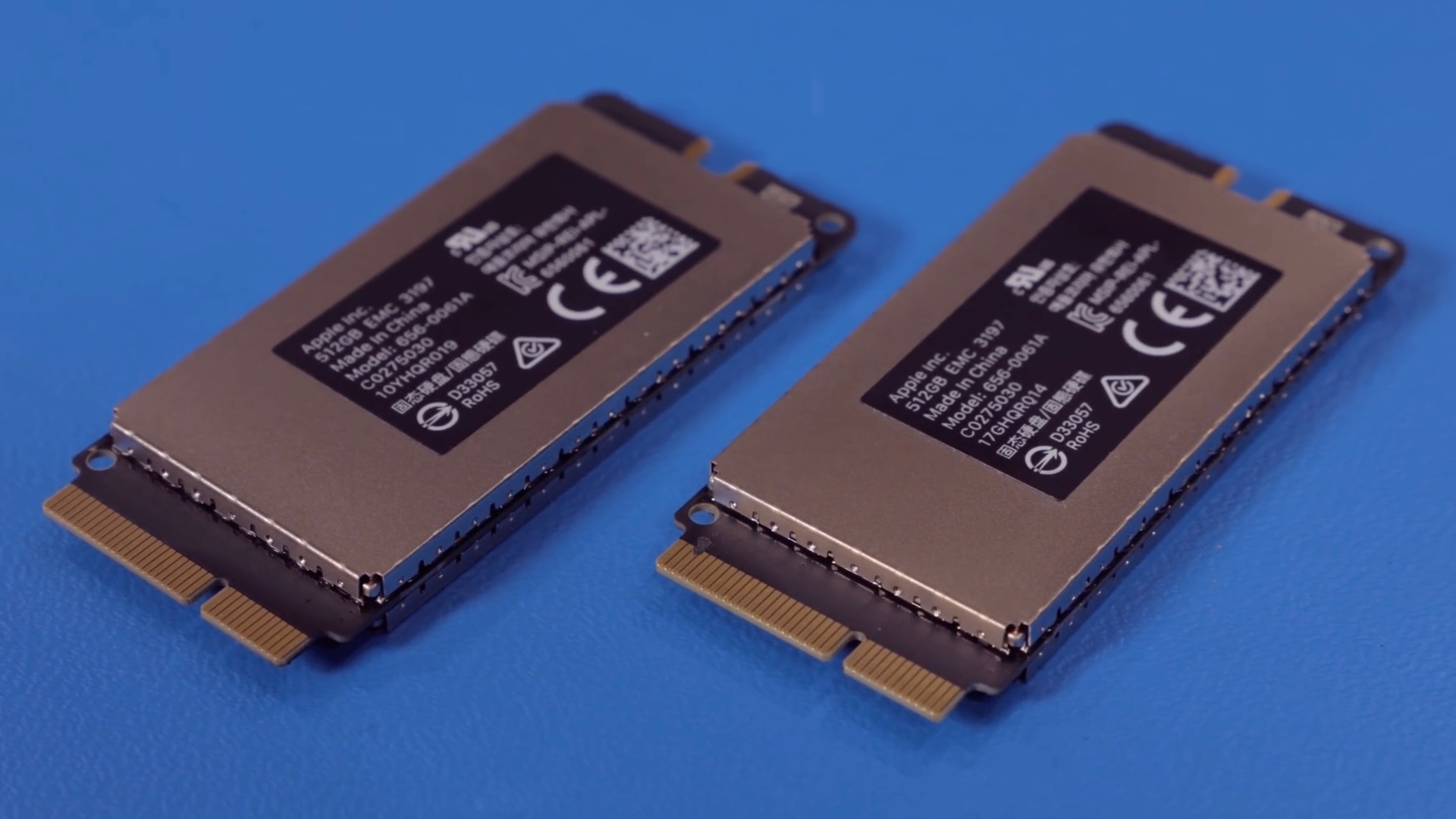 The 4 x 4 memory configuration presents an interesting conundrum for anyone wishing to perform memory upgrades after purchase. It means, for instance, that you can’t just slap two additional 16GB DIMM modules in the base-model iMac Pro to upgrade it from 32GB to 64GB.

Besides that, just like all iMacs, the amount of effort that it takes to actually get inside the machine isn’t for the faint of heart. The difference with the iMac Pro is that it doesn’t feature a handy door for do-it-yourself memory upgrades like the 5K iMac does. 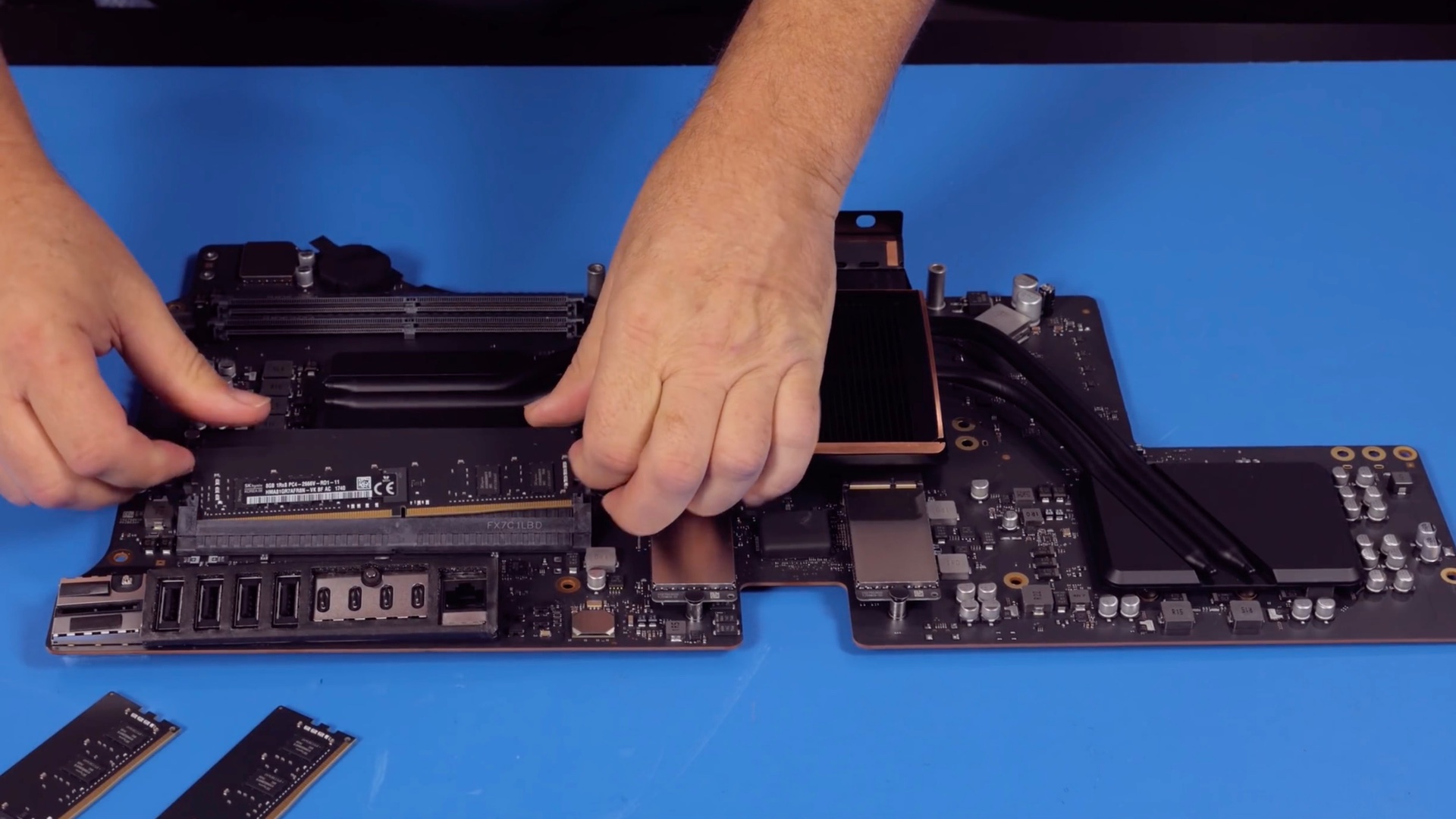 Apple will eventually allow RAM upgrades via authorized service providers, but considering all that needs to be done in order to get to the RAM, I’m not sure if I’d personally be comfortable with someone cracking open my $5000+ machine, authorized personnel or not. OWC notes that it will soon launch a program that allows users to send in their iMac Pro to have memory upgrades performed by its staff. More details on that program will surely be revealed in due process.

Unsurprisingly, OWC is also planning a DIY upgrade kit for advanced users who have no qualms about going through everything involved with performing memory upgrades. It may not be for the faint of heart, but at least you have the peace of mind of knowing that a memory upgrade is possible thanks to Apple’s use of normal removable DIMM memory modules inserted into standard sockets.

“That being said, with consideration to the relatively limited trade-in value of the lowest base 32GB option, the current cost of a full 64GB or 128GB kit and the labor involved with the upgrade – we currently recommend purchasing an iMac Pro with the amount of memory you believe will be needed. While it is huge benefit to have the option in the future, at present the financial benefit is relatively small vs. the factory cost differences to upgrade from that base 32GB. Over time this difference will likely grow and a real benefit will come to be, but for now we do feel the knowledge that an upgrade is possible is of more benefit than choosing to upgrade aftermarket at this time.” 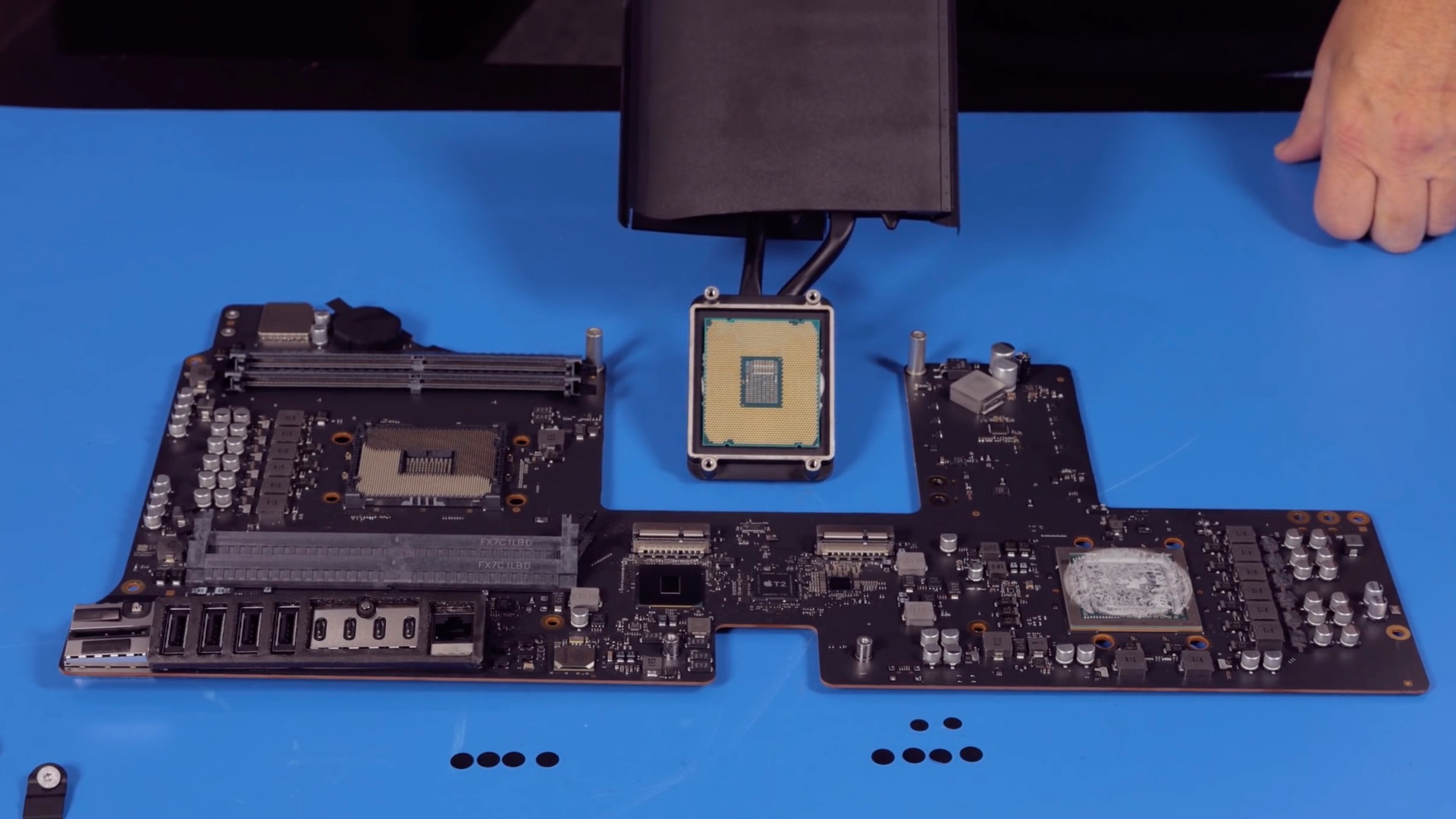 OWC continues its teardown by removing the heatsink for the CPU and GPU, revealing the Intel Xeon W 8-core CPU in all of its glory. It goes on to note that the CPU, held into place with a generous helping of thermal compound, may be upgradable. It looks promising, but only further testing will establish whether or not that turns out to be a reality.

Although OWC’s teardown might not be as extensive as the sure-to-be-upcoming teardown from iFixit, the video provides a valuable first look at the machine’s internal components, and paints a promising picture of the all-in-one beast’s upgrade potential.

Does the teardown video change your opinion of the iMac Pro in any way? Would you entertain the idea of a post-purchase upgrade?