How to download new Trump exposé ‘Fire and Fury’ on iPhone, iPad, and Mac 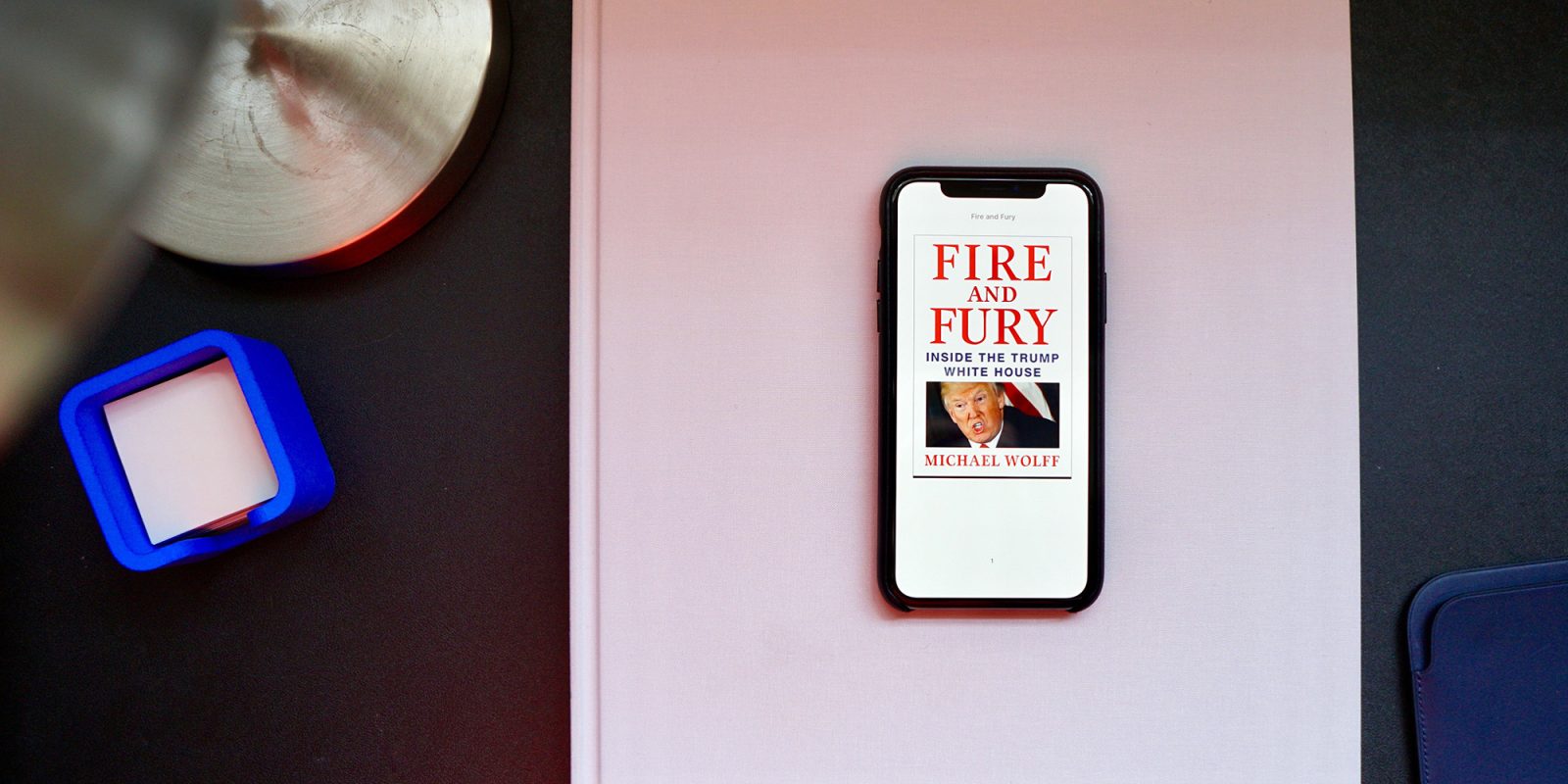 The new Trump exposé Fire and Fury: Inside the Trump White House officially released today ahead of schedule despite opposition from the administration and others involved. It is now available via the Kindle app on iPad, iPhone and more at Amazon for $15. It is also available for purchase via iBooks as well.

Award-winning author Michael Wolff is behind this controversial title that details the first full-year of Donald Trump’s presidency. Wolff has won plenty of awards for his work in the past, while serving as a columnist for GQ, USA Today, The Guardian and others.

On Thursday, President Trump’s legal staff sent a cease and desist letter to Wolff’s publisher, demanding that the book not see the light of day. The book’s release date was then moved up to today at 9AM eastern time before any legal action could take place. Here’s a brief excerpt:

The reason to write this book could not be more obvious. With the inauguration of Donald Trump on January 20, 2017, the United States entered the eye of the most extraordinary political storm since at least Watergate. As the day approached, I set out to tell this story in as contemporaneous a fashion as possible, and to try to see life in the Trump White House through the eyes of the people closest to it.

This was originally conceived as an account of the Trump administration’s first hundred days, that most traditional marker of a presidency. But events barreled on without natural pause from more than two hundred days, the curtain coming down on the first act of Trump’s presidency only with the appointment of retired general John Kelly as the Chief of Staff in late July.

Amazon’s Kindle app offers a variety of ways to enjoy content, which includes magazines, novels and more. Text can be re-sized and features like  X-Ray, Whispersync, and Page Flip make reading easier than ever. More details on the Kindle app are available here.

iBooks is available on iPhone, iPad and Mac with iCloud syncing across all devices. You can have your books read to you in the car with CarPlay and Audiobooks, as well.

Buy Fire and Fury: Inside the Trump White House on Amazon or iBooks.