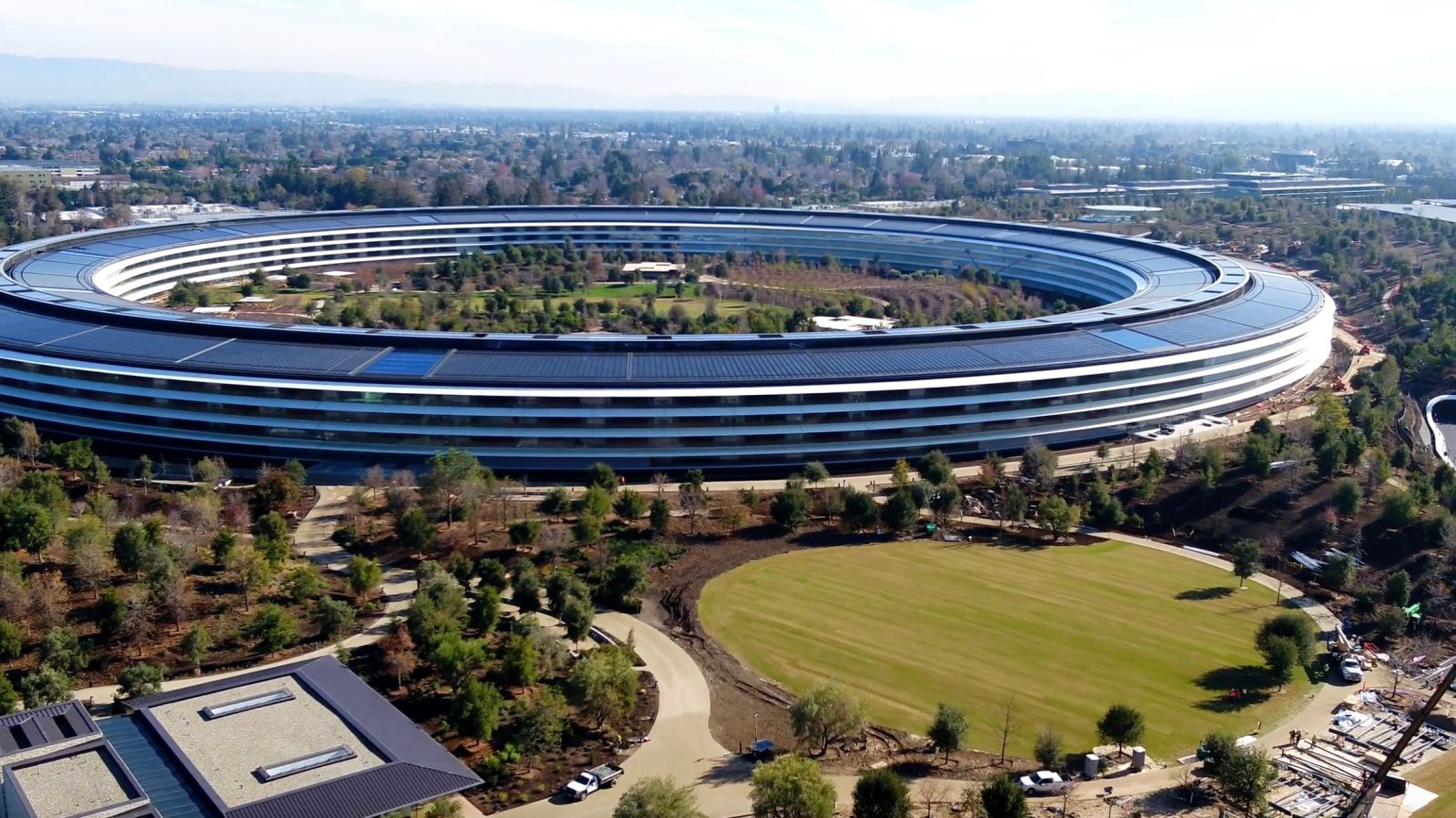 As we head into 2018, Apple is continuing final touches on its new Apple Park headquarters. Today, new drone footage from Duncan Sinfield shows the work Apple has completed over recent months, as well as areas where work continues…

As has been the case in most of the recent done updates showcasing Apple Park, much of the work that still remains is landscaping. While the inner part of the spaceship ring is starting to flourish, the outside is still barren in most places as landscaping continues.

One notable thing about this video is that much of the larger construction equipment is no longer present around Apple Park. This signals that the company is nearly completed with construction after years of work.

It’s been incredibly interesting to watch Apple Park take shape over recent years. Come next month, it will have been officially 1 year since Apple announced naming for Apple Park and Steve Jobs Theater.

Keep up with the latest Apple Park in our continually updated guide right here. Watch today’s new video below.