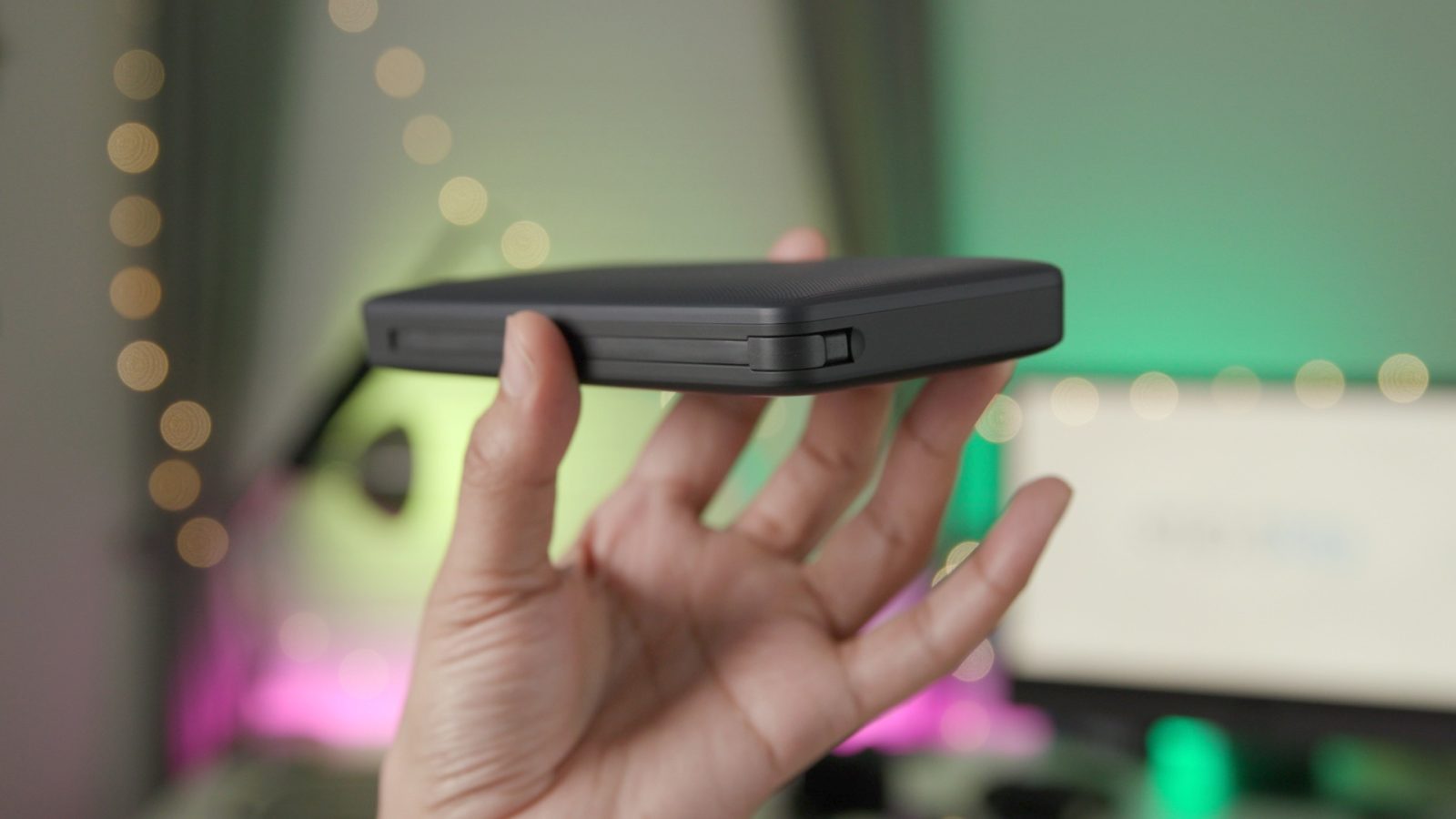 We’ve reviewed several Ugreen products in the past, but this is probably the most useful one that I’ve seen thus far. It’s a huge 20,000 mAh MFi Power Bank, which is capable of recharging your iPhone five times over. That in and of itself is nice, but the real benefit of this particular USB power pack is its built-in Lightning cable, which easily tucks away inside the unit for storage.

The best thing about the Ugreen PowerBank is its built-in, flexible Lightning cable. This makes it extremely easy to connect and charge your iOS devices without needing to hunt around for a cable.

The unit also features a USB-A port for connecting a second USB cable for charging non-Lightning devices or a second Lightning device. The Power Bank is also capable of charging two devices simultaneously. 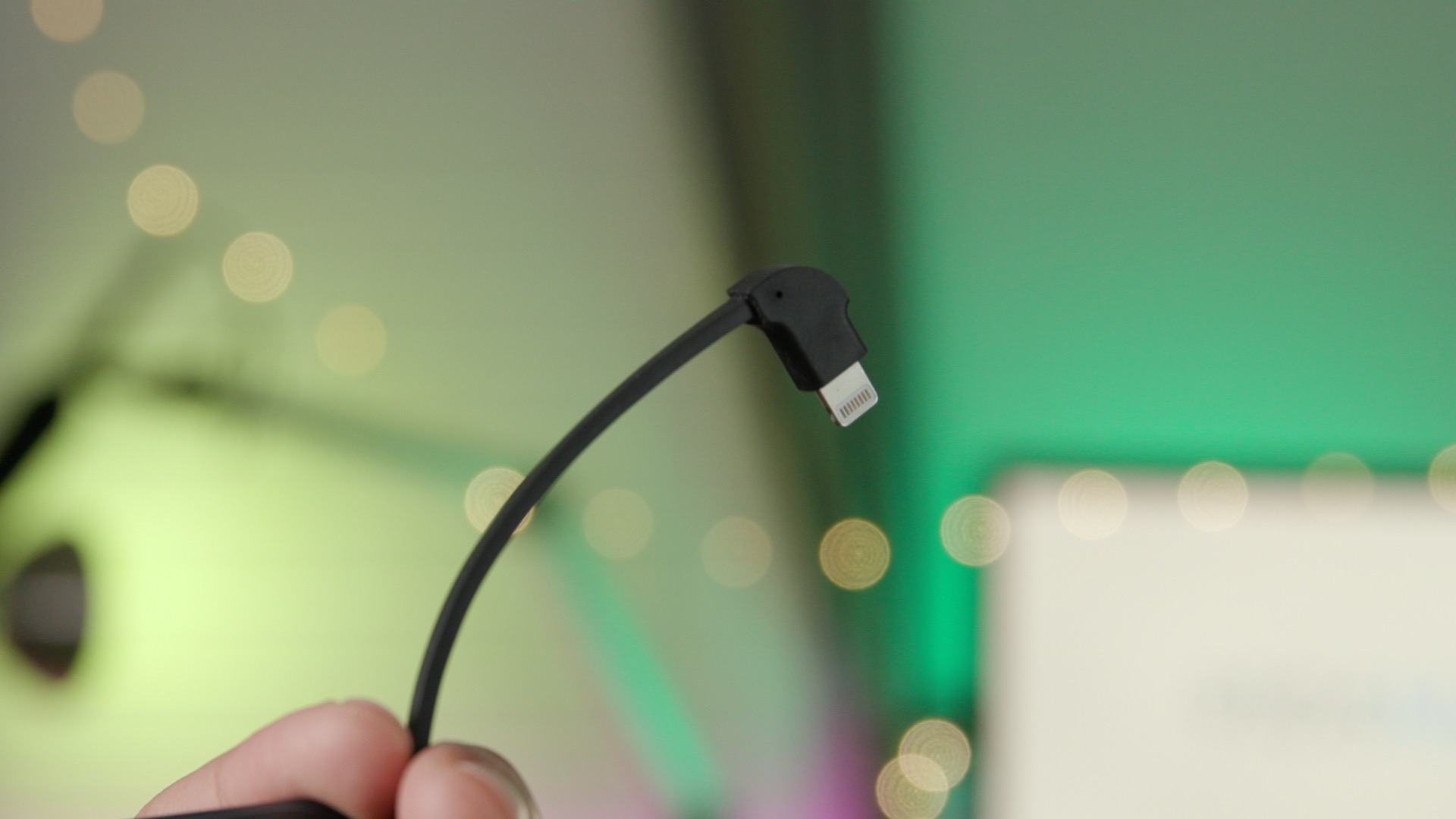 The build quality is solid, featuring a minimal black plastic design. The dimpled top area features a simple Ugreen logo, while the back and sides feature smooth soft touch plastic. The Lightning cable is covered in flexible rubber that allows it to be easily inserted and removed from the unit’s side panel. The Lightning connector itself snaps into place, helping to keep the cable tucked away until needed. 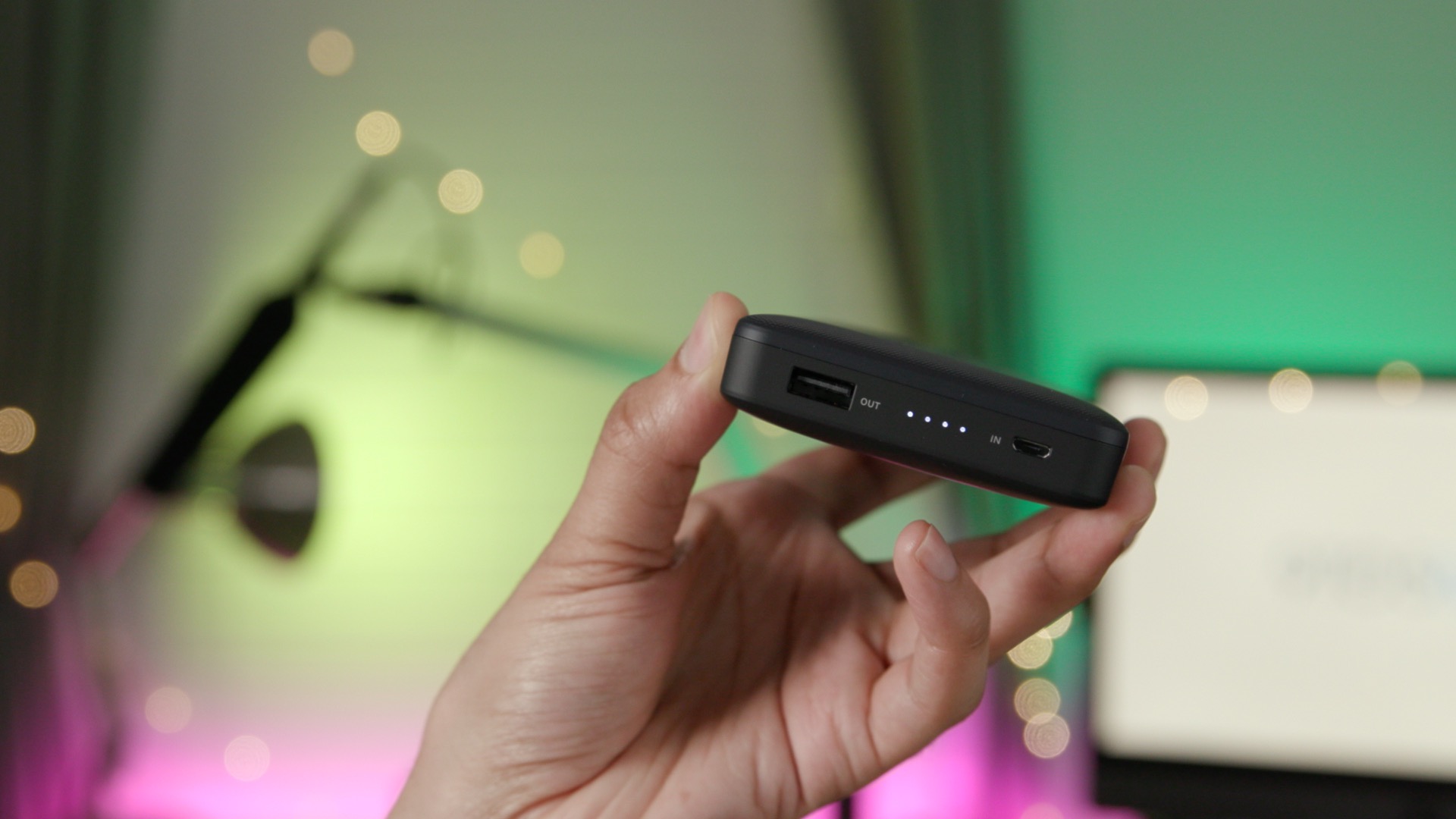 Having such a large power source at your disposal is handy, but it means that it’s bound to be large and heavy. The Ugreen Power Bank is roughly the size of two iPhone 8 Plus smartphones stacked on top of one another. Weight is estimated to be just over one pound. All in all, I think the power to size/weight ratio is reasonable.

I found charging performance to be good, roughly what you’d expect from a 10W iPad charger. You won’t mistake it for fast charging, but it’s faster than the 5W charger that Apple includes with its iPhones, and good enough for charging on the go. If you want slightly faster charging performance, you can utilize the USB-A port, which provides around 12W of power to eligible devices.

As mentioned, the Power Bank features four LED indicators to help users determine current charging, discharging, and overall battery status. Four LEDs = 75-100% remaining capacity, 3 = 50%-75, and so on. When charging, a single LED flash = 0-25% charged, a solid LED plus one flashing = 25-50% charged, etc. The inverse principle applies when the unit is discharging.

One gripe that I have with the LED status indicator is that they remain on during the duration of a charge. I think users should have the option of turning off the LED indicators if they wish to do so, for instance if trying to sleep in a dark room. 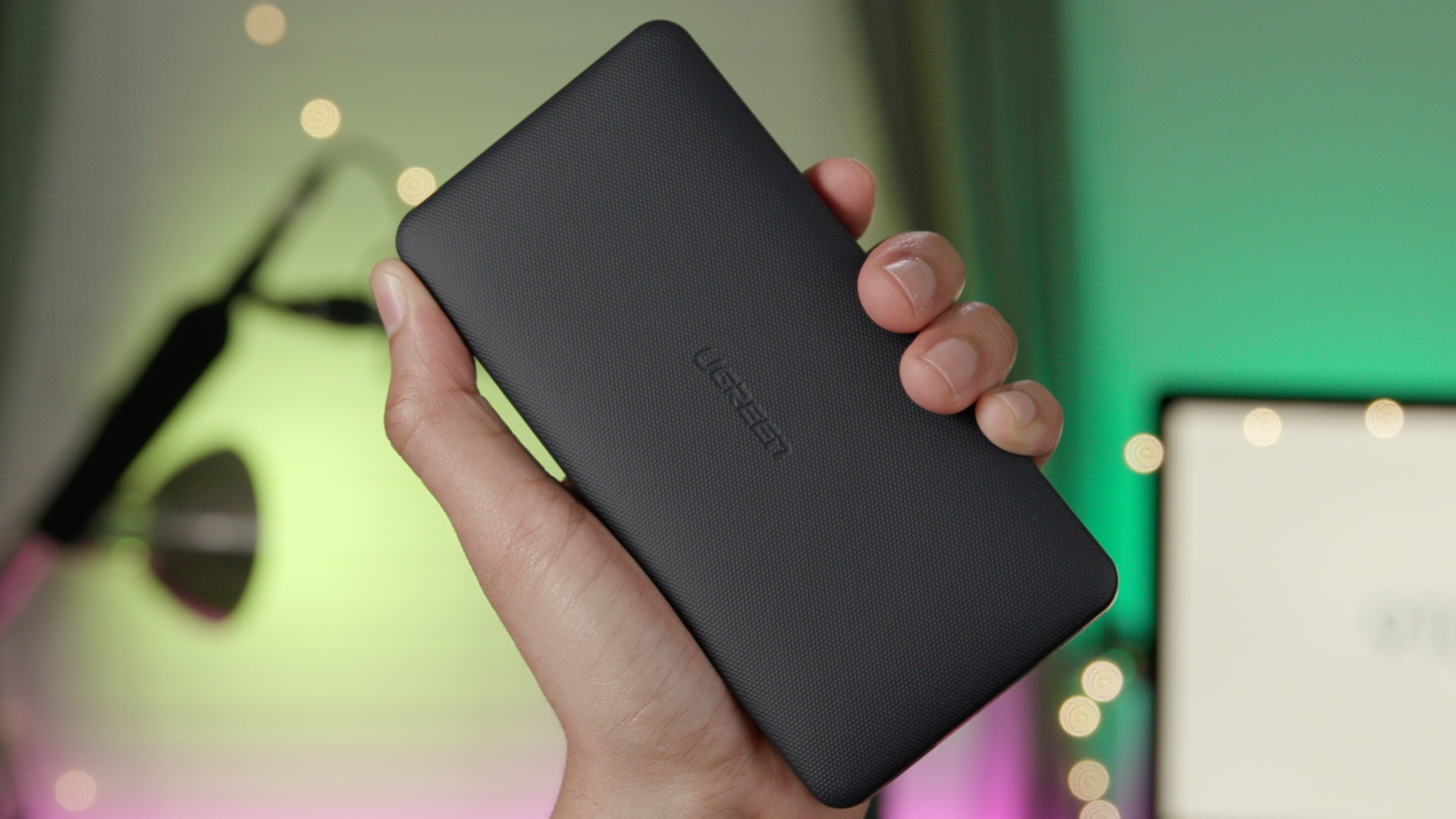 The great thing about the Ugreen Power Bank is that you don’t really have to think about it. As long as you allocate the time to charge it before a journey, you should be good. After that, you don’t have to worry about forgetting a Lightning cable, and you don’t have to worry about powering it off or powering it on.  The unit is completely automated when it comes to regulating power, allowing you to focus on your journey without needless mental overhead.

The unit’s largest downside is obviously the time it takes to recharge it in full, which takes a whopping 10 hours. To add insult to injury, Ugreen opted to go with Micro USB instead of a USB Type-C input.

It is a little large, and a bit heavy, but that’s what you’d expect from a unit packing a 20,000mAh battery. At just under $40, the Ugreen Power Bank is a solid buy.

What’s your favorite way to keep your iOS devices charged while on the go?