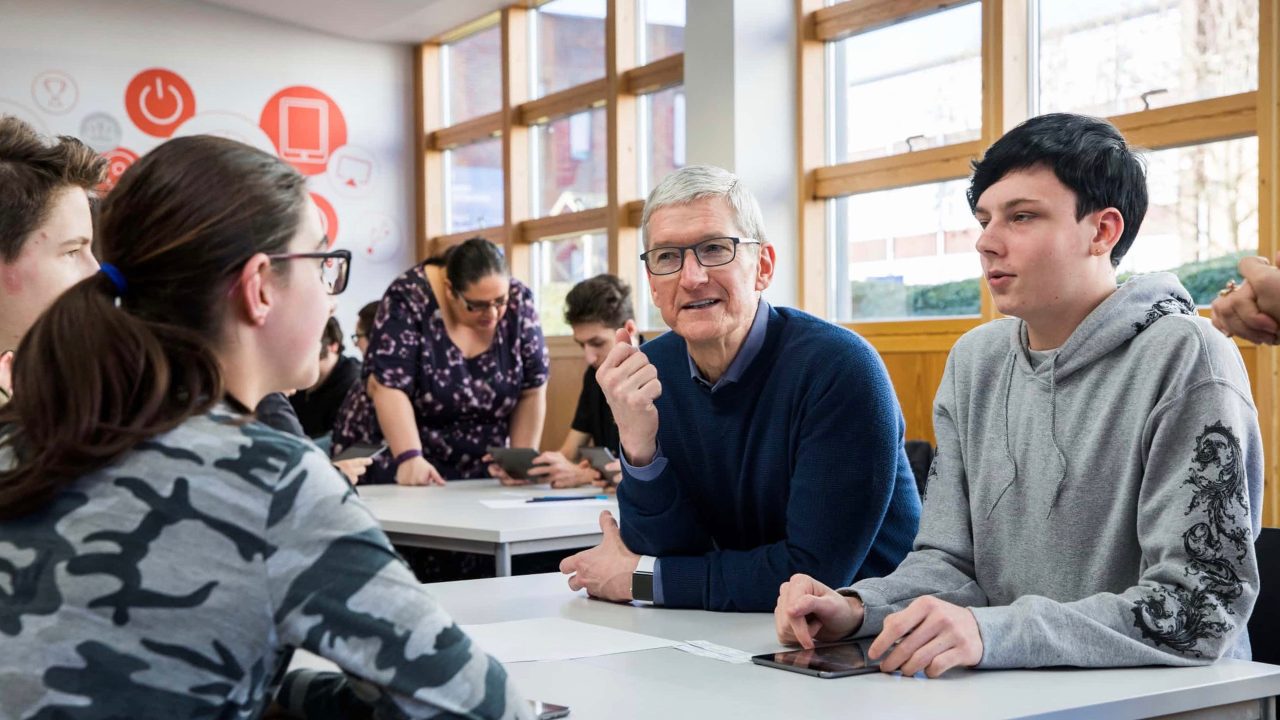 Investors have recently called on Apple to add more parental controls to its devices to help in limiting things such as use time for young children. Following the company’s announcement that it would add more “robust” controls in a future update, Tim Cook has addressed the topic in an interview…

Speaking to The Guardian following Apple’s announcement that its “Everyone Can Code” curriculum was rolling out to 70 new colleges and universities, Cook explained that he “doesn’t believe in the overuse of technology.

Cook said that Apple doesn’t operate under the idea that they are successful if people are using their products “all the time.”

“I don’t believe in overuse [of technology]. I’m not a person that says we’ve achieved success if you’re using it all the time,” he said. “I don’t subscribe to that at all.”

For instance, Cook says that while there are technological “concepts” people should talk about and understand, technology is applicable in something like a course on literature:

“There are are still concepts that you want to talk about and understand. In a course on literature, do I think you should use technology a lot? Probably not.”

Elsewhere in the interview, Cook continued to tout his belief that coding is an essential skill for everyone to learn:

“I think if you had to make a choice, it’s more important to learn coding than a foreign language. I know people who disagree with me on that. But coding is a global language; it’s the way you can converse with 7 billion people.”

He also touched on Apple’s recent tax announcements. He specifically addressed the Paradise Papers, which was the massive leak of financial documents relating to countries commonly used as offshore tax havens revealed late last year. The documents alleged that Apple pays only 1 percent to 7 percent tax on overseas income.

Of the Paradise Papers, Cook told the Guardian: “I probably haven’t read everything that’s been written, so I wouldn’t want to pass judgment on it.

“The right way to address multinational tax is a worldwide thing, because if not, it becomes a tug of war between countries saying, ‘I want this, I want that’.”

The full piece from The Guardian is available to read here.