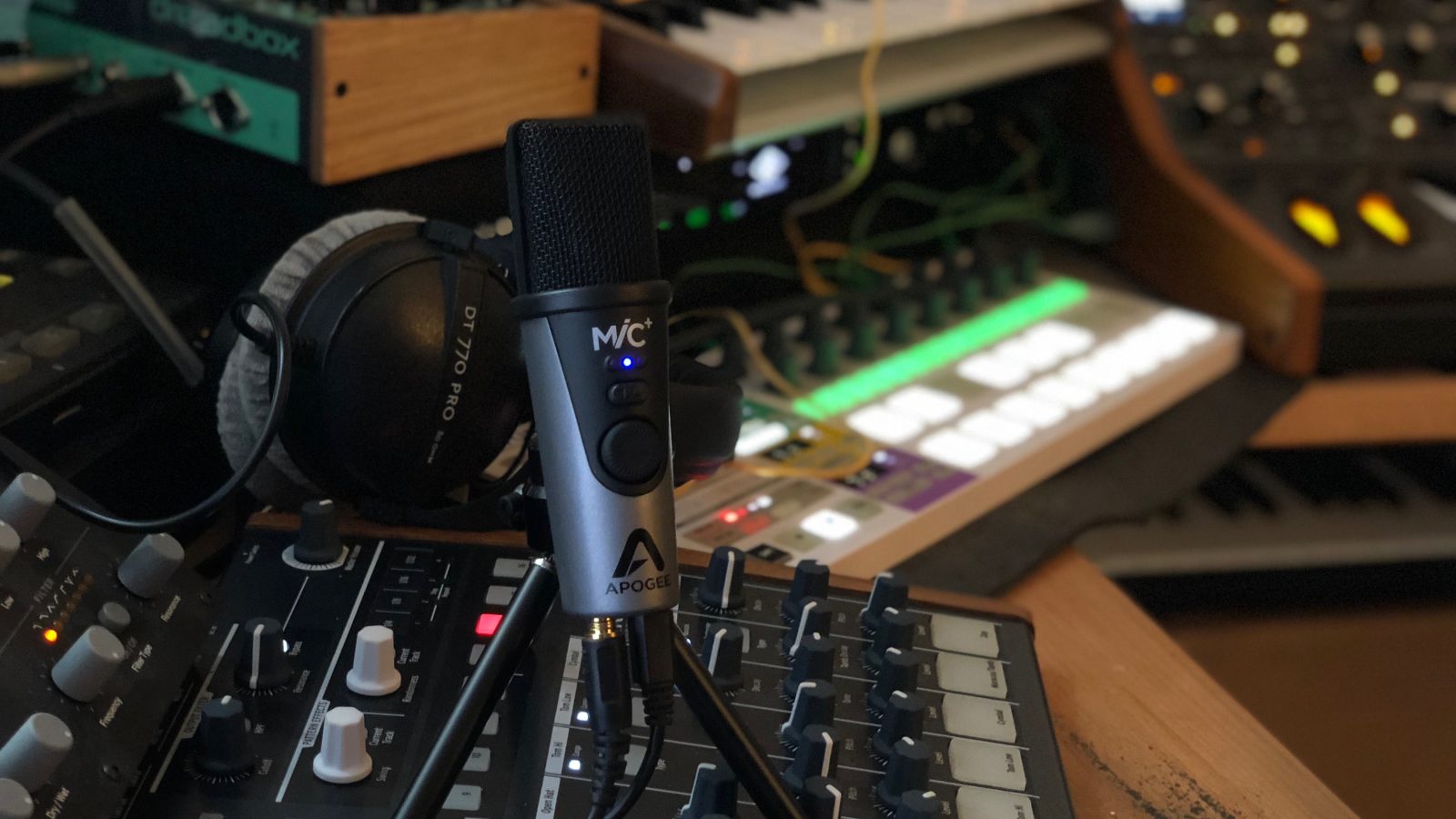 Apogee has been one of the top names in digital audio in the music production world for years. It successfully jumped into the mobile game with its iOS friendly interfaces among other things a few years back, and recently launched the second generation MiC+ USB/Lightning Microphone. Apogee rarely opts for affordability over quality, but we had to give it a run for its money anyway.

We have now had a chance to go hands-on with the company’s latest portable mic over the last little while. Apogee has certainly stepped its game up here, but is it still worth the world-class price tag? Head below for our full review…

The packaging here is nothing special and doesn’t really add to the portability factor at all. Having said that, Apogee’s new mic might be one of the smaller and more travel-friendly options out there in its category. While there isn’t an included carrying case of any kind, its slim form factor certainly lends itself to fitting nicely in your gear bag. It’s also bus-powered (no batteries or external power required) through the included connection cables.

Apogee has been nice enough to include a good batch of accessories with the MiC+ including its usual mini desktop trip-pod, stand mount, USB-A and C cables for your Mac/PC and a Lightning connector for all your iOS devices. This time around Apogee has ditched its proprietary connection in favor of a mini USB jack on the bottom of the MiC+. So cables are much easier to replace. 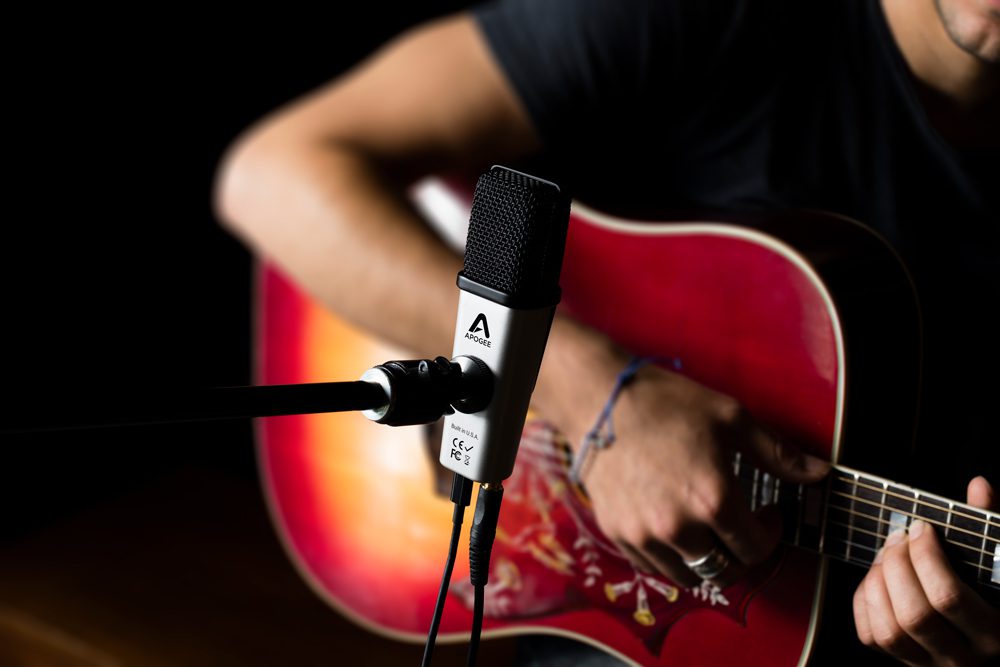 The mount mentioned above allows you to connect the  MiC+ to most (standard) mic stands as well. Not only has Apogee included the option to mount its portable mic to typical stands, but also gives you the mount to do it for free. 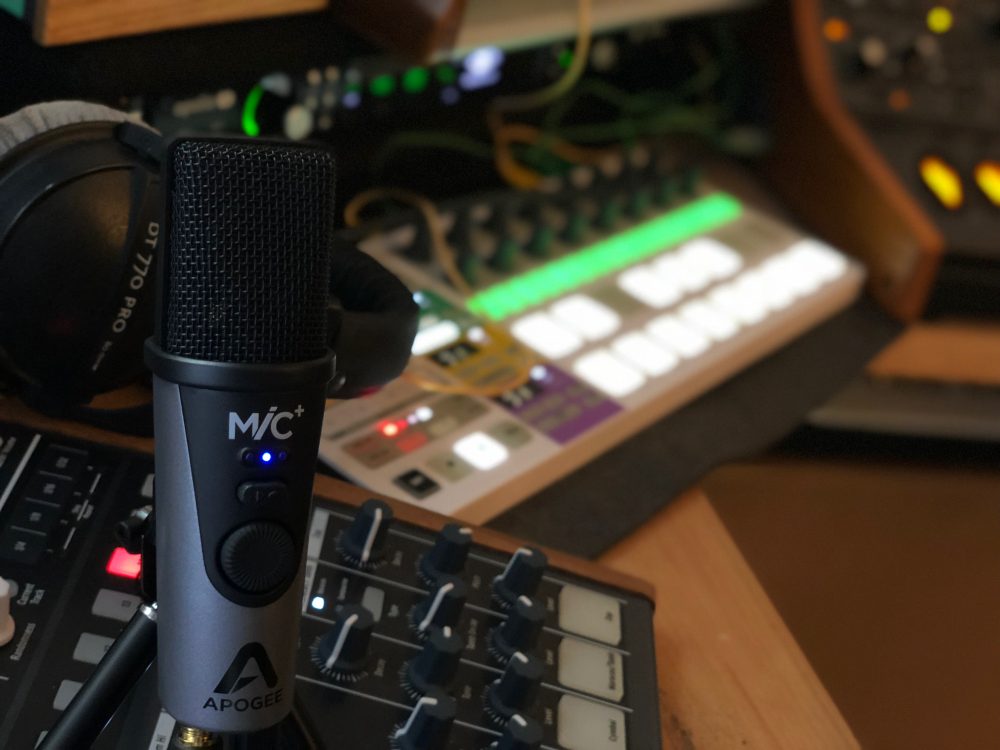 The build quality is quite nice. After direct comparison with the previous generation offering, I’d say it’s easily a few steps up with what feels like a tougher and more resilient outer shell. The MiC+ is a little bit taller and slimmer than its predecessor with an overall more robust exterior. The rubbery, on-board gain, mute and Blend buttons/controls add to the more rugged feel as well.

This is once again a cardioid condenser microphone with Apogee’s PureDIGITAL technology at up to 24-bit/96kHz. There’s 46dB on the mic pres and a little “Blend” feature allowing you to monitor at the input stage in case of any latency issues with your DAW.

As usual, the Blend feature is a nice touch here considering, in some instances, we do experience latency issues when hearing our own voice back through the mic and headphones during the recording process. This is a nice, easy to get at, way to avoid those issues. 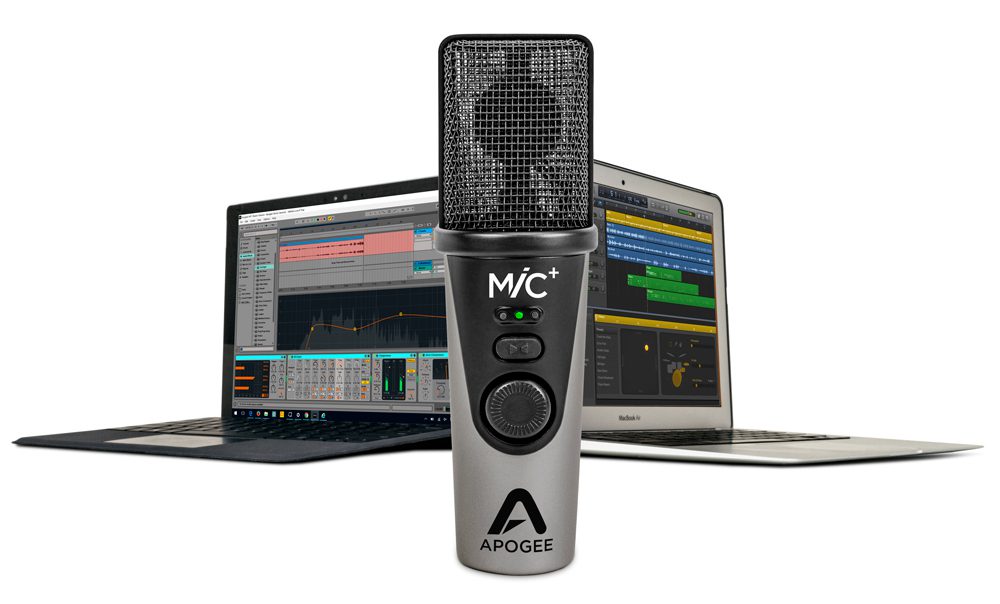 As for the actual sound quality we have been pretty impressed so far. Everything from acoustic guitars and vocals, to voice-overs and interviews have sounded really solid. As many of you might know, I’m not the biggest fan of any USB mic when it comes recording music (or anything really). The old-school, XLR counterparts just seem to have a fuller, more true tone to them. But, I will say this, Apogee’s MiC+ is about as close as I have heard and might even fool the best of us. Its price tag is certainly considerable, but with the actual sound quality this thing pumps out on such a wide range of sources and the pedigree of the company behind it, it’s hard to imagine it going for much less.

All things considered, the $249 price tag will always seem a bit steep to some, but to others, it’s a small price to pay for quality. Apogee has made some nice updates to the design with on-board muting and Blend controls along with a slightly more robust build-quality. It is clearly one of the best Lightning microphone options on the market.

Anyone frequenting Apple’s iOS eco-system will likely get the most mileage here, considering the multi-platform support, but it will also be a great addition to those not currently invested in a desktop/laptop audio interface as well.

It is listed at $249 direct from Apogee, over at Amazon, and from Apple.

You’ll also want to make sure you check out our various 2017 Best of Music Production round-ups (the MiC+ will be added to our Best Mac/iOS Microphones list):