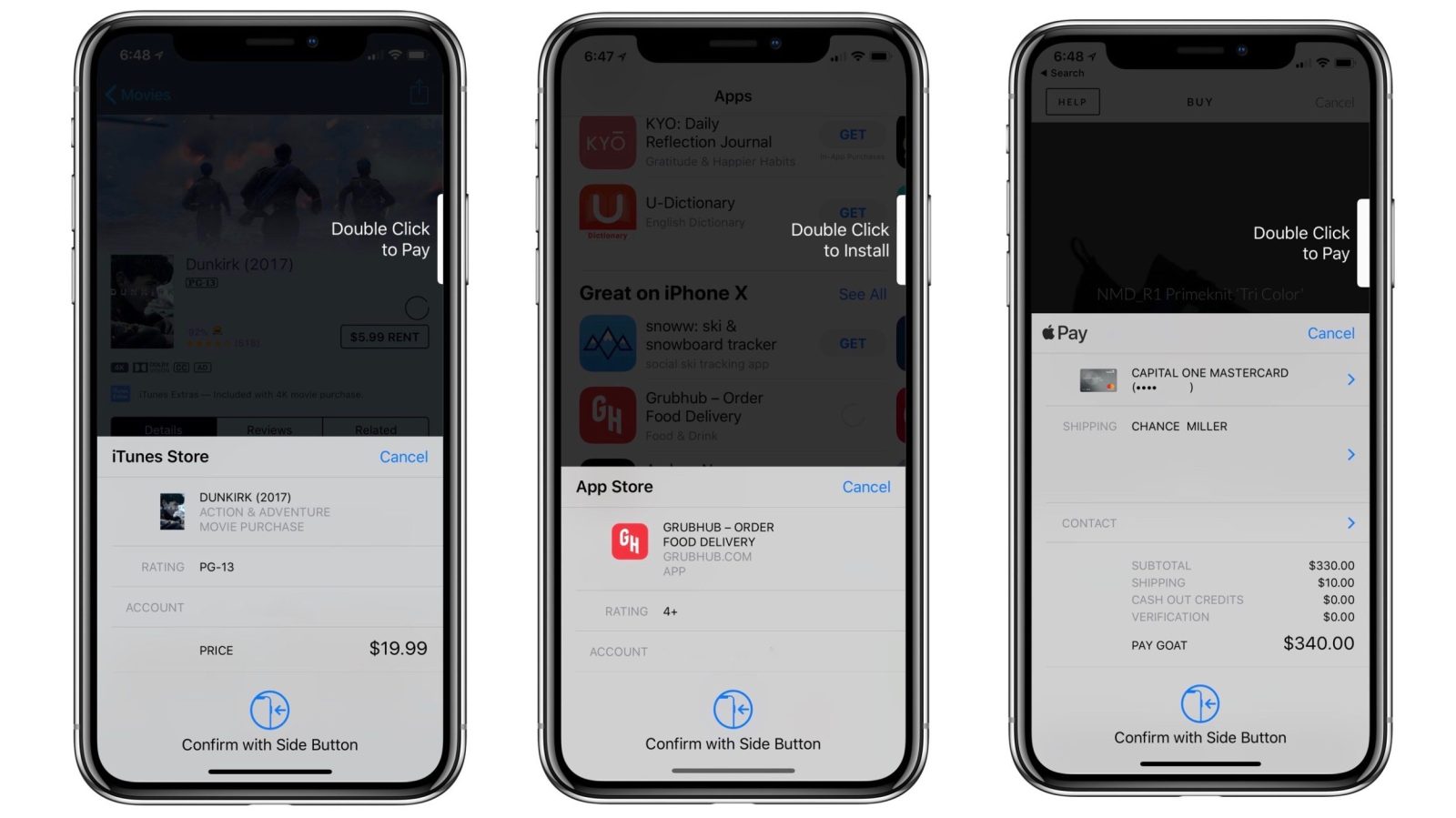 Apple today released iOS 11.3 to developers with features such as AirPlay 2, ARKit 1.5, and more. Since then, we’ve rounded up a few other smaller changes. One such change comes with the authentication process for purchases via the iPhone X…

With the iPhone X, Apple introduced a new way to authorize downloads and purchases from the App Store, iTunes Store, and Apple Pay. While devices with Touch ID would simply require you to authenticate with your fingerprint, the iPhone X requires you to double tap the side button and then authenticate with Face ID. This change was made in an effort to prevent people from accidentally purchasing content due to how passive Face ID’s authentication is.

Originally, the purchase prompt window in iOS 11 would say “Double Click to Install” in the upper-right corner next to the side button. Once you did that, the Face ID authentication prompt would appear. While this process was seamless in terms of design, it drew criticism from many users who said it wasn’t very intuitive.

With iOS 11.3, however, Apple has added a new prompt that appears before the Face ID process begins. At the bottom of the purchase window, you’ll now see a “Confirm with Side Button” instruction with an accompanying graphic.

Of course, this is a minor change in the grand scheme things, but it’s useful for people who might not have previously grasped what the interface was trying to portray.

Read more about today’s software news at the links below: