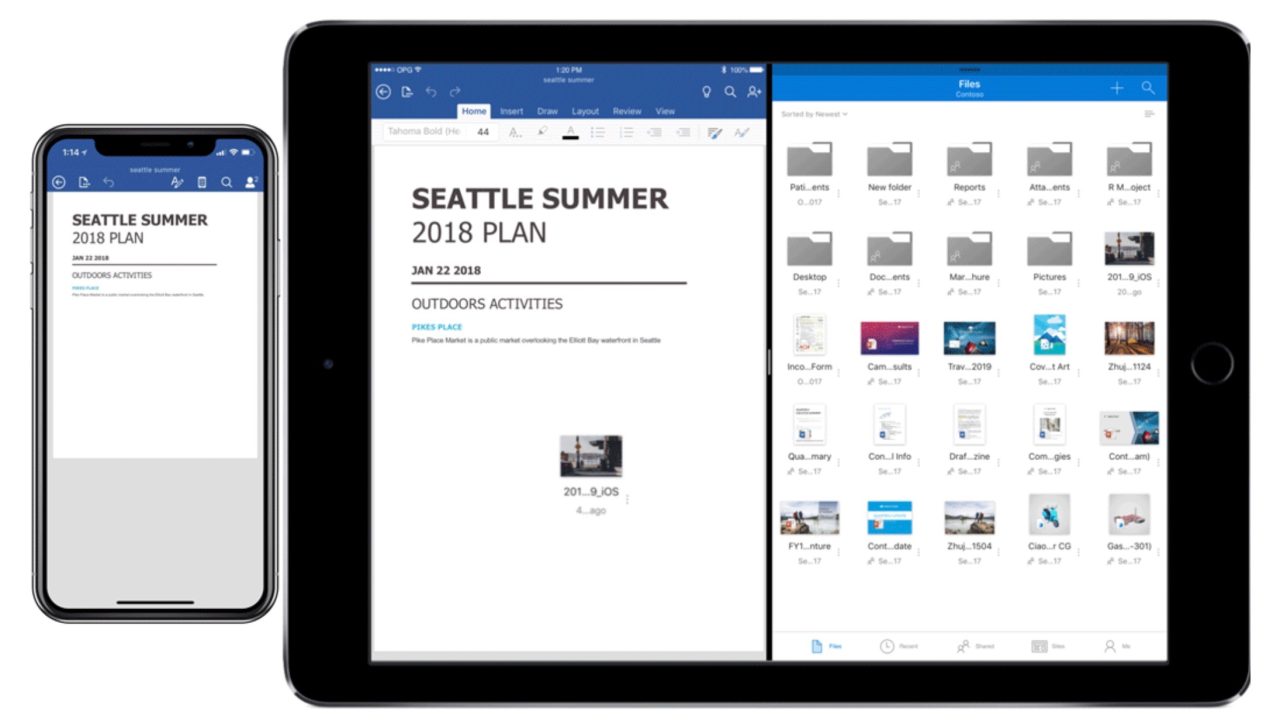 Following a round of updates for its suite of Mac applications earlier this month, Microsoft today has announced updates for Office on iOS. Microsoft Word, PowerPoint, Excel, Outlook, and One Drive are all gaining new features, including drag and drop support and more.

Word, PowerPoint, and Excel for iOS all now support co-authoring, which Microsoft says makes it easier for multiple users to collaborate on documents. Previously in beta testing, this feature denotes who else is working with you on a file, shows you where in the document they are, and highlights their changes.

We made it easier for individuals to work together across devices with the general availability of co-authoring in Word, PowerPoint, and Excel for iOS and Mac. Now, whether you work on a Mac, PC, or mobile device, you’ll know who else is working with you in a document, see where they’re working, and view changes.

Now Office 365 subscribers on iPad and iPhone can easily drag and drop content into documents, presentations, and spreadsheets from other Office apps or OneDrive.

As for OneDrive specifically, Microsoft says it has redesigned the app with an improved list view showing file names, date, size, sharing information, and more. Furthermore, OneDrive now natively supports the Files app in iOS 11, which means you can access, edit, and save content to OneDrive or SharePoint from any iOS app that supports File app integration.

Last but not least, Outlook for iOS has a new search functionality that “leverages the Microsoft Graph to surface results from your top contacts, upcoming travel itineraries, package deliveries, recent attachments, and more.”

Microsoft Word, PowerPoint, Excel, Outlook, and OneDrive are all available on the App Store. Today’s updates don’t appear to have hit just yet, but Microsoft says they’re beginning to rollout today.