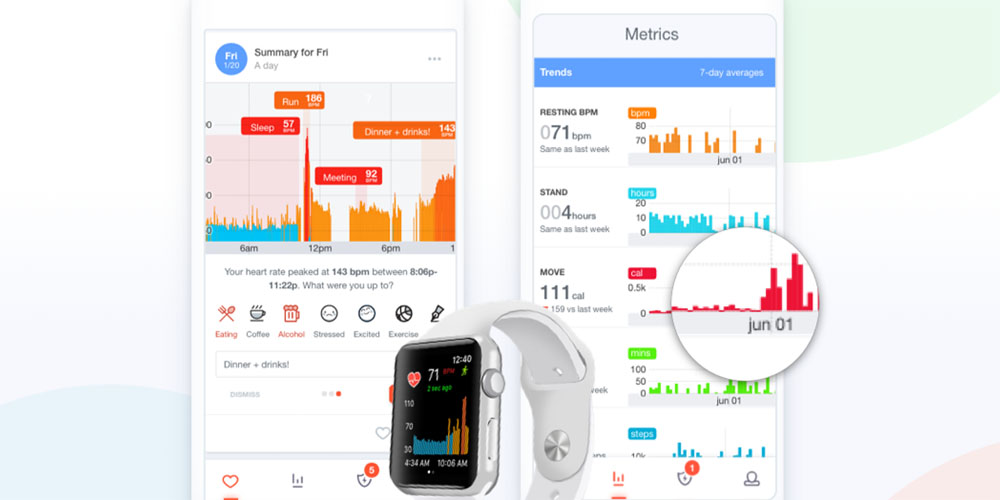 A large-scale study involving more than 14,000 Apple Watch and Android Wear users has shown that heart-rate data from the wearables can detect early signs of diabetes.

The study – a collaboration between UC San Francisco and digital health startup Cardiogram – measured the accuracy of a new diabetes detection algorithm on a cohort which included 463 participants with previously-diagnosed diabetes.

Cardiogram co-founder Johnson Hsieh explained how the condition can be diagnosed using nothing more than heart-rate data.

Data from the Cardiogram app was analyzed by DeepHeart, a neural network.

14,011 users of Cardiogram for Apple Watch and Android Wear were recruited into UCSF’s Health eHeart Study. Then, 33,628 person-weeks of health sensor data was used to train a deep neural network by presenting it with samples from people with and without diabetes, hypertension, sleep apnea, atrial fibrillation, and high cholesterol.

The accuracy rate was found to be 85% – good enough to justify further medical tests to confirm the diagnosis. DeepHeart has previously been used to detect hypertension (chronic high blood pressure), sleep apnea, and atrial fibrillation.

These studies were presented at the American Heart Association’s annual scientific sessions in November 2017 and Heart Rhythm Society in May 2017.

The full paper for the diabetes study can be found here (a Dropbox link, which can cease working if extensively accessed).

Fellow co-founder Brandon Ballinger said that the next step would be to incorporate DeepHeart directly within the Cardiogram app.

There have been a number of stories of the Apple Watch alerting owners to undiagnosed health conditions, with some crediting the Watch for saving their life.

Cardiogram is a free download from the App Store.