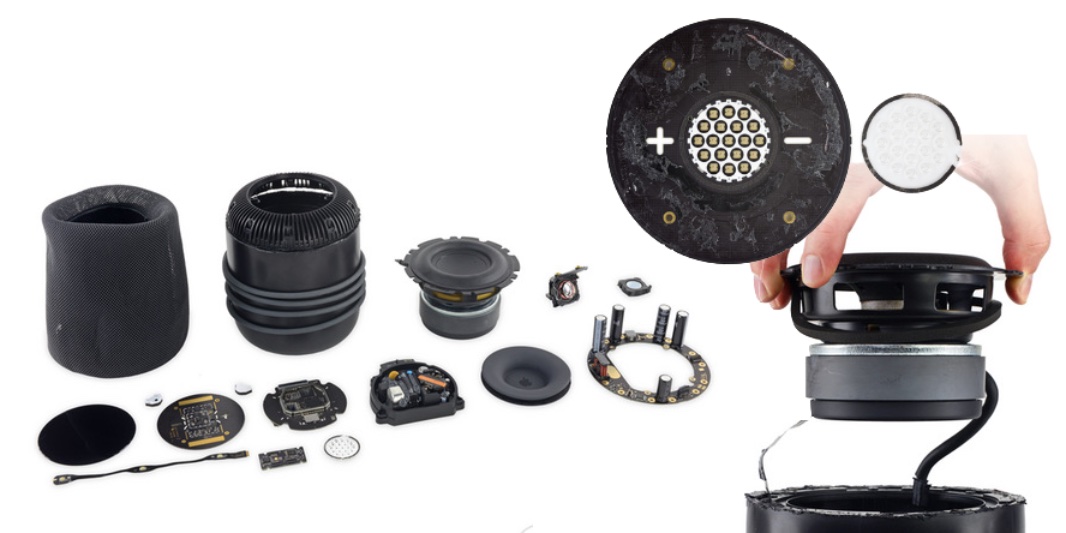 The HomePod’s $349 price point was somewhat controversial last summer when Apple announced the device, especially in comparison to its competitors in the market. A new report from Bloomberg, however, shows that Apple is operating at smaller margins than its competitors…

According to the report, which cites analysis by TechInsights and IHS Markit, the HomePod costs Apple $216 to build. With the device retailing for $349, Apple is operating at a 38 percent margin – which is significantly smaller than the margins on iPhone and Apple Watch.

For comparison’s sake, Google sells its Google Home smart speaker at a 66 percent margin, while the Amazon Echo is sold at a 56 percent margin. It’s incredibly unusual for Apple to sell its products at margins smaller than its competitors, but the sound and microphone equipment within the HomePod is driving that price up.

The microphones, tweeters, woofer, and power management parts inside the HomePod are said to cost Apple $58 in total, while the lighting system used to display the Siri animation and other smaller parts make up an additional $60. From there, the A8 chip costs $25.50 and housing and other items tack on an additional $25. Lastly, “manufacturing, testing, and packaging” cost $17.50.

TechInsight’s costing manager speculates that Apple is hoping to make up for the smaller margins by selling in volume:

“Apple is compressing their margins a bit, wanting to go big or go home,” said Al Cowsky, TechInsight’s costing manager. “In doing so, I suspect they reduced the selling price from a normal Apple margin in order to sell more units on volume.”

Apple sells the iPhone X at 64 percent margins, while the iPhone 8 is sold at 59 percent margins, thus making the HomePod an outlier in terms of Apple pricing. As always it’s important to take these sort of pricing estimates with a grain of salt, but they do provide an interesting look at a rough idea of what a product costs Apple.