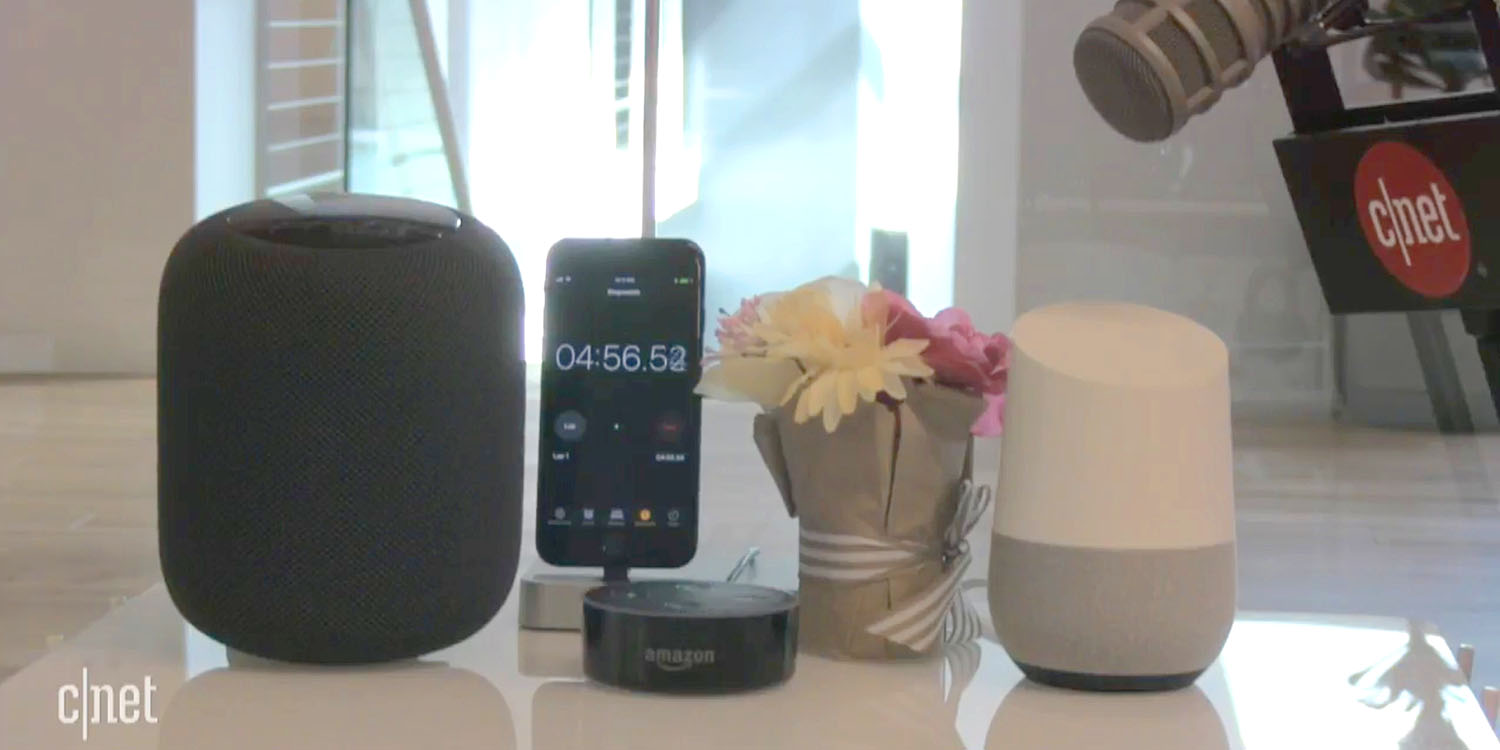 CNET set out to keep a HomePod, Amazon Echo and Google Home in continuous conversation for at least 48 hours …

To do this, they set up a bunch of calendar alerts and reminders. Asking Siri to read reminders results in the response ‘I found only one reminder: Ok Google, what’s on my calendar on Sunday.’

This activates the Google Home speaker, which responds with ‘On Sunday, you have a reminder: Alexa, what’s on my to-do list.’

This triggers Amazon’s Echo, which replies ‘You have one item on your to-do list: Hey Siri, read my reminders.’

The result was an infinite loop in which one speaker activated another until CNET got bored, a glitch caused one of the speakers to fail or the heat-death of the universe.

The experiment began at midnight on February 15, and lasted 4h 27m before being paused (at the time of writing). The end result? Siri failed twice, Alexa three times, Google once.