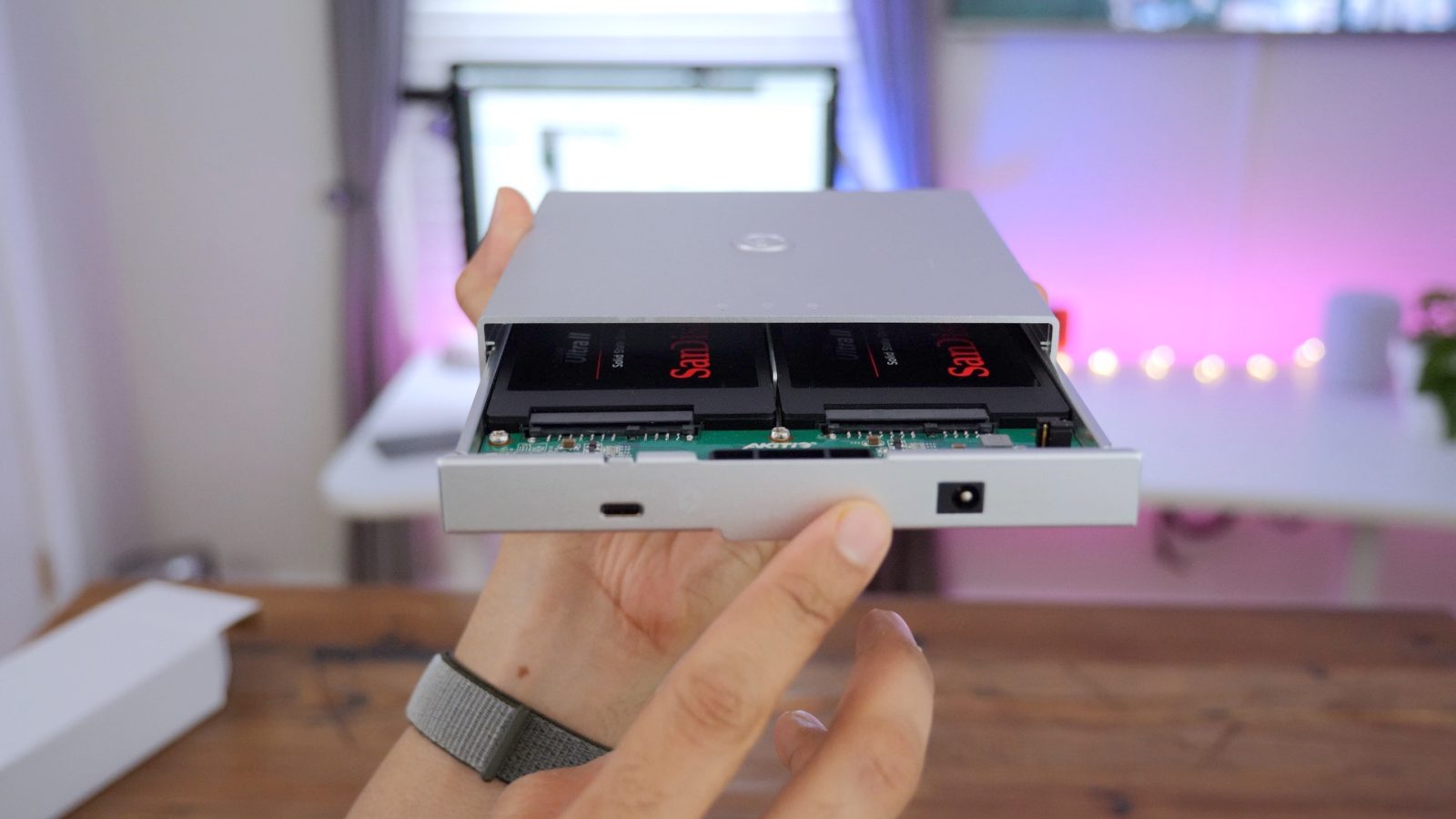 Akitio’s SK-2520 U3.1 is a portable diskless enclosure that can be populated with two SATA SSDs. It results in a relatively quick RAID-enabled drive that can be powered directly via USB-C. Should Mac users give it a look? Watch our brief hands-on video walkthrough for more details.

Akitio’s $119 enclosure arrives without any drives, meaning you’ll need to populate it yourself. To get the most performance out of the enclosure, which includes a hardware RAID controller, you should use two SSDs.

Before getting started you’ll need to remove the screws from the bottom of the enclosure and remove the drive bay. There you’ll find dual SATA connections, along with jumpers to configure the hardware RAID setup. 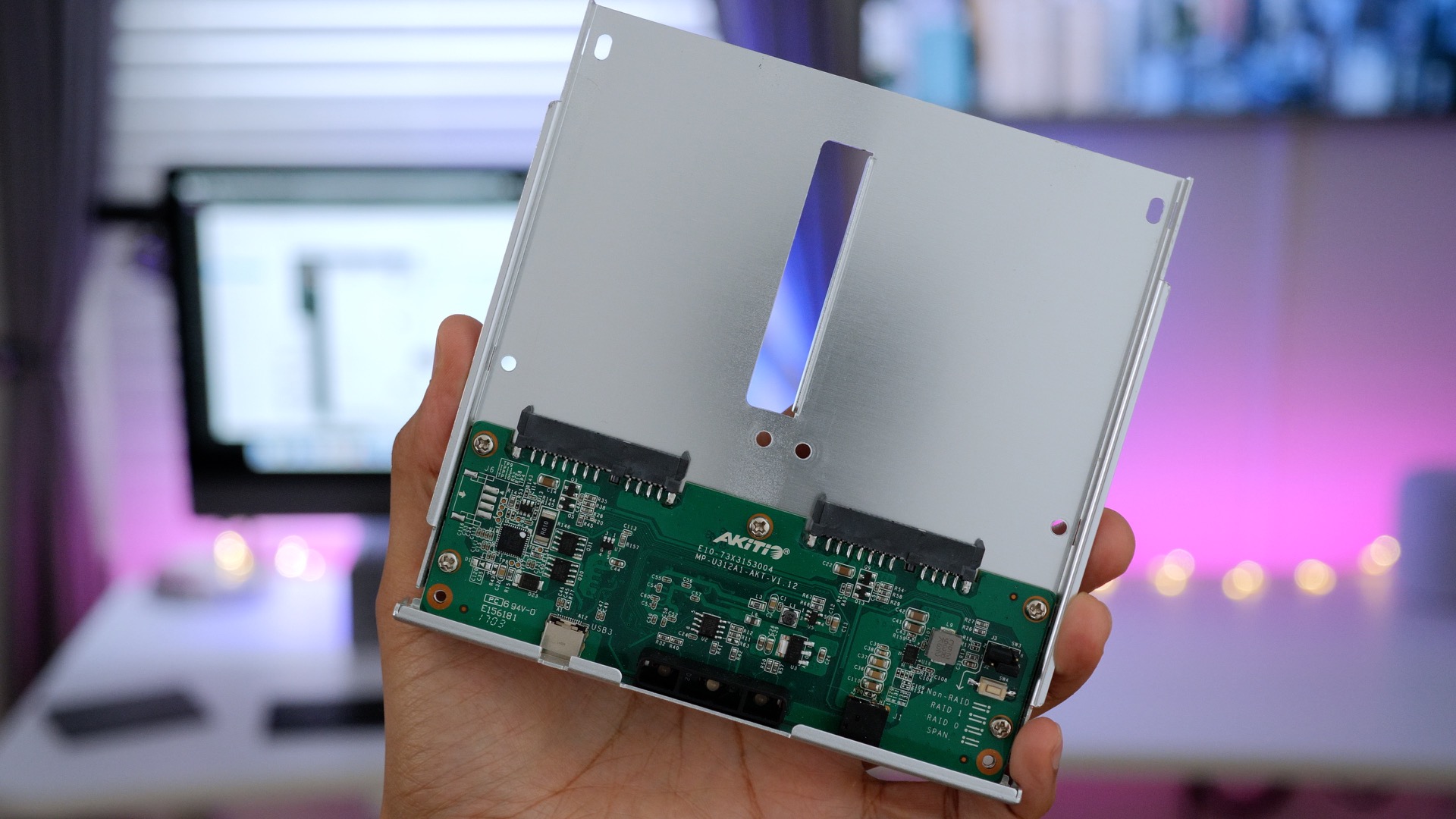 I tested out a pair of SanDisk Ultra II 1TB SSDs inside the Akitio enclosure. These drives have performed well over the years, but they aren’t the best performing SATA drives that you’ll find. If you’re looking for some of the best performance in the SATA III form factor, I suggest sticking with drives from Samsung’s popular EVO lineup.

Connecting the drives was easy, but I had to supply my own screws to securely lock each drive down. Once the drives are connected, you’ll need to adjust the jumper settings to the desired RAID configuration. I, of course selected RAID 0, which is what you’ll need to choose if you are looking for the best performance. For those that shy away from RAID 0 due to data loss concerns, there are options to use RAID 1, SPAN, or leave it as two separate drives. 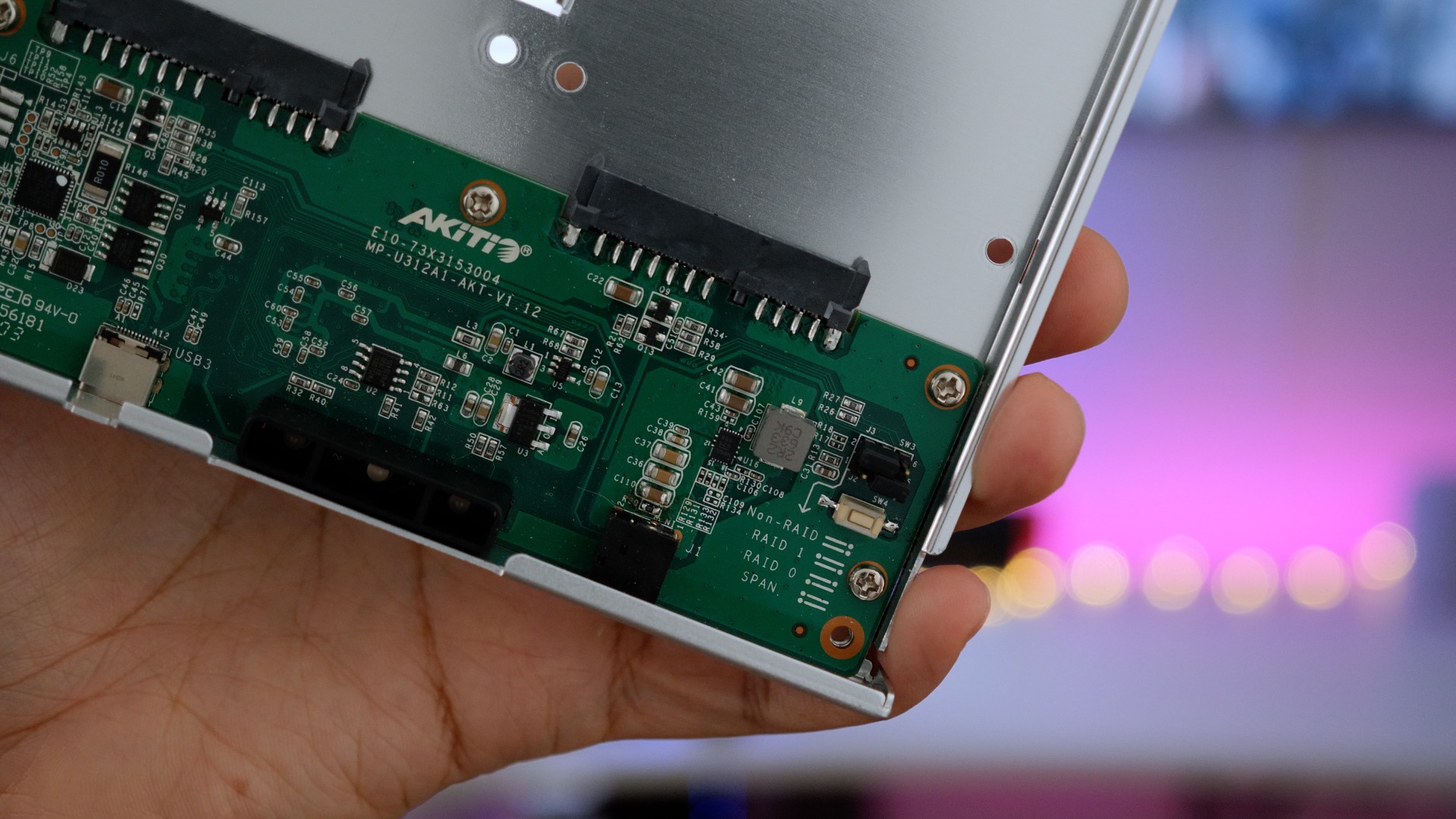 After settling on a configuration, connect the unit to your Mac via the included USB-C cable, and press and hold the button next to the jumper pins to confirm the setting. After a few seconds, the setting will take effect, and you’ll be asked to initialize the disk on your Mac. You can then slide the bay back into its housing, and secure it down with the included screws. 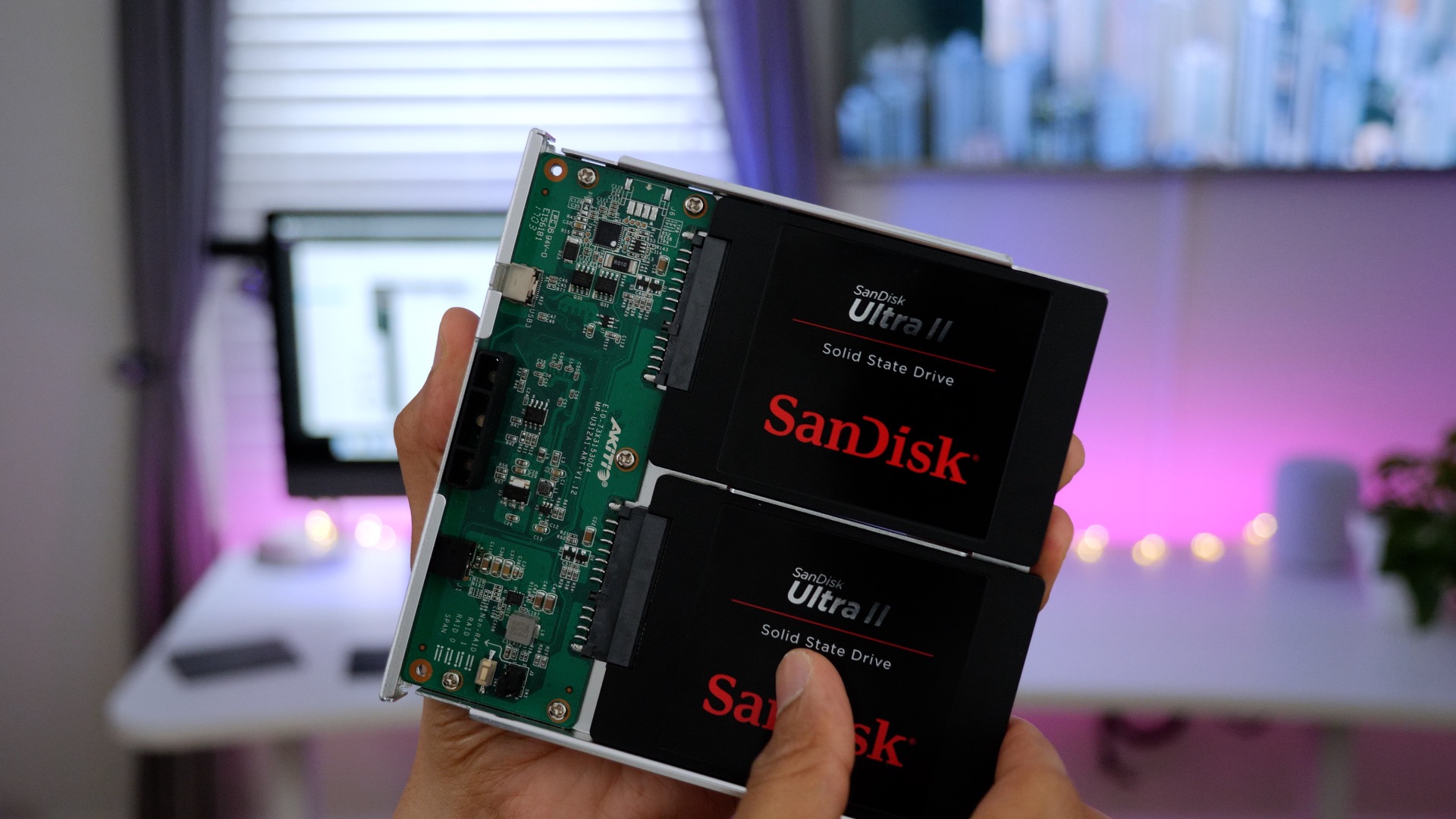 Read performance for two SanDisk Ultra II drives in a RAID 0 configuration was very good. I routinely got over 800MB/s in both Blackmagic and AJA disk speed tests. Write performance wasn’t much to write home about, but could still easily accommodate most consumer 4K video workflows. 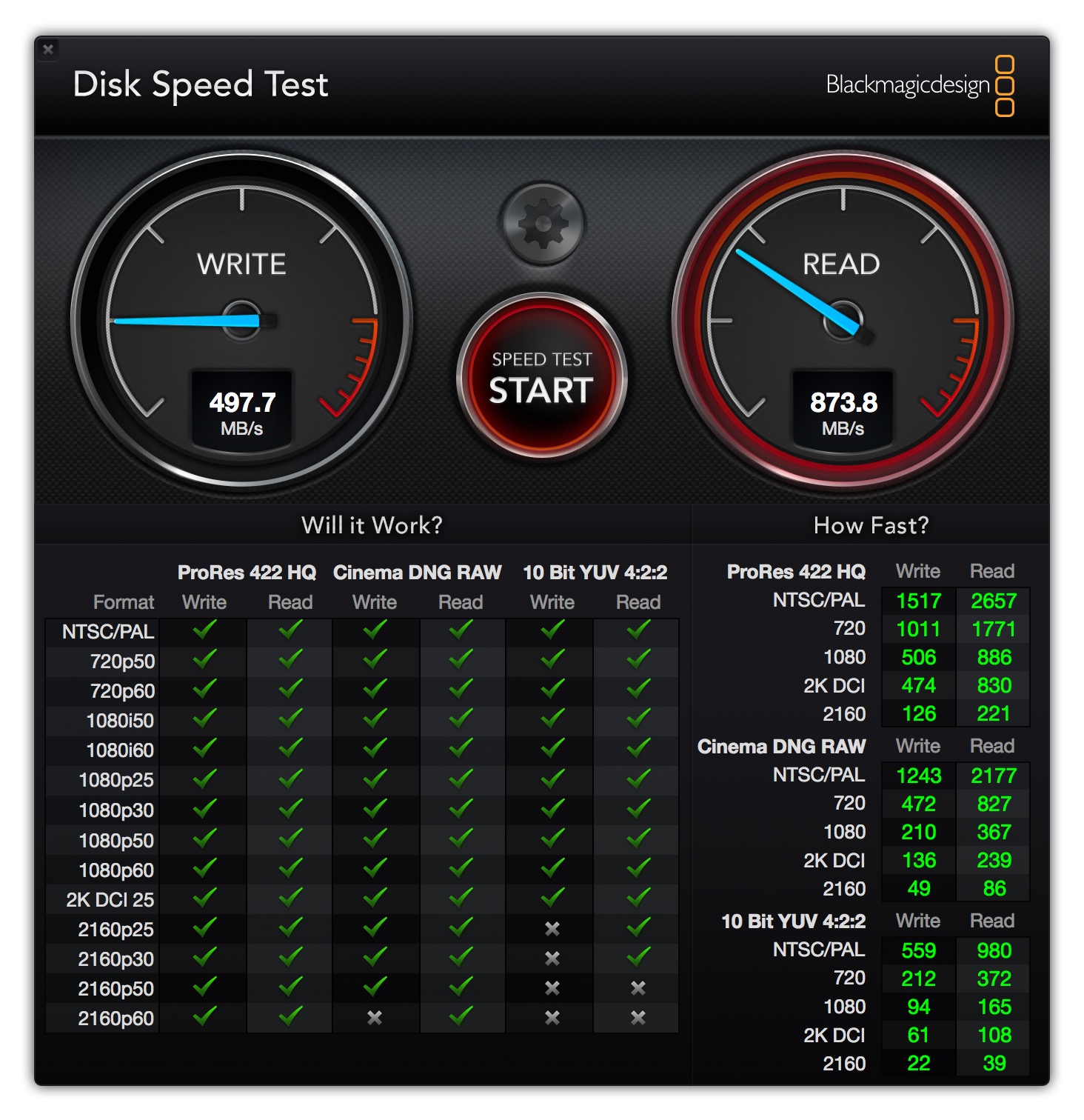 The best thing about the Akitio SK-2520 is the fact that it’s bus-powered. Having this type of read performance in a portable, bus-powered form factor is a selling point. And because it’s USB 3.1 and not Thunderbolt 3, it will play nice on machines like the 12-inch MacBook, which lack Thunderbolt 3 connectivity. Just keep in mind that the 12-inch MacBook is relegated to USB 3.1 Gen 1, which won’t be as fast as the Gen 2-enabled ports on the MacBook Pro and iMac. 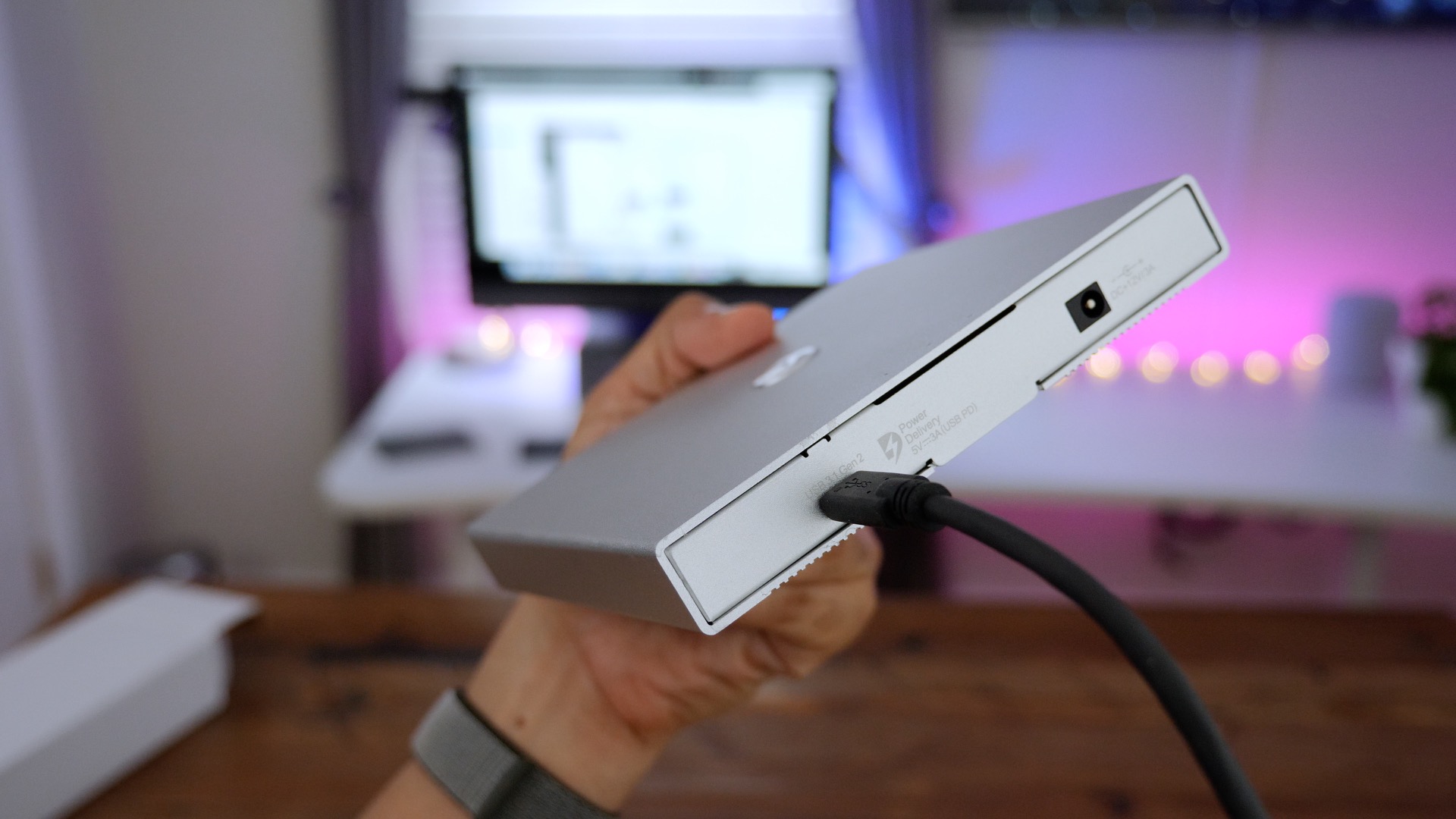 If you connect the included power adapter, the SK-2520 will also deliver up to 15W of power to an eligible machine. That’s not much in the way of power delivery, but it will do a decent job of charging the 12-inch MacBook, which features a stock 29W charger.

This isn’t the type of drive you’d want to use if speed is an absolute priority, but as long as you have two SSDs to spare, it can be the foundation of a relatively fast setup. And because the all-aluminum enclosure works as a giant heat sink, there are no fans inside to make noise. It’s dead quiet, which is great for video editors doing voiceover work on the go.

Who is this enclosure for?

If you’re a 12-inch MacBook owner who happens to have a couple of spare SSDs collecting dust around the house, then the SK-2520 is an enclosure that can put those drives to good use. In that situation, I think the Akitio enclosure would be an ideal purchase at just over $100. 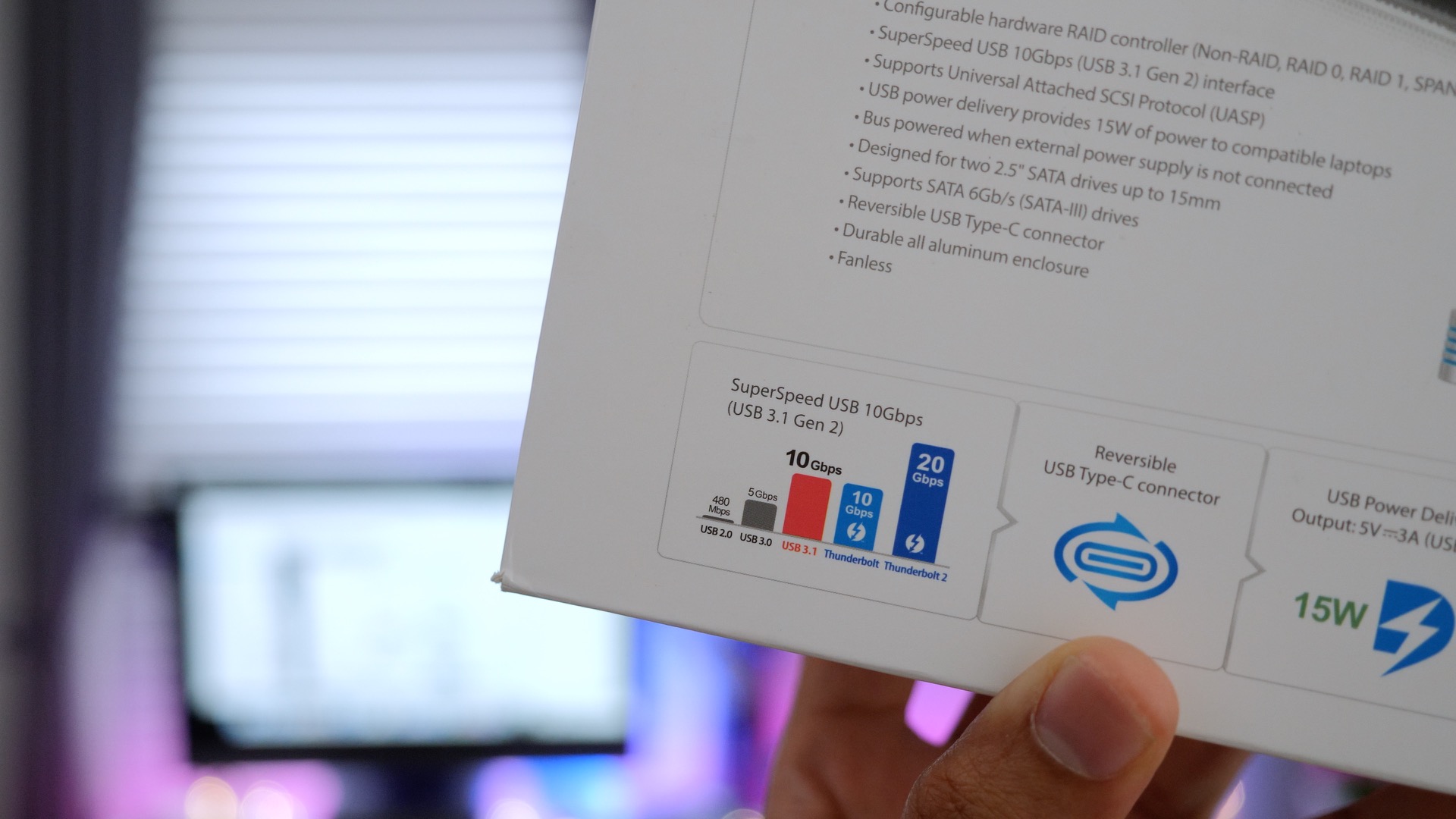 The enclosure is also worth considering if you need the flexibility to choose between RAID configurations. Most of the available external SSDs that feature on-board RAID are only configured to use RAID 0 for speed purposes. 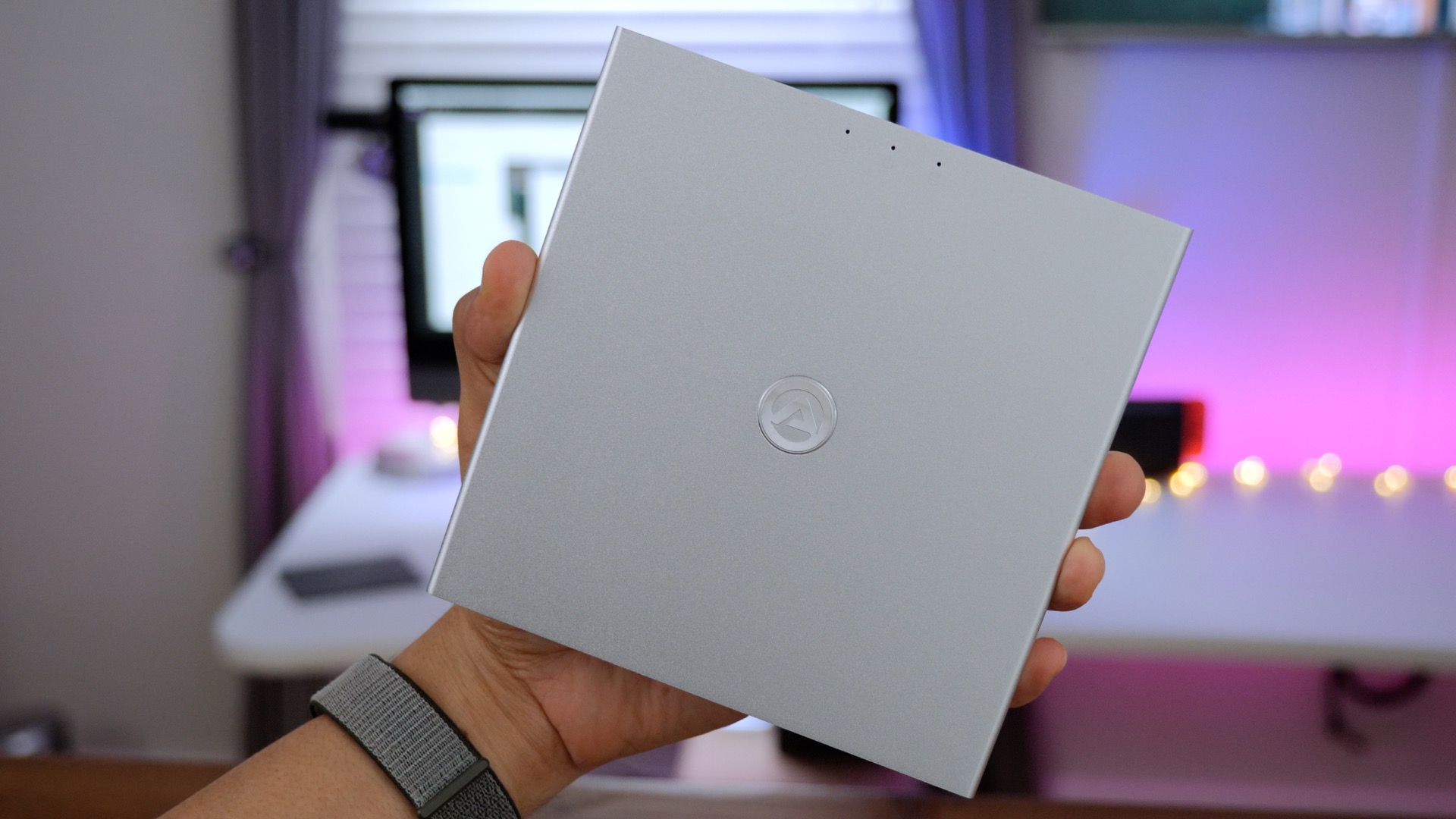 If you don’t already own two SSDs and hardware RAID flexibility isn’t a primary concern, you might be better off considering an all-in-one solution, since purchasing two new SSDs can set you back a pretty penny. The good news is that there is no shortage of available drives.

Samsung’s T5, for instance, is a solid external USB 3.1 Gen 2-powered SSD if you don’t require RAID. If you do prefer RAID 0, I’m a big fan of the Glyph Atom RAID series, which also includes support for USB 3.1 Gen 2. You can also venture into the high end of the spectrum if you have a Thunderbolt 3-enabled machine. Sonnet’s $999 Fusion PCIe SSD is the fastest external bus-powered drive that I’ve ever tested.

The point is that Akitio’s SK-2520 U3.1 enclosure has its advantages over all of those alternative choices, just make sure that you’re able to capitalize on those advantages before committing. If you can’t take advantage of the enclosure’s strengths, it may be best to consider alternative options.