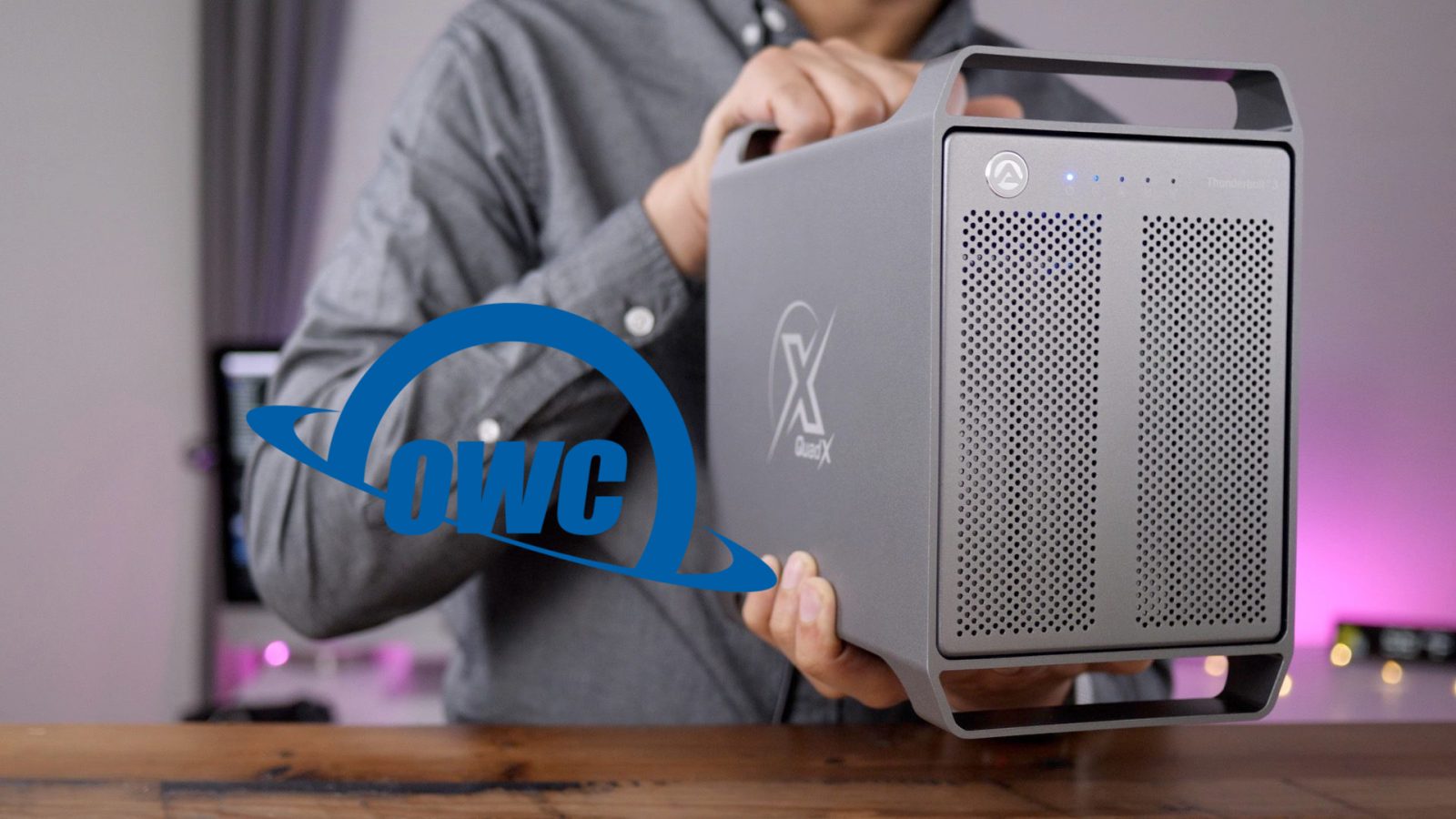 CES hasn’t officially begun yet, but we already have some big news coming out of the Mac hardware sector. OWC, the company that’s well-known for its focus on Mac-centric storage, connectivity, software and expansion solutions, has acquired Akitio, known for innovative Thunderbolt 3 products.

END_OF_DOCUMENT_TOKEN_TO_BE_REPLACED 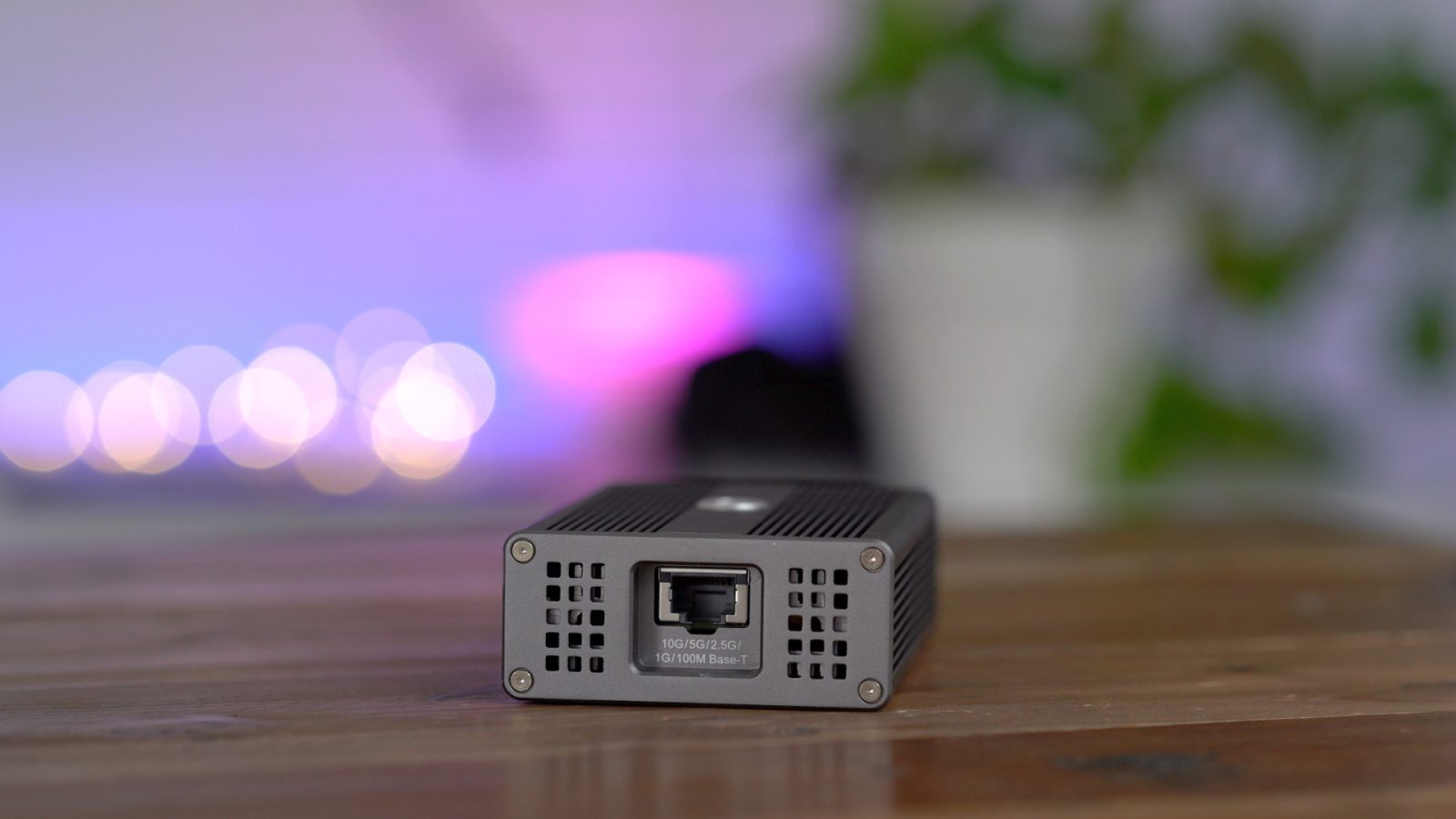 The iMac Pro comes with 10 Gigabit Ethernet out of the box, which is great for connecting to high speed networks and devices like NAS boxes. But what if you have a regular iMac or MacBook Pro? You can use Akitio’s Thunder3 Dock Pro (review), which provides 10 Gigabit Thunderbolt 3 Ethernet, but that may be overkill if you just need to upgrade your network connection.

If that describes your situation, you’ll be happy to know that the prolific Thunderbolt 3 hardware manufacturer has the T3-10G, a much smaller bus-powered 10 Gigabit Thunderbolt 3 Ethernet adapter. Watch our hands-on video review for the details. END_OF_DOCUMENT_TOKEN_TO_BE_REPLACED 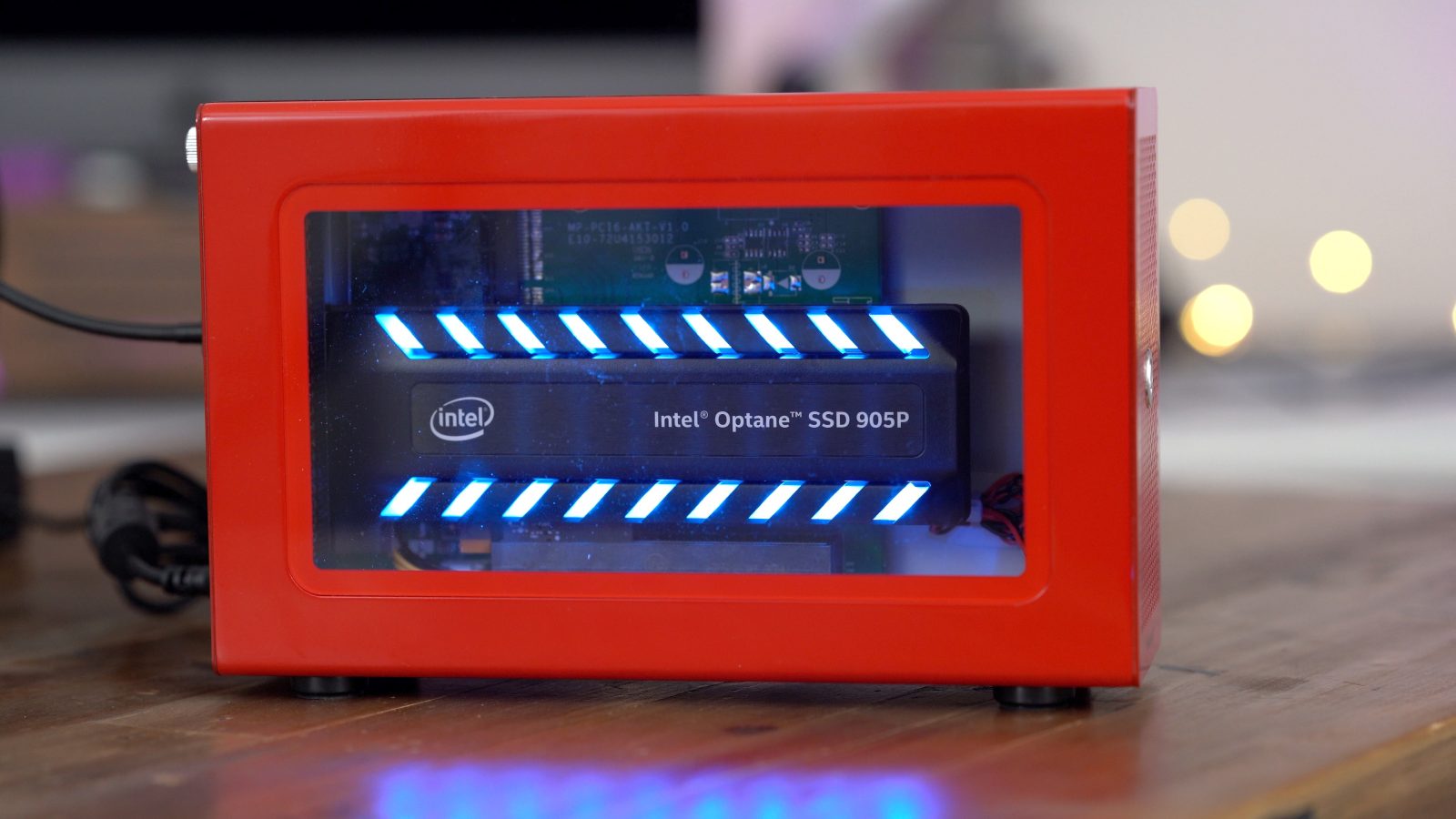 I’ve reviewed several Thunderbolt 3 SSDs over the last year or so, and the Akitio Node Lite with Intel Optane SSD is the best performer of them all. Advertising speeds up to 2600 MB/s read, it’s the only external SSD that I’ve tried thus far that skirts close to such a speed rating without being affected by noticeable thermal throttling.

Granted, the combo package of Akitio Node Lite + Intel Optane SSD should be a great performer, after all its price is $1500 for a 960GB SSD. That’s a lot of money to pay for storage when you can buy a 1TB version of Samsung’s bus-powered Thunderbolt 3 SSD for less than half the cost.

But if you’re in the market for an SSD that delivers workstation-class performance and endurance, then the Akitio Node Lite with Intel Optane SSD is worthy of consideration. Not only does it have a high performance ceiling, but it can sustain that performance while under load. Watch our hands-on video for more details. END_OF_DOCUMENT_TOKEN_TO_BE_REPLACED 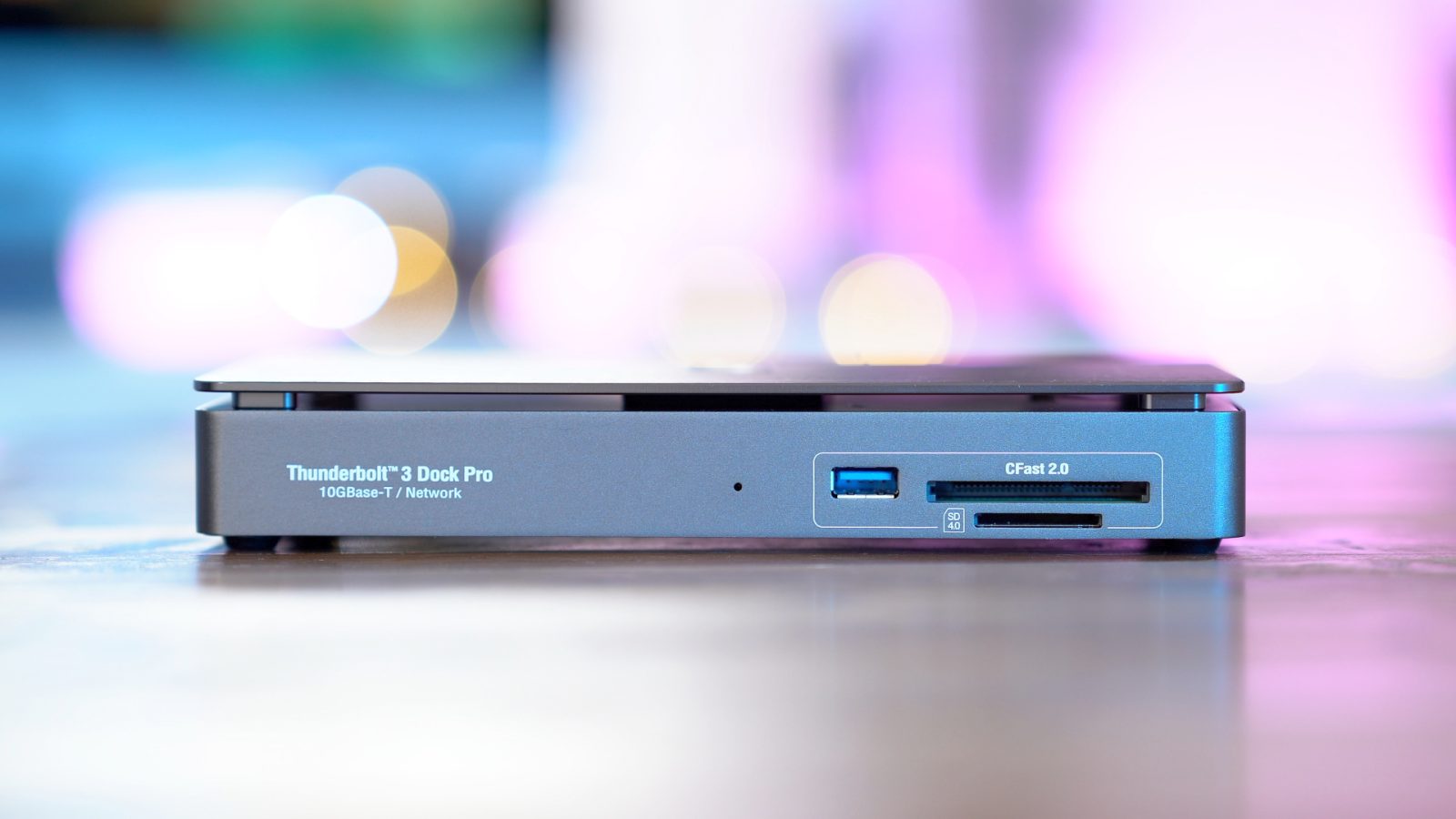 When you think of Thunderbolt 3 accessories, there are only a handful of companies as prolific as Akitio. The California-based company has released numerous Thunderbolt 3-centric products aimed at Mac users, and recently sent us its latest offering — a dock headlined by its 10GbE connectivity.

In addition to the 10GbE connectivity, the dock also features a speedy UHS-II-enabled SD Card 4.0 reader, and a rare CFast 2.0 slot. Where does the Akitio Thunder3 Dock Pro fit into a Mac user’s workflow? Watch our video review for our hands-on synopsis. END_OF_DOCUMENT_TOKEN_TO_BE_REPLACED 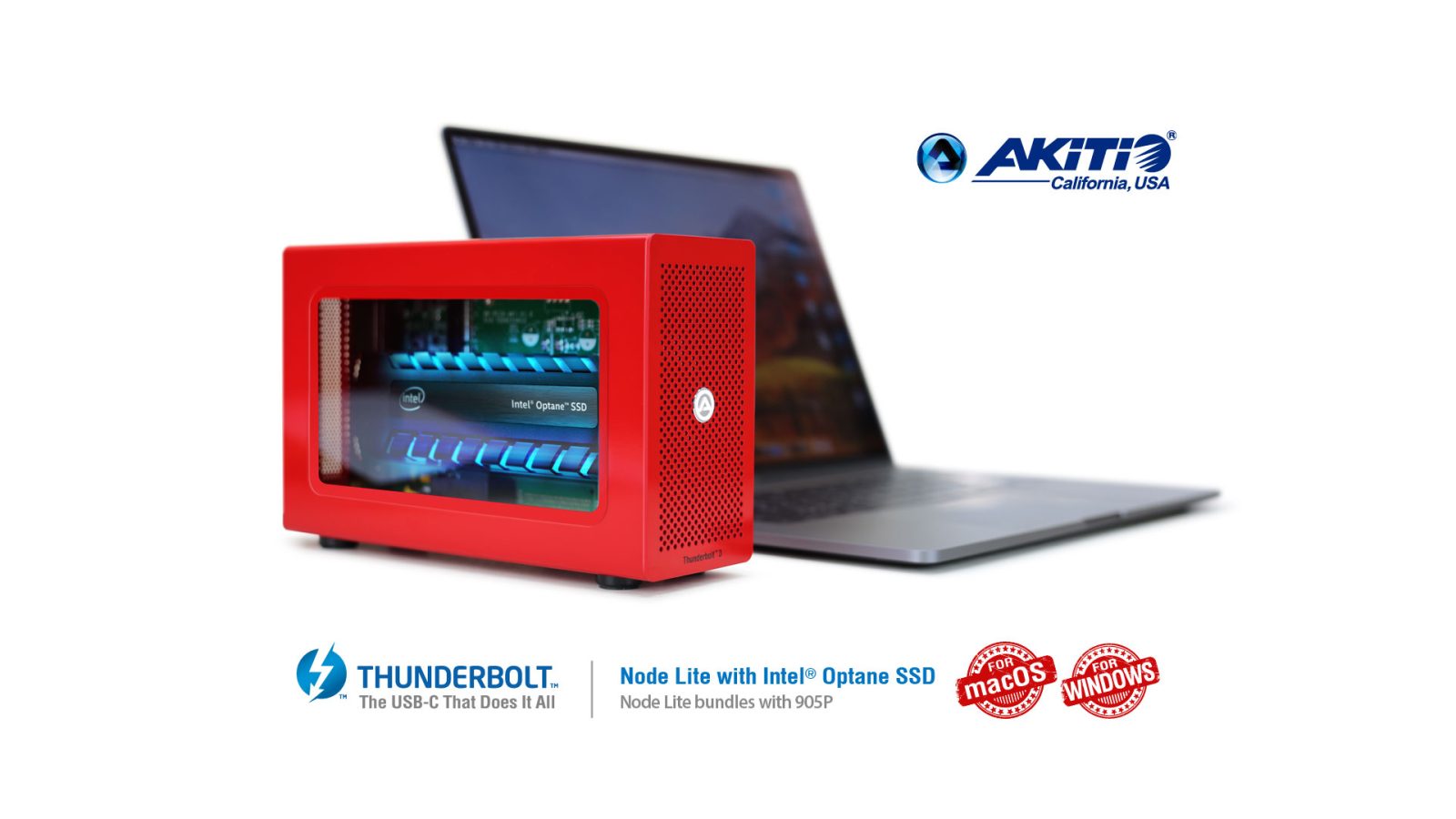 Today, Thunderbolt 3 peripheral specialist Akitio announced a new partnership with Intel that has resulted in a special edition version of the Akitio Node PCIe box. The collaboration sees Intel contributing its just-released Optane 905P, a 960GB PCIe SSD — the current king of SSDs from a speed perspective — to the fire engine red Thunderbolt 3 enclosure. END_OF_DOCUMENT_TOKEN_TO_BE_REPLACED