After AT&T, Sprint names the first six US cities to get 5G 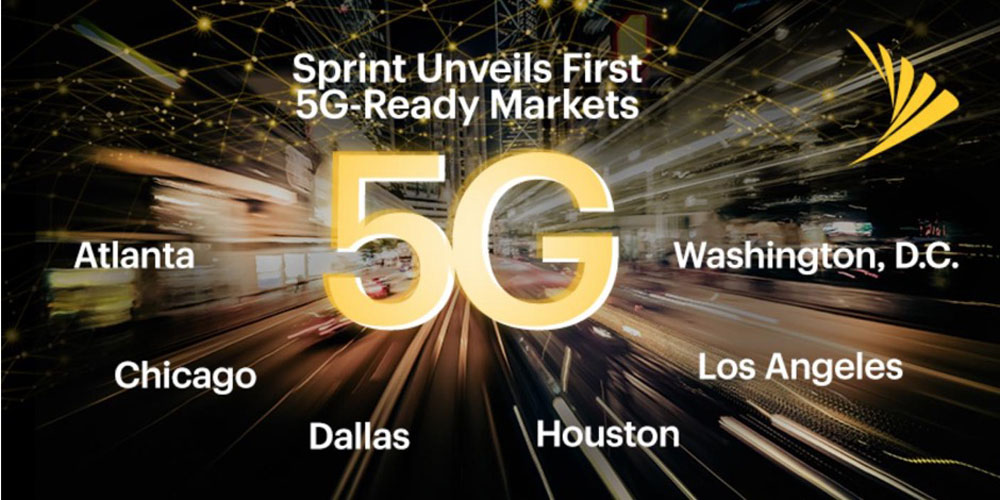 AT&T last week named the first cities to get access to its 5G rollout, and now Sprint has done the same for its network.

Interestingly, of the three cities named by AT&T and the six by Sprint, two of them are set to see 5G service from both carriers …

Sprint says that its first six cities will be Atlanta, Chicago, Dallas, Houston, LA and Washington, DC. It has Atlanta and Dallas in common with AT&T, which also included Waco, Texas.

There are, though, a couple of catches to Sprint’s announcement. First, while AT&T says it will begin 5G service by the end of this year, Sprint is aiming only for the first half of 2019. Second, with carriers arguing about what 5G actually means, Sprint says that it will initially be providing ‘5G-like capabilities,’ suggesting that it may not be fully compatible with 3GPP standards.

Instead, it says that the Massive MIMO technology it will employ will serve as a stepping stone to true 5G.

Sprint shares that it will, though, offer similar speeds of up to ten times current LTE, and that the masts used will be software-upgradable to 5G further down the line.

Verizon has promised 5G sometime this year, but has not yet named its launch cities. All the major carriers are using different definitions to claim that they will be the first to launch 5G. Apple may not support 5G in this year’s iPhones, but carriers are indicating that the technology is likely to come first to mobile hotspots.

Sprint announced yesterday that it is also working to bring much faster connection speeds to airline WiFi.