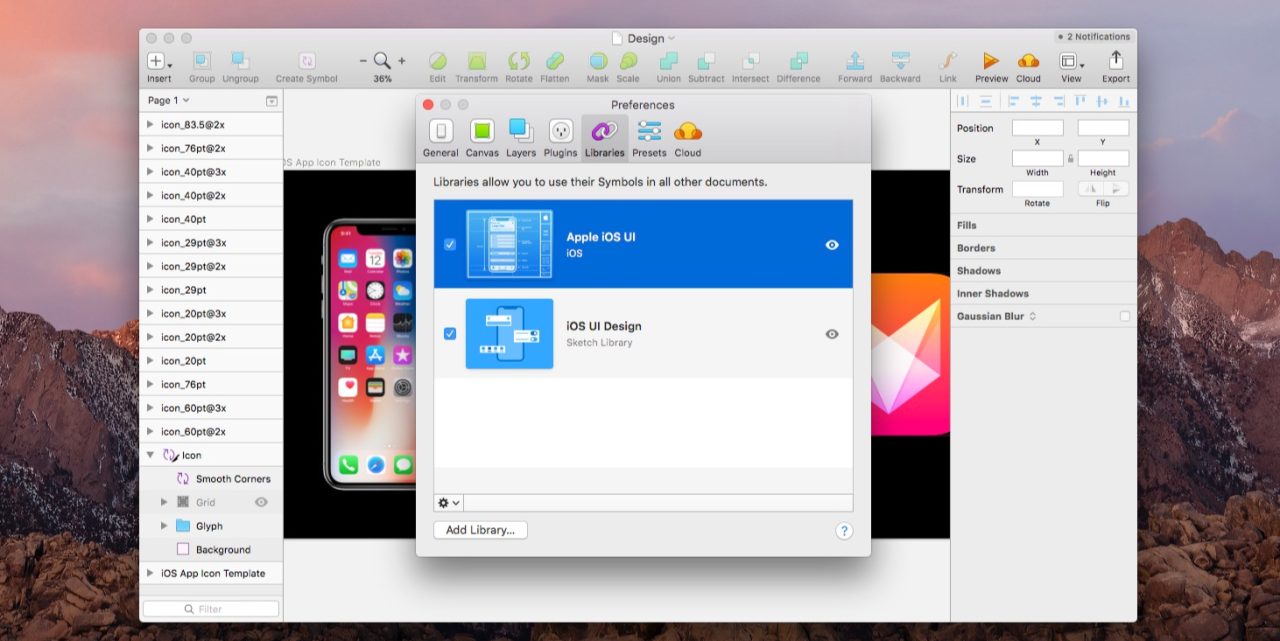 As part of the latest update to Sketch, a popular design tool for app development, the company announced that they have partnered with Apple to integrate the official iOS 11 design templates inside the app.

Sketch users can now simply download the Apple iOS UI Library in one click, and get automatic updates when new resources are added.

The integration allows designers to draw upon Apple’s library of system iconography and interface elements in their mockups and canvases.

After downloading the Apple iOS UI library, users can quickly add elements from the Insert menu. Add toolbars, buttons, glyphs and more. Apple has hosted Sketch design resources on its website for a while; this is the first time they have been formally integrated into the Sketch app.

This will surely be a popular feature for users of Sketch and will help Apple migrate designers to future changes or additions to the iOS UI frameworks more quickly. Sketch will notify users if the Apple library is updated, so existing designs can be reviewed to consider the changes.

Sketch 49 also includes a major new prototyping features, which enables basic animations and transitions between design screens. It’s almost like a mini-Keynote presentation deck. You can see the new Prototyping feature demoed in the video:

Sketch is available from the developer’s website, currently priced at $99 per year.