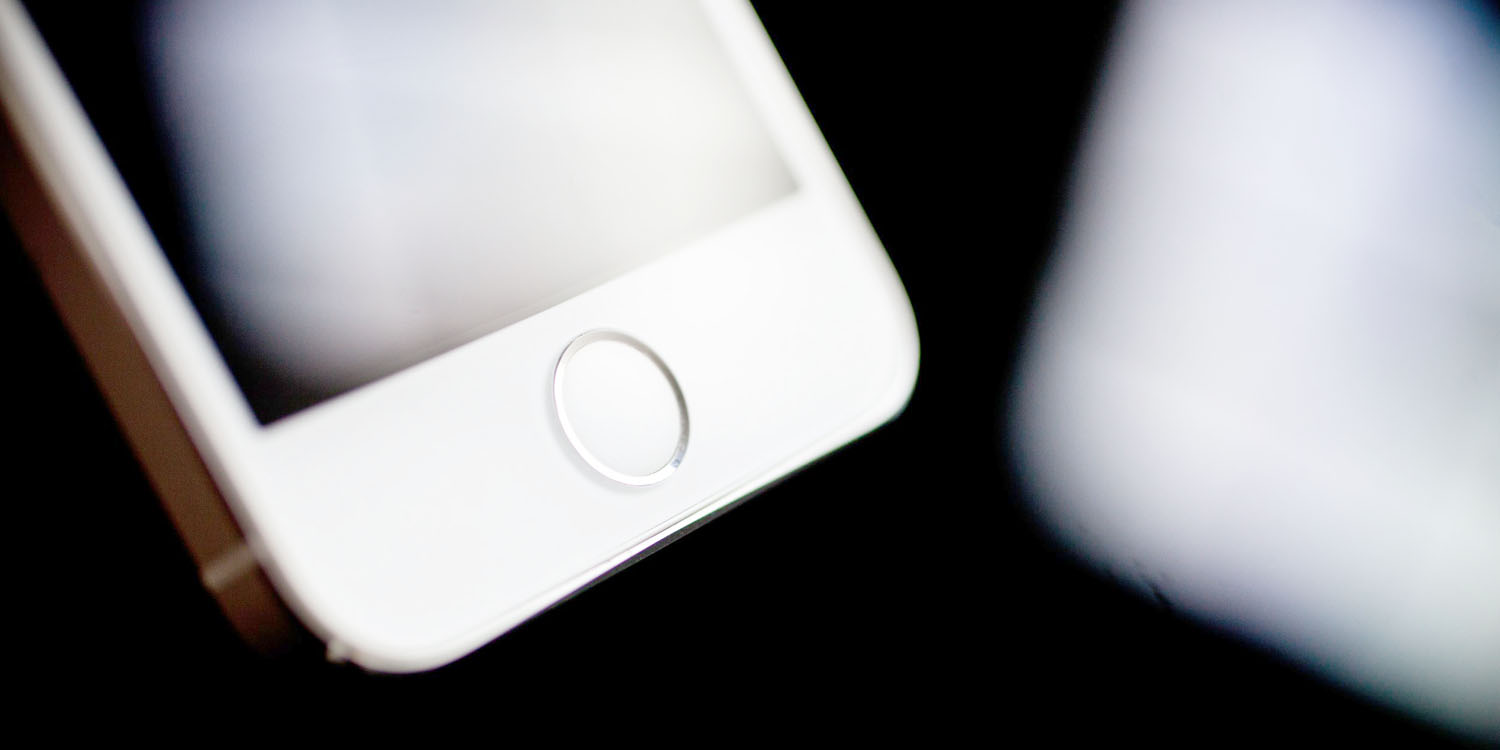 I’ve argued in the past that the longevity of Apple devices is one of the reasons the so-called ‘Apple tax’ is lower than it appears. Until now, there hasn’t been any hard data on the average lifespan of an Apple product, but one analyst thinks he has figured out how to calculate it from Apple’s own numbers …

Asymco’s Horace Dediu wrote recently that there have been only two occasions Apple has released what he considers a critical number.

The 1.3 billion monthly active devices is the most important measure of the health of Apple’s business. It’s the primary way the company chooses to measure itself and it’s the best instrument available to understand the company’s strategy.

This is only the second time this number was revealed. The previous figure, given in January 2016, was 1 billion active devices.

But in a new piece, he has used that number, coupled to cumulative devices sold, to do a calculation that is complex to explain but simple to visualize.

First, you subtract the number of currently active devices from the total number sold. That gives you the number of ‘retired’ devices – ones no longer in use, whether with their original owner or anyone else. From that, you can see that 2 out of every 3 devices ever sold are currently active. Here’s where the explanation sounds complex:

Arithmetically, the average lifespan at a given time t is the duration between tand the moment when the cumulative devices sold reached the cumulative retired devices at time t.

For example today–as the visual below represents–the lifespan is the time since cumulative devices sold reached the current total retired devices. The cumulative retired devices can be calculated as 2.05 billion cumulative sold minus 1.3 billion active or 750 million. The time when cumulative devices sold reached 750 million was the third quarter 2013. The lifespan is thus estimated at the time between now and Q3 2013 or 17 quarters or about 4 years and three months.

But the graph makes it much clearer. 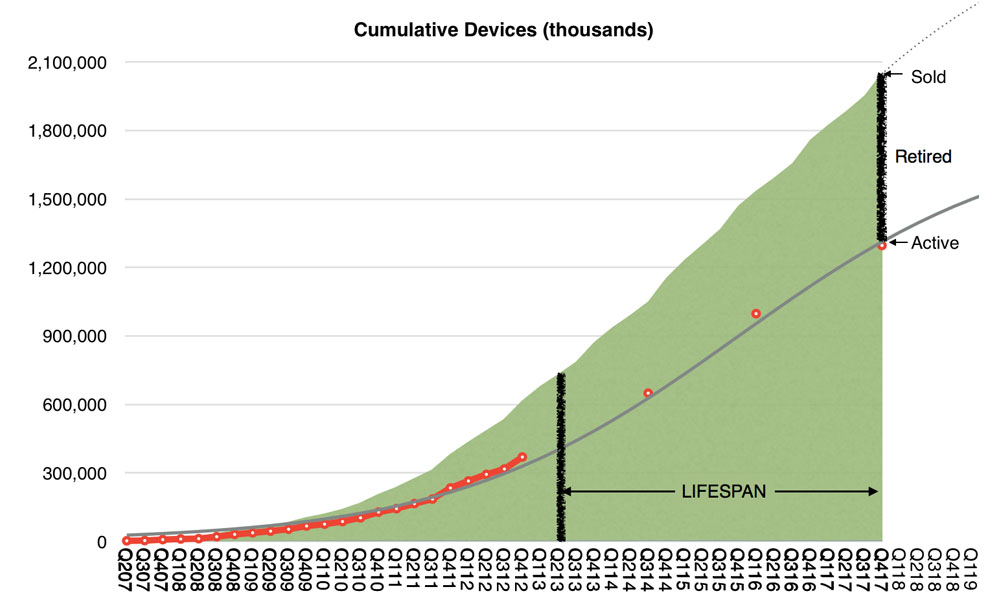 Here’s how to interpret it:

I’m a words guy, not a numbers one, but I think that makes sense. Assuming it is, that tells us the average lifespan of an Apple product is a little over four years.

Instinctively, that seems low to me, especially if you think about Macs. I typically keep mine for 4-5 years before selling them to someone who will presumably also use them for several years. But we have to bear in mind that it also includes iPhones, for which two years with an initial owner followed by the same time with a subsequent owner feels more reasonable. And Macs will be balanced out by Apple Watches, which I suspect are typically used for a couple of years before they gather dust in a drawer.

9to5Mac readers may be able to provide some insight here, so please complete the two polls, letting us know how often you typically keep an iPhone and – if you know (for example, by passing it on to a family member) – how long it remains in use with its subsequent owner(s).