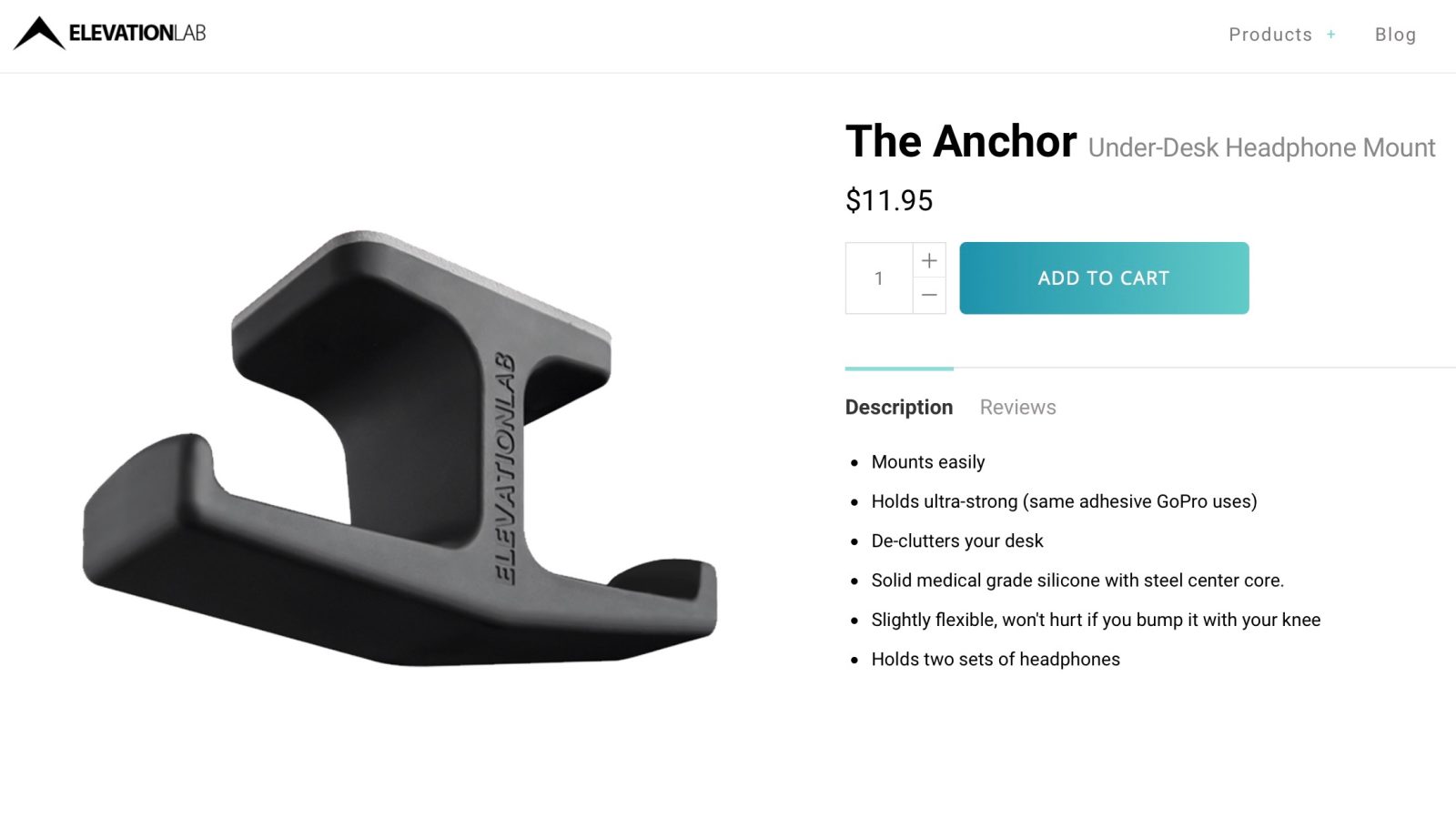 Amazon has come under fire in the past for its lackluster approach to handling counterfeit products. Now, the online retailer is facing a broader problem, with counterfeiters going as far as to take over a company’s legitimate product listing…

BuzzFeed News highlights the problem in a report, explaining how a counterfeit maker of the popular Anchor headphone mount from Elevation Labs overtook the company’s own Amazon listing.

By taking advantage of how Amazon shows users the lowest priced listing for an item, “Suiningdonghanjiaju Co Ltd” was able to sell its counterfeit version of the Anchor via the main selling page of the accessory:

It did this by manufacturing a counterfeit version of the headphone mount and uploading the counterfeit to the Amazon marketplace using the same SKU number (a unique string of numbers attached to every unit of a particular product).

Then, by listing the counterfeit at a slightly lower price, its rip-off completely took over Elevation Lab’s product listing for the Anchor.

Suiningdonghanjiaju even went as far as to photocopy the packaging from Elevation Labs, whose founder, Casey Hopkins, blames Amazon for their lack of attention to counterfeits. Hopkins says that since Amazon still makes a cut from the sale of counterfeit goods, it has little motivation to police them:

“Amazon’s not policing for counterfeits or anything. They’re still making money from counterfeit products, and counterfeiters can hide behind anonymity. I don’t even blame the counterfeiters, because Amazon makes it super easy for them,” Hopkins told BuzzFeed News.

Making matters worse for Elevation Labs, the company pays Amazon “tens of thousands of dollars” to advertise on Amazon, and when Suiningdonghanjiaju was able to take over the listing, all of the company’s advertising went to waste as sales went to the Chinese knockoff.

All in all, Hopkins says this issue cost the company somewhere between $50,000 and $100,000 in the last week, as well as the cost of angry customers who received the low-quality knockoff. The listing has since been fixed.

Elevation Labs has become known for its high-quality accessories and sells some of its products though Apple, such as its hybrid battery pack for iPhone and Apple Watch.

Apple itself has suffered from fake and counterfeit product listings. The company commented over a year ago that more than 90 percent of the “genuine” Apple chargers and cables sold on Amazon are fake. While Amazon says it has made improvements, it’s clear the seller-side of the platform still has ways to go.