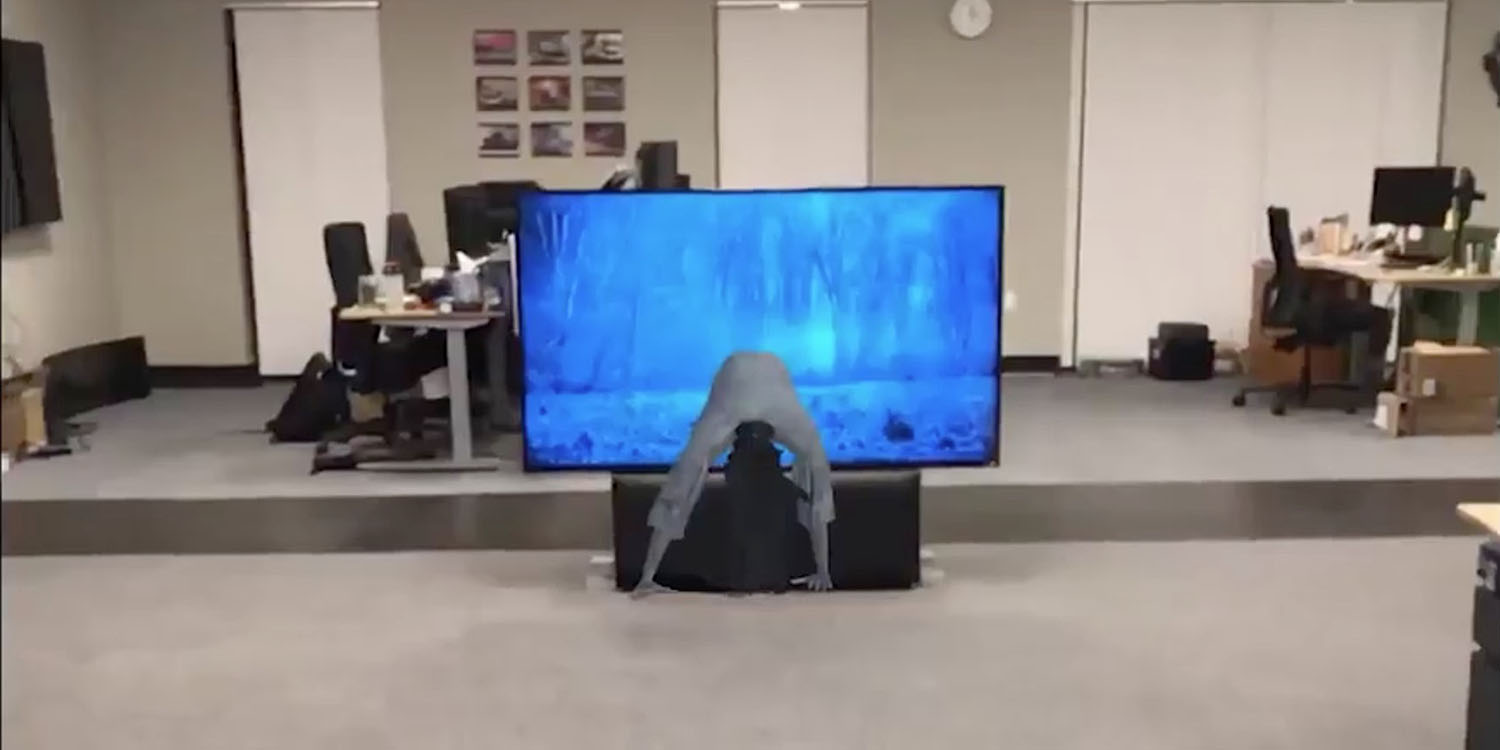 In the 2002 movie, Samara is a young girl whose psychic powers inadvertently start killing those around her. Her parents finally decide to kill her by throwing her in a well, but she emerges from the well a week later as a vengeful spirit.

In a key scene in the movie, a video showing Samara’s spirit climbing out of the well has her climb through the TV set toward the viewer, and it is this scene that Abhishek Singh has recreated in AR.

He said that he used ARKit and game development platform Unity to create it, and you can see it in action in the tweeted video below.

I reenacted a famous scene from 'The Ring' to bring #horror movies to life in AR#madewithunity #ARKit pic.twitter.com/fRU2ul56ki

The aspect ratio results from him capturing it with screen recorder on an iPad.

The resolution of the AR character is limited, but comments on the tweet indicate that it has succeeded in creeping people out …