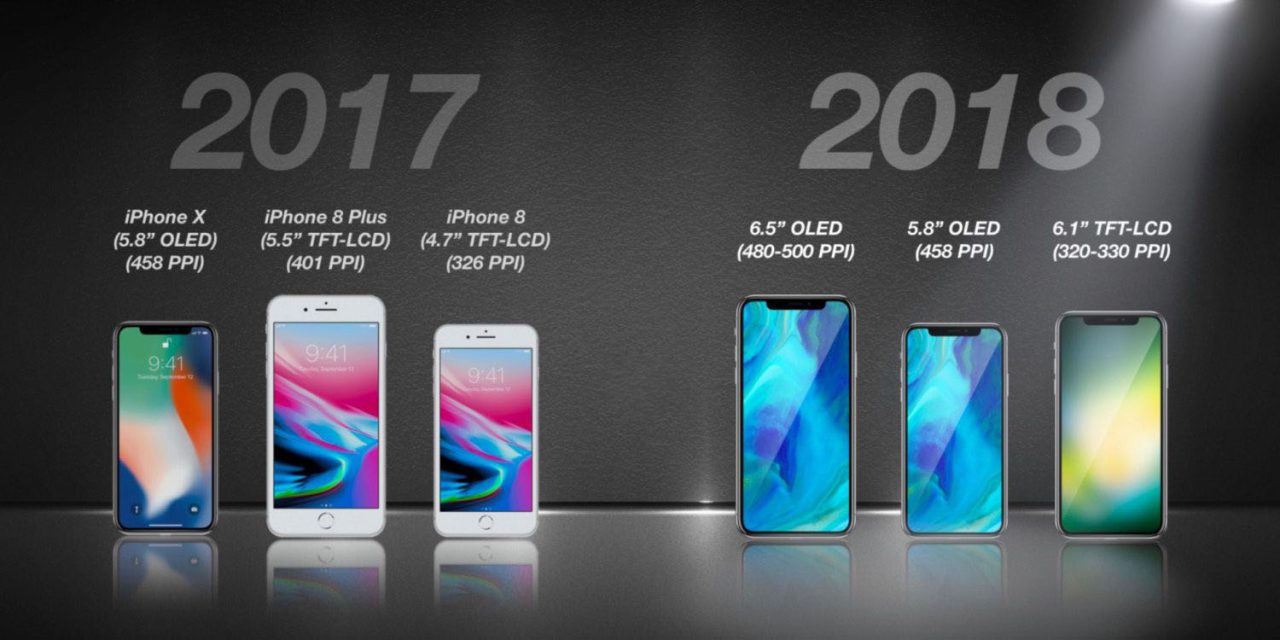 Supply-chain reports predicting Apple’s order for iPhone displays across 2018 would, if accurate, point to record-breaking sales for the year.

Taiwanese supply-chain sources report that Apple is expected to buy 250-270M display panels for iPhones this year. This would be well above the 216M iPhones sold last year, and even higher than the company’s all-time record sales of 231M in 2015 …

Even counting calendar years rather than Apple’s fiscal years, it would be higher than the 234M iPhones sold over the last four quarters.

The Digitimes report breaks down the expected orders.

Apple’s purchases of OLED panels in 2018 will reach 110-130 million units, including 70-80 million 5.9-inch units for the current iPhone X and an upgraded version of the same size. The remaining will be 40-50 million 6.5-inch OLED panels for the production of a less expensive [sic] model, said the sources.

There are several reasons to view this report with skepticism. First, Digitimes has a mixed track-record. Second, while the site does have some good supply-chain sources, it would need reliable numbers from up to four possible suppliers to produce a meaningful estimate of total purchases: Samsung, LG, Japan Display and Sharp. Third, Apple will at this stage be talking potential orders rather than firm ones.

In particular, Apple would likely want to discuss the maximum possible orders it might make from each supplier, taking into account possible shortfalls from any one or more of them. Simply totting up the total numbers it has discussed with each supplier will likely result in an over-estimate of the actual orders it expects to place.

Finally, as we’ve seen recently, not even Apple knows how many iPhones it will sell a quarter or more ahead. There have been consistent reports that it had to halve iPhone X production for the current quarter.

All the same, strong sales are possible. KGI predicts that Apple is working on three new iPhone models this fall: an upgraded version of the 5.8-inch iPhone X, a larger 6.5-inch OLED model and a cheaper 6.1-inch LCD version with a similar design, made possible by Full Active LCD screens. KGI predicts Apple will sell 100M units of the lower-cost LCD model.