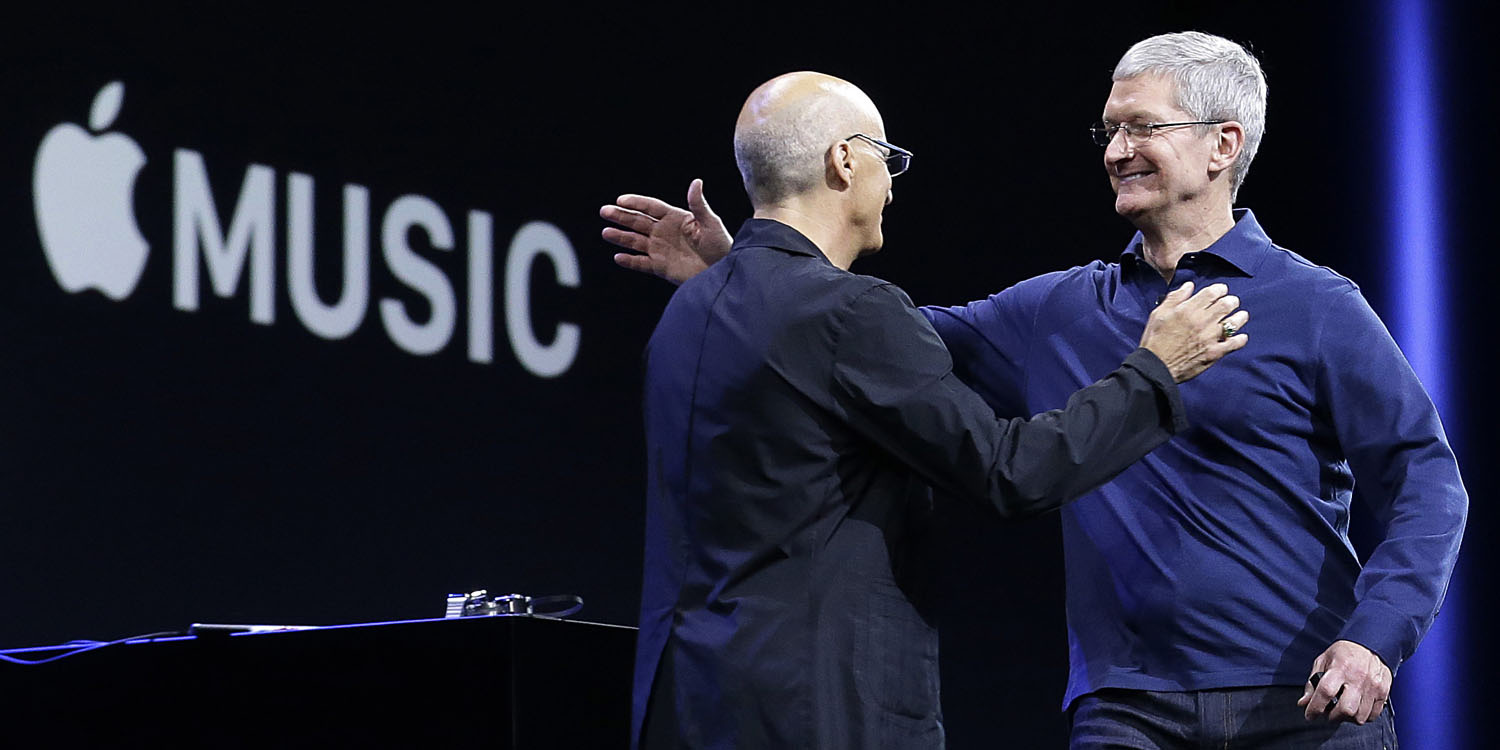 It was reported back in January that Jimmy Iovine would be leaving Apple in August after the last of his stock vested. Iovine later denied this, describing it as fake news.

A fresh report today suggests that while he may not be actually departing from Apple, Iovine will ‘step back from daily involvement’ …

The WSJ carries the report today.

Apple is losing the public face of its music operations, just as its streaming service is finding its beat. Executive Jimmy Iovine will transition into a consulting role in August and step back from daily involvement with the company’s streaming-music business, according to people familiar with his plans […]

Mr. Iovine, a former producer of Stevie Nicks and U2 who founded Interscope Records, has told people close to him that he plans to spend more time with his family while supporting Apple Senior Vice President Eddy Cue, who oversees Apple Music, as needed, the people said.

The piece says that he isn’t the only big music name to step back from Apple Music.

Former Chief Executive Ian Rogers, Beats co-founder Dr. Dre and Nine Inch Nails frontman Trent Reznor, another top Beats executive, have all left or distanced themselves from the company since the Apple deal, people familiar with the business said.

There have been suggestions of culture clashes between Iovine and an increasingly corporate Apple. WSJ sources said that Iovine’s role was mostly artist relations, while two lesser-known execs effectively ran the business under Eddy Cue’s leadership.

Apple continues to rollout the beta of an ‘Apple Music for Artists‘ dashboard as it awaits regulatory approval for its Shazam acquisition.

Our take: Jimmy Iovine has played an important role in the launch of Apple Music, providing a combination of expertise, credibility and artist contacts. Now that the service is established, his most valuable role is arguably that of a figurehead and sometime consultant. Stepping back from active involvement would be a face-saving way of allowing Iovine to effectively cease his existing role without the PR hit of him actually leaving the company.