Analyst: Apple Watch and services will overtake iPhone as main growth driver over next five years

A new report today from Business Insider shares new projections about how valuable Apple services will be to the company’s growth as iPhone shipments stagnate. Morgan Stanley analyst Katy Huberty believes the company’s services and Apple Watch will be the primary revenue growth drivers over the next five years.

In a new note from Huberty, the analyst says that she sees a bright future for Apple with the rich potential of monetizing its services. This is in spite of reports of the iPhone X not selling as well as expected.

But don’t flee Apple stock, Huberty says. “We see increasing value in the Apple platform, particularly through services monetization,” she wrote. She gives Apple, which is trading at $170 a share Thursday, a price target of $203.

While Apple has historically leaned heavily on iPhone for revenue growth, this has began to shift. Huberty says that over half of the company’s revenue growth is now generated by Apple services.

Huberty estimated that roughly 60% of revenue growth is now attributable to services. That, coupled with wearables, like the Apple Smart Watch, “will drive almost all of Apple’s growth over the next five years,” she added.

The analyst estimates that Apple is earning about $30 per device, which was at $25/device back in 2016. While most Apple users don’t currently pay for any services, Huberty says that’s the silver lining.

Plus, only about 18% of Apple’s total device installed base are paid subscribers, “leaving much room for improved recurring revenue,” the note said.

While the average right now seems to be $30/device spent on services, Huberty believes that “active” users may be spending closer to $60, with the potential for Apple to hit over $100.

Some of the big opportunities are: 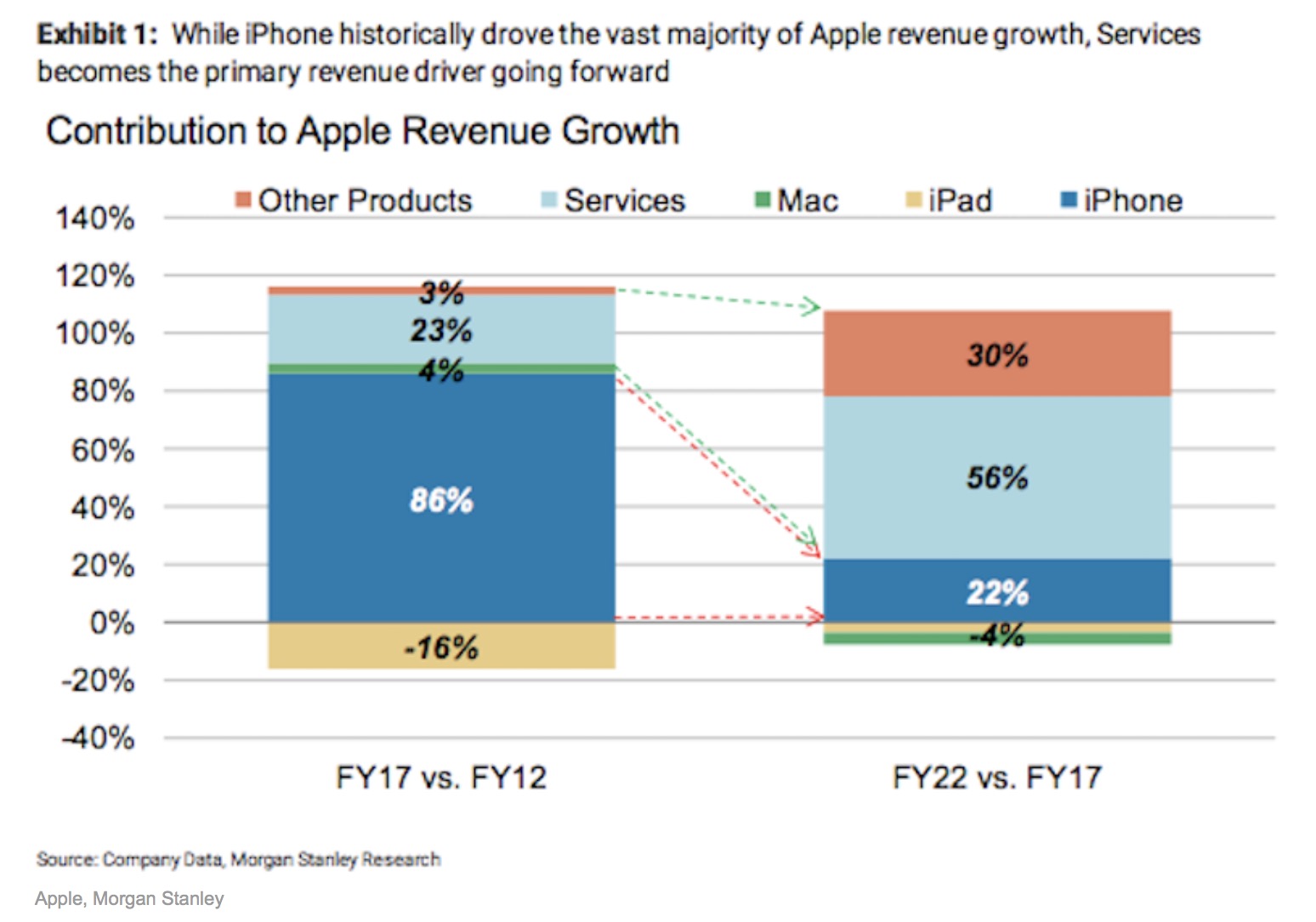 All in all, Morgan Stanley forecasts Apple’s services and “other” category, which includes Apple Watch will be generating 86% of revenue growth by 2022.

As for a dollar amount, the analysis projects $127 billion of revenue from just services and wearables/accessories by 2023 and $142 billion by 2024.