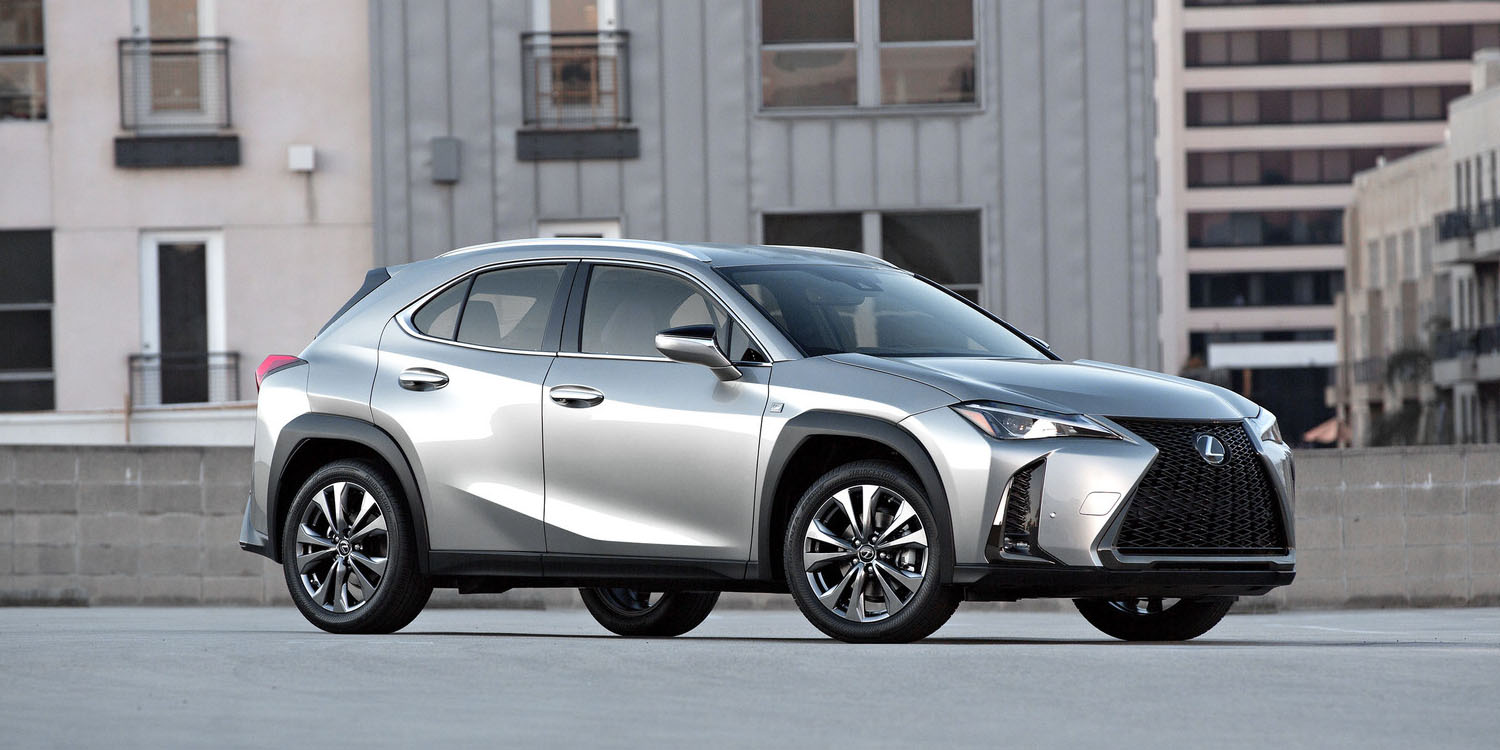 Lexus and Honda have both announced new models at the New York International Auto Show, both equipped with CarPlay.

Lexus has announced a compact luxury crossover known as the UX, seen above. All UX models include CarPlay as standard …

Staying connected on the road is essential to today’s drivers, so the UX makes it easier with a number of standard technology features.  Lexus is among the first luxury automakers to feature Amazon Alexa integration, so UX drivers can ask Alexa to play music and media, read Kindle books, control smart home devices, and more.

All UX models will also come standard with Apple CarPlay phone functionality. Once a compatible iPhone is connected through a USB cable, drivers can access Apple Music, maps, make phone calls, and send and receive messages all through the multimedia display or with voice control through Siri.

The company says that the UX is aimed at a new take on luxury cars.

“The first-ever Lexus UX is designed for the modern urban explorer seeking a fresh, contemporary and dynamic take on luxury driving,” said Chika Kako, Executive Vice President of Lexus International and Chief Engineer of the UX. “We designed the UX to appeal to buyers in their 30s who seek not only what is new and exciting, but what is also relevant to their lifestyles.”

Lexus has also pre-announced a new way to take delivery of a Lexus.

When the UX goes on sale in December of 2018, there will be a new option in addition to the usual purchase and lease processes. For the first time in the history of Lexus, the UX will be offered through a subscription service.

The company hasn’t explained how this will differ from a lease, though it may be emulating the model pioneered by Fair, which effectively bridges the gap between short-term rental and long-term lease with a flexible month-by-month arrangement. At least you don’t get charged a subscription fee for CarPlay, unlike certain car brands …

Honda says that CarPlay will be available on the 2019 Honda Insight hybrid.

The new Insight, launching at Honda dealerships nationally in early summer, joins the Clarity series and just-launched 2018 Accord Hybrid as the fifth new Honda electrified vehicle introduced over the past year […]

Powered by the third generation of Honda’s innovative and efficient two-motor hybrid system, Insight’s 151 net system horsepower combines with a lightweight structure to deliver the best power-to-weight ratio in its class as well as up to 55-mpg in the city.

Honda also suggests that CarPlay will be standard on all Insight models.

It’s likely we’ll be hearing more CarPlay news from the show. If you don’t want to change car, our recent roundup of the best CarPlay receivers includes aftermarket ones.