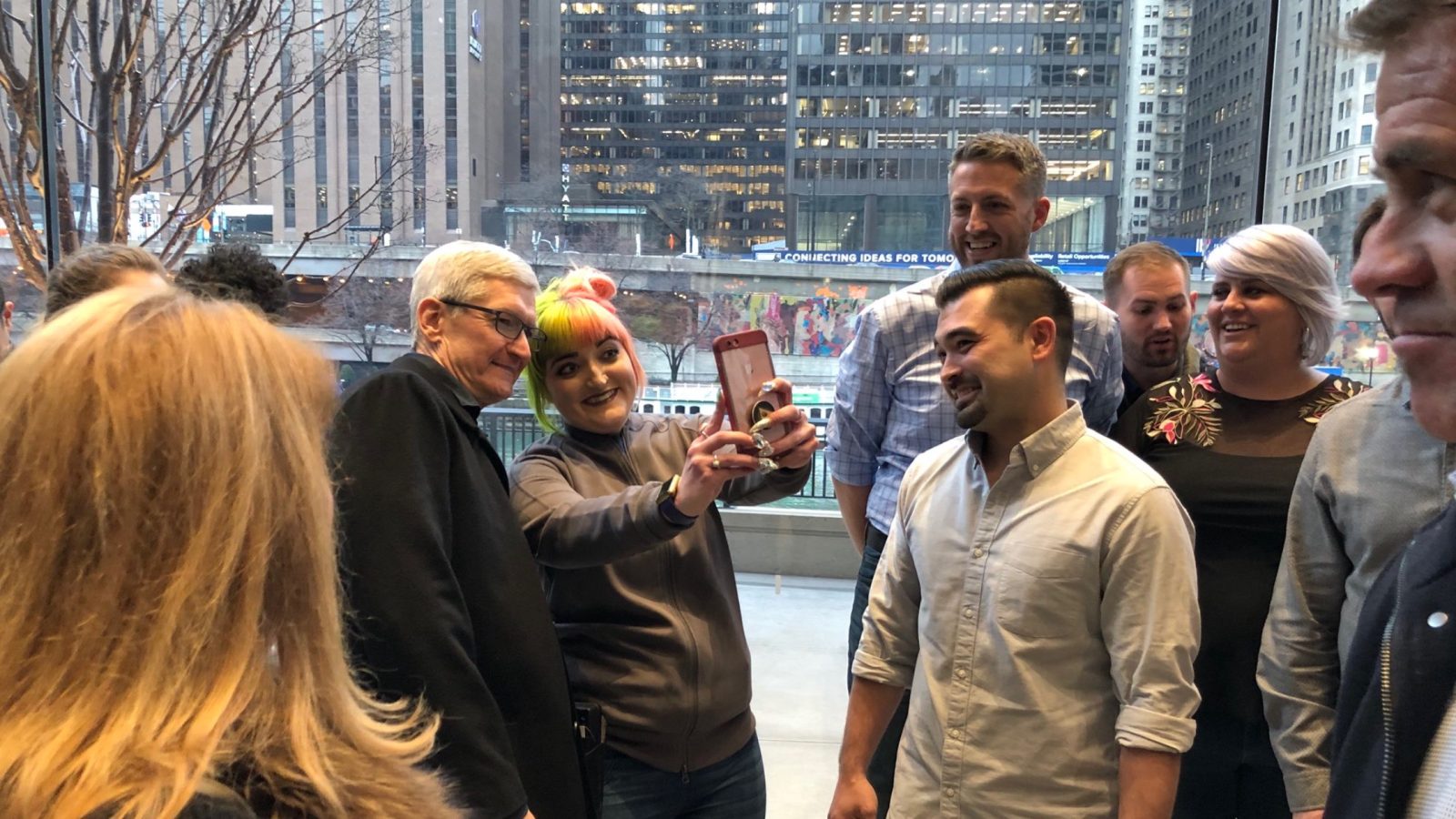 As seen in a handful of posts shared on Twitter this evening, Cook arrived at the Apple Store to a slew of eager Apple shoppers and employees. The Apple CEO stopped to take selfies and talk with fans, while Phil Schiller was also spotted at the store.

Apple announced last week that it would be holding a Teacher Tuesday event at the Michigan Avenue Apple Store following . The event was described as an opportunity for educators and consumers alike to learn more about storytelling with the Clips application.

Join us after the event for an exclusive Teacher Tuesday: Storytelling with Clips featuring musical guest Towkio.

For everything Apple announced today, be sure to read our full roundup. Were you in attendance at the event or lucky enough to see Tim Cook in Chicago? Let us know down in the comments.

Such a privilege to be invited to attend this once in a life time Teacher event in Chicago! Topped off by meeting Tim Cook! #LongWayFromOz @AppleEDU @westaustralian pic.twitter.com/XJXXoZEzou

Ty so excited to meet Tim Cook/CEO of Apple today at Apple store in Chicago pic.twitter.com/UMWvaQBaUi