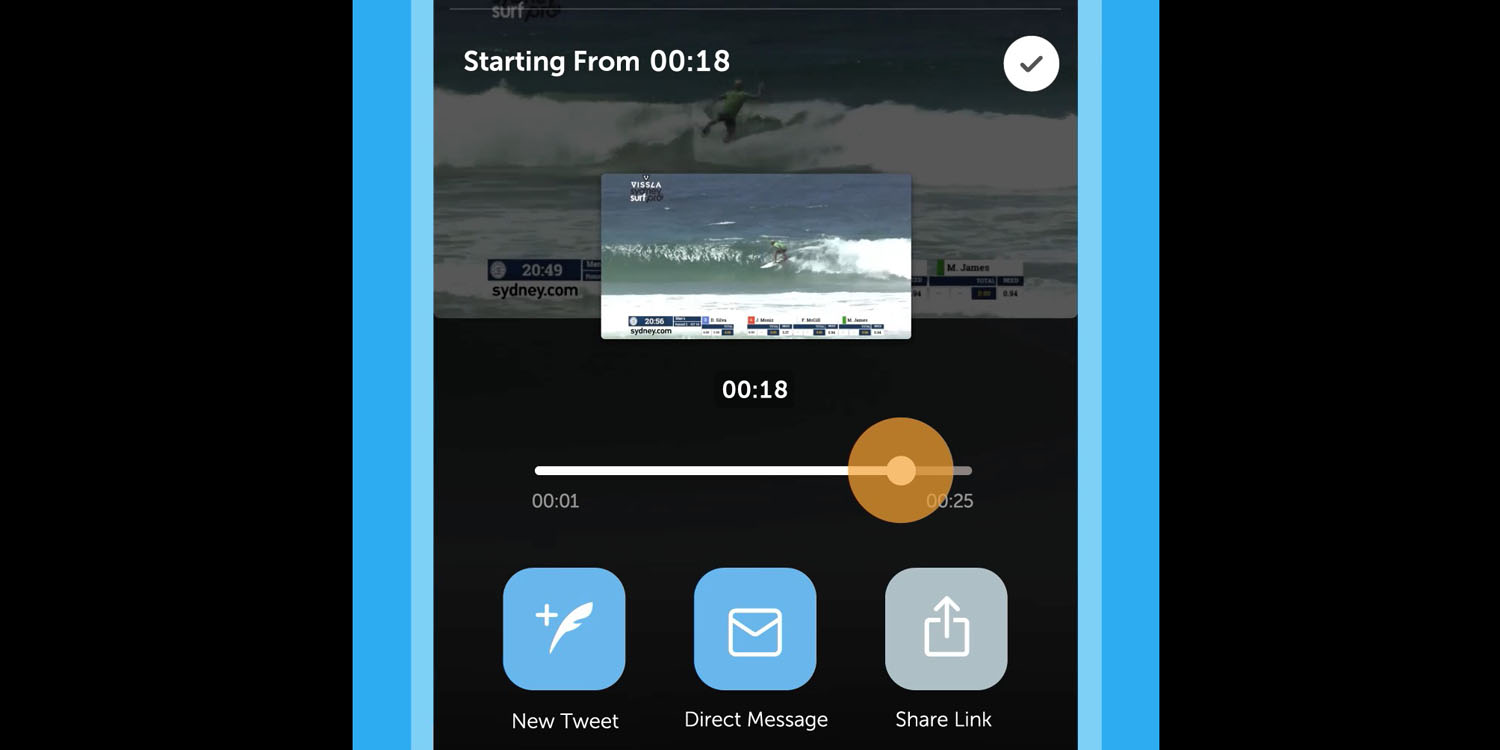 Twitter said it had noticed that people were having to include instructions in tweeted videos to ‘skip ahead’ to a particular time in a live video.

Sometimes, we want to draw attention to the specific moment in a live video that made us think, surprised us, or made us laugh. Previously, we could only Tweet an entire live video, which made it difficult to discuss what matters most. We saw people Tweeting with the specific time in the video directing us to the part they wanted us to watch.

The timestamp feature is particularly easy to use: simply slide to the moment in the video you want to share. This then becomes the default start-point when someone views the video.

For live videos that are still being broadcast, there’s one additional feature.

If the broadcast is still live, they can easily skip to what’s happening by tapping “live” at any time. The feature is available for any live video, whether from a professional content publisher or someone broadcasting from their phone.

The update is now rolling out to both iOS and Android versions. Twitter is a free download from the App Store. While the mobile app is alive and well, the company recently discontinued the Mac version, and we provided a roundup of the best replacements.