It’s April 1st, which means tech companies everywhere are taking part in April Fools’ Day. As has become a ritual in the tech industry, companies are using today to introduce a variety of “products,” some more funny than others.

Popular Apple accessory maker Twelve South is joining the fray again this year with its new Stadolier. The company says that standing desks are a thing of the past, with Standolier being more versatile for users.

Standolier is basically an airplane tray table that you hang around your neck and use everywhere you go:

Meet Standolier, the world’s first wearable, standup desk made exclusively for MacBook. Standolier allows you to stand up while you work, pretty much anywhere you want. Wear Standolier in the office or in line at your favorite coffee shop.

The standard size has just enough room for your MacBook and a cup of coffee, while the XL Standolier gives you plenty of space for a full desk setup. 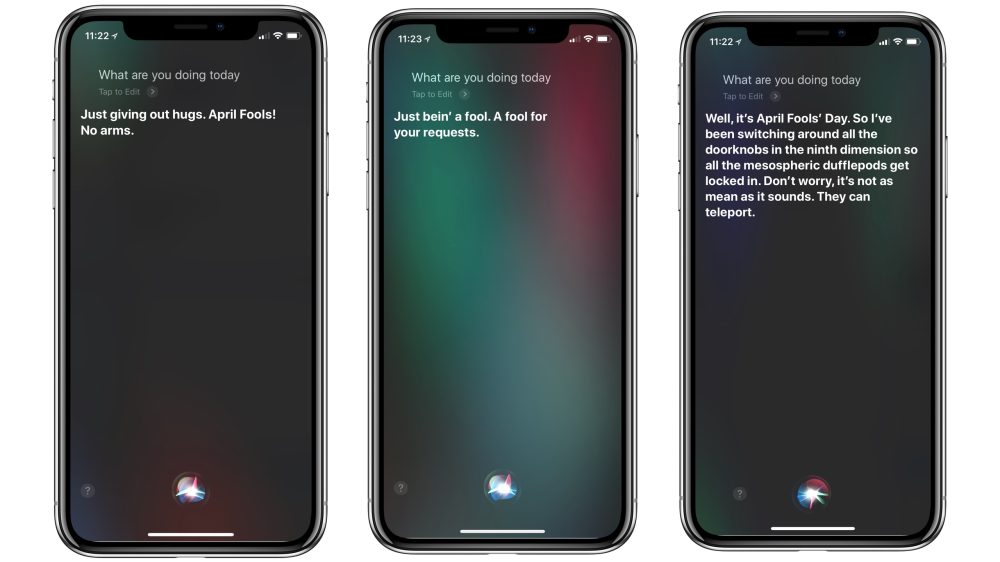 As usual, Apple’s own Siri is taking part in the April Fools’ Day celebrations. Apple’s virtual assistant has switched up some of her traditional responses to acknowledge the holiday, though they’re aren’t all that original as she said the same things last year.

Siri: Well, it’s April Fool’s Day. So I’ve been switching around all the doorknobs in the ninth dimension so all the mesospheric dufflepods get locked in. Don’t worry, it’s not as mean as it sounds. They can teleport.

Siri: Just bein’ a fool. A fool for your requests.

T-Mobile has become (in)famous for its April Fools’ Day shenanigans over recent years. Last year, the company introduced the T-Mobile ONEsie, a wearable that made it easy to track your body’s progress. This year, T-Mobile is continuing wearables trend with the Sidekicks.

No, it’s not a rebrand of the iconic sliding phone, but rather a connected pair of shoes. Best of all, the shows feature personalized GPS guidance by John Legere himself.

T-Mobile’s Sidekick gets a remake! Inspired by the past but stepping boldly into the future, it has revolutionary AI, headphones that double as chargers, personalized GPS guidance by John Legere, and more! 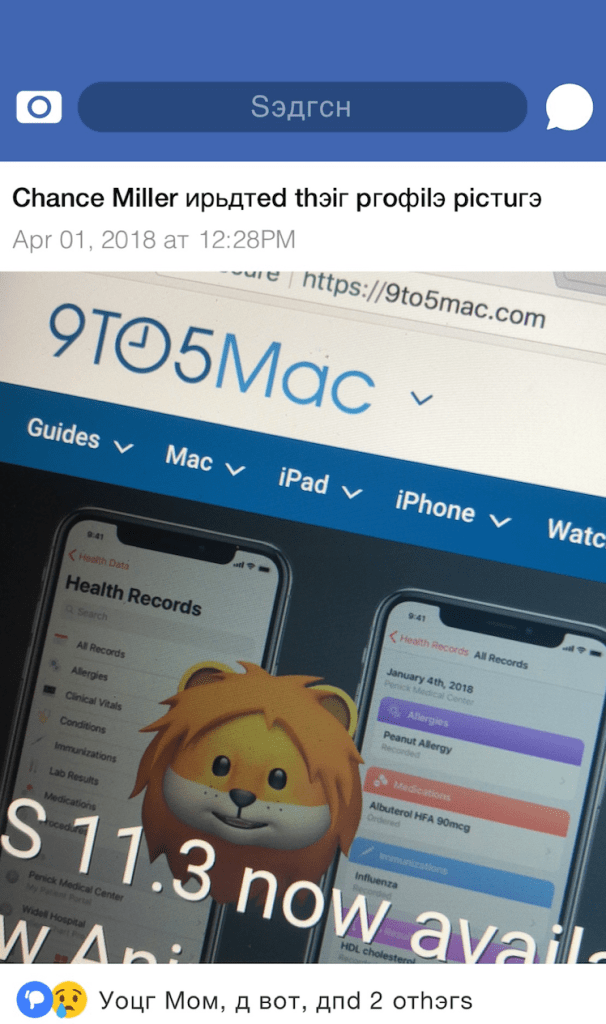 Snapchat is using April Fools’ Day as a way of throwing shade at Facebook, which just so happens to own its biggest competitor, Instagram. Snapchat has added a new filter to its app that overlays the Facebook interface focused on recreating Russian bots liking your content.

It’s a pretty timely move on Snapchat’s part, though one has to think it might go over the heads of Snapchat’s target user group.

As is the case every year, Google seems to be more focused on April Fools’ Day announcements than it is on fixing Android’s fragmentation problem. Nevertheless, the company has has added a Waldo mode to Google Maps, teased a Googz rebrand in Australia, and more.

Head over to 9to5Google for all of rundown of all of Google’s April Fools’ Day jokes. 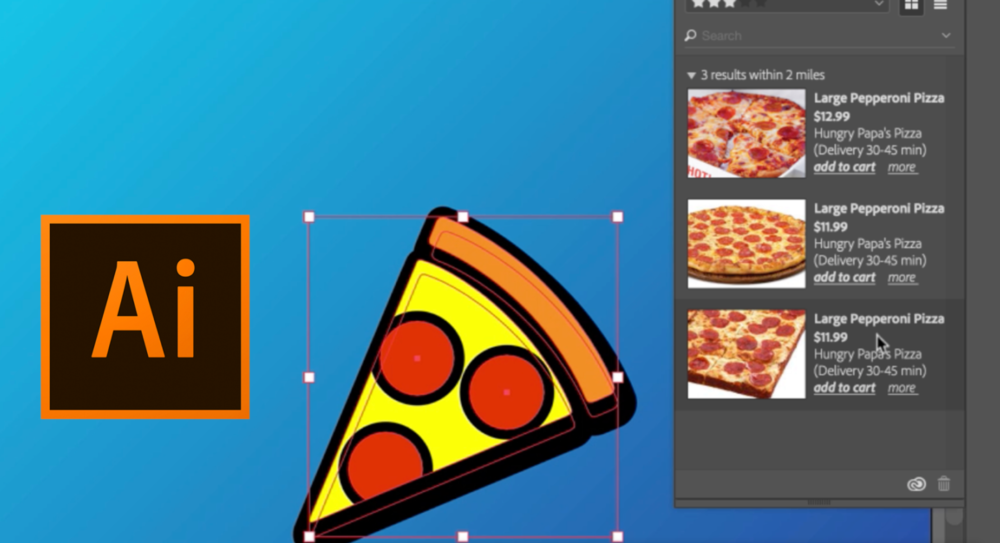 For its part, Adobe has announced the release of a new version of Illustrator that “makes it easier than ever to turn ideas into reality.” Essentially, you doodle what food you’re craving in Illustrator and the app will connect you with local restaurants and allow you to place an order without ever leaving the app.

With the April 1 release, Illustrator CC intelligently knows what you’re craving based on your designs. Simply doodle in Illustrator and our state-of-the-art artificial intelligence detects exactly what you want and connects you with local restaurants to order that food item without leaving the app.

Textbook and homework help website Chegg is taking part in the April Fools’ Day fun with a new Osmosis Pillow. The company claims this pillow will help you learn as you sleep:

Chegg, the company behind groundbreaking products like Chegg Study and Chegg Tutors, is proud to introduce the Chegg Osmosis Pillow, an incredible new way to study while you sleep.

The idea that sleeping with a textbook under your pillow enables “learning via osmosis” seemed too good to be true, until now. Memory foam shouldn’t just remember you – it should remember everything FOR you. 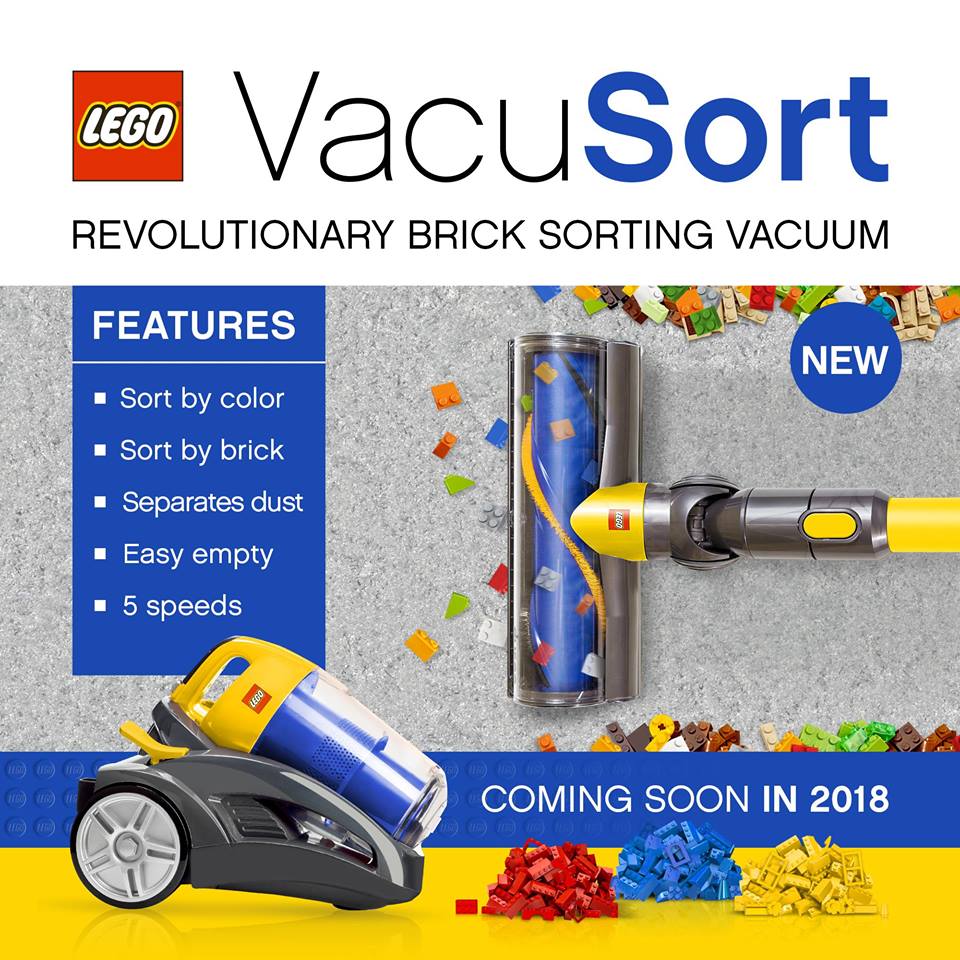 Last but not least, Lego announced a new VacuSort product that allows you to vacuum lego pieces, with the vacuum itself sorting by color and brick. Lego teases that the vacuum will be available in 2018.

We’ll update this post throughout the day as more companies unveil their April Fools’ Day 2018 announcements. Which one is your favorite? Read some honorable mentions below and let us know what you think down in the comments!