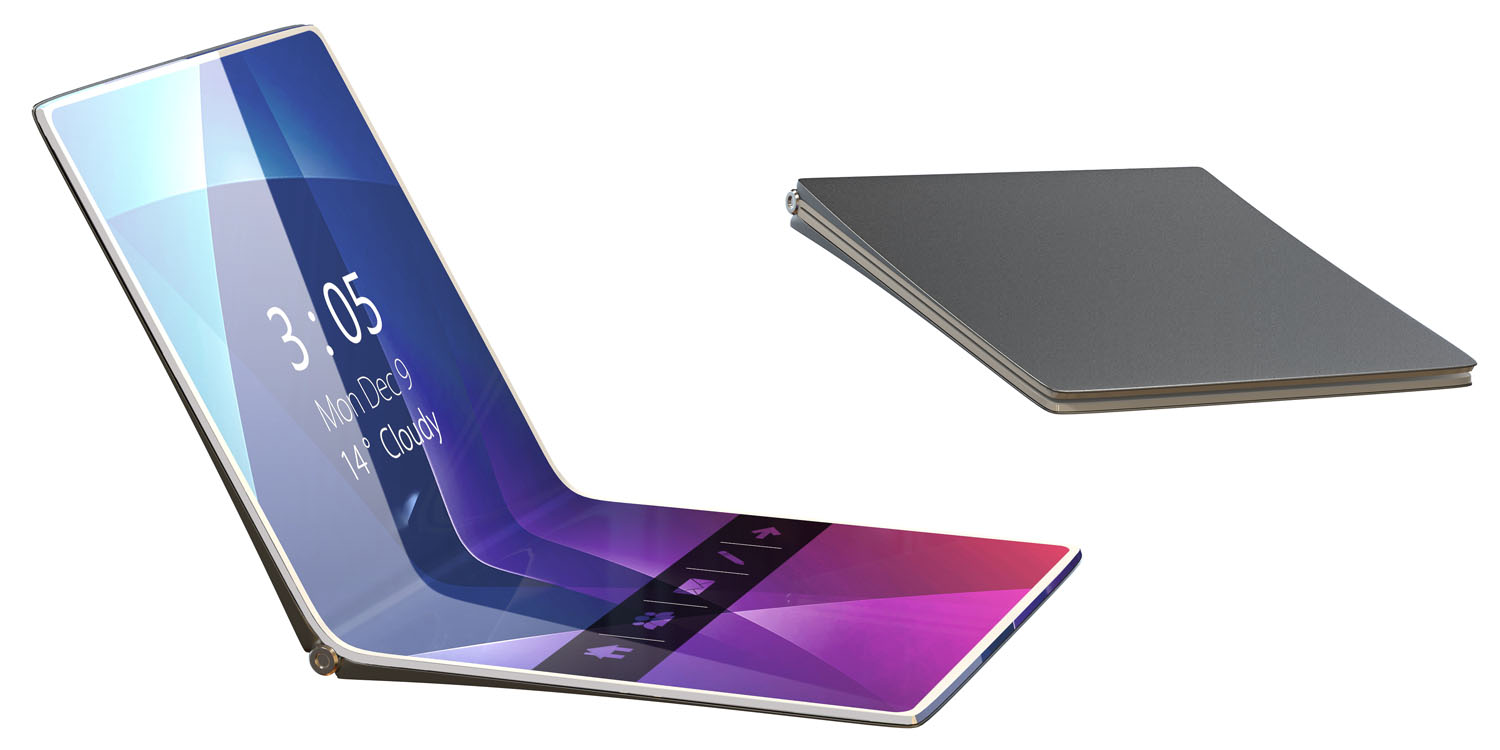 Tech commentators are predicting that the first smartphones with foldable displays will hit the market by the end of the year.

Samsung, Huawei, LG, Oppo, Lenovo and ZTE all have patents relating to foldable phones, in addition to Apple …

As we know from countless Apple patent filings, they are a very unreliable way to predict product launches, but observers cited by Digitimes seem to be operating on the basis that the sheer number of companies exploring the tech means that at least some of them are likely to make it into production.

There is some basis for considering it more likely than not. Clamshell designs were once extremely popular for both feature phones and smartphones, originally with a screen in one half and a keyboard or keypad in the other. It’s a way of generating a larger surface area in a more pocketable format. And we have seen a number of folding Android phones with screens in both halves, albeit comprising two separate displays rather than one folding one.

A Korean report suggests that Samsung will at least announce foldable phones this year even if they don’t go on sale until next year, while the piece suggests that Huawei might be first to market.

There have been a couple of reports of Apple working on a foldable iPhone, along with the inevitable patents. Our own poll suggests keen interest among 9to5Mac readers, with more than half of you saying that you would probably or definitely pay a premium to buy a foldable iPhone at launch.

Apple’s first step in that direction is expected to be a modest one: a gently curved screen. Technically, the iPhone X also has a curved screen, though the only visible element of this is a very slight outward curve at the edges, while the bottom of the screen does a 180-degree curve inside the casing to facilitate the near-bezel-free design.