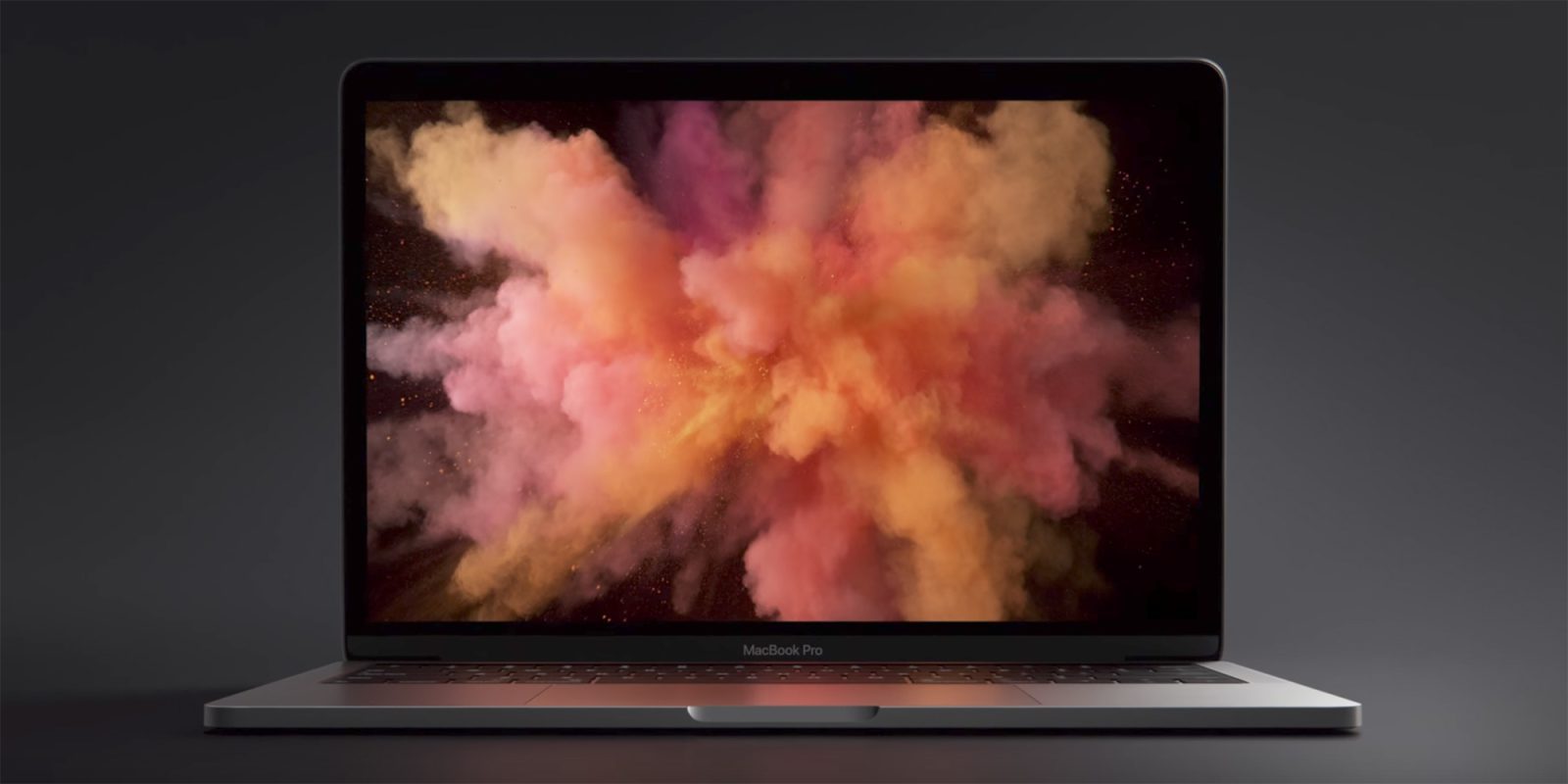 After previously testing in beta, Apple is pushing a new 32-bit app warning live for users on macOS 10.13.4 starting at midnight local time. The alert will appear once per app when a user launches 32-bit software for the first when running the current macOS version.

The dialogue box can be dismissed with the ‘OK’ button or users can click ‘Learn More…’ to access a newly published explainer document on 32-bit app compatibility with macOS High Sierra.

Apple warned developers back in June that a future update to macOS after the current High Sierra update would not run 32-bit apps ‘without compromise’, and 64-bit has been required for both app submissions and app updates to the Mac App Store since January 1.

With the new alert dialogue in macOS 10.13.4 going live, Apple is now informing customers about the upcoming requirement for 64-bit apps sometime in the future as well.

macOS High Sierra doesn’t actually change anything about the way 32-bit apps run on the Mac, but Apple is encouraging users of 32-bit apps to seek out 64-bit versions or contact developers before the transition is completed.

Apple explains the benefit of running 64-bit apps in its new support document:

All modern Macs include powerful 64-bit processors, and macOS runs advanced 64-bit apps, which can access dramatically more memory and enable faster system performance. The technologies that define today’s Mac experience—such as Metal graphics acceleration—work only with 64-bit apps. To ensure that the apps you purchase are as advanced as the Mac you run them on, all future Mac software will eventually be required to be 64-bit.

The document also includes a new FAQ that addresses concerns like potential data loss and 32-bit app support on macOS High Sierra. Apple reaffirms that “final transition dates have not yet been established” but encourages users to check for 32-bit apps before support is cut off in the future.

In addition to receiving the alert once when a 32-bit app is launched, Apple also lets users check for 64-bit compatibility through the system report feature.

From the Apple menu, choose About This Mac, then click the System Report button. From the system report, scroll down to Software, then select Applications. When you select an individual application, you will see a field titled ”64-bit (Intel)”. “Yes” indicates 64-bit; “No” indicates 32-bit. 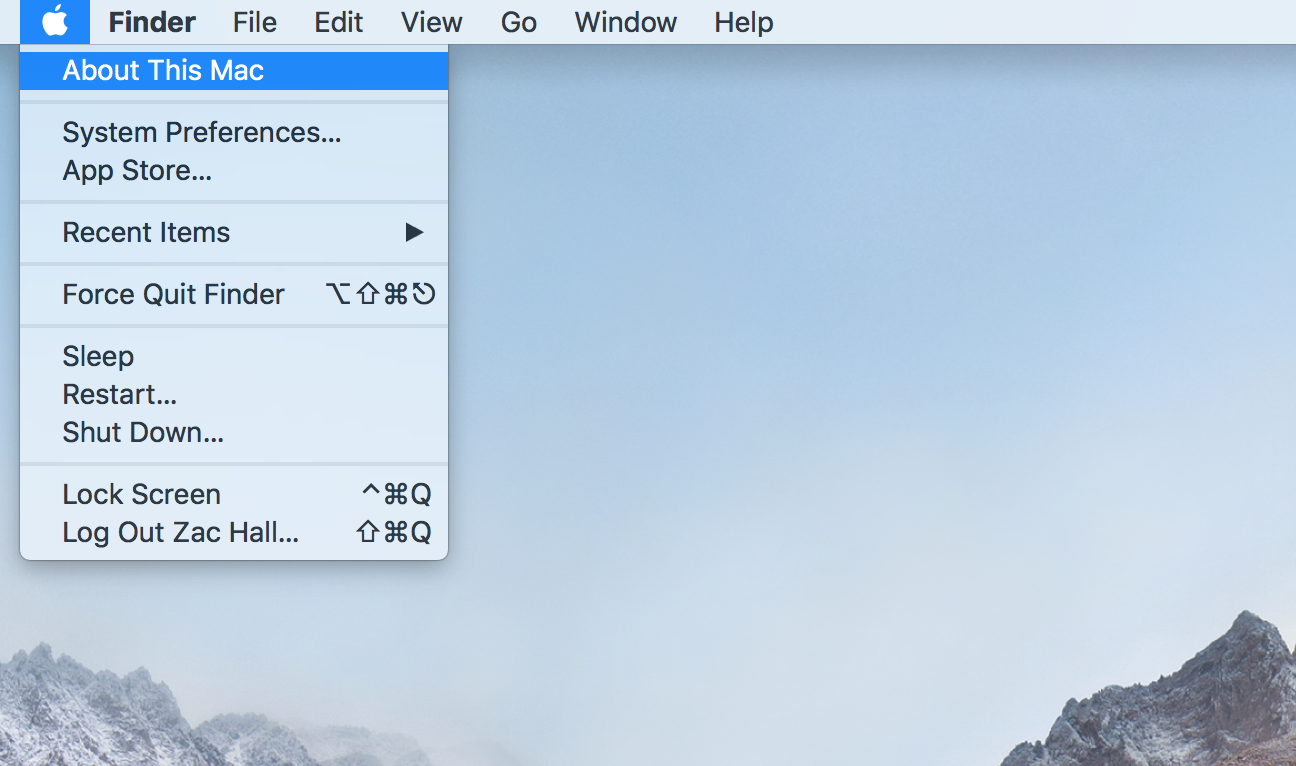 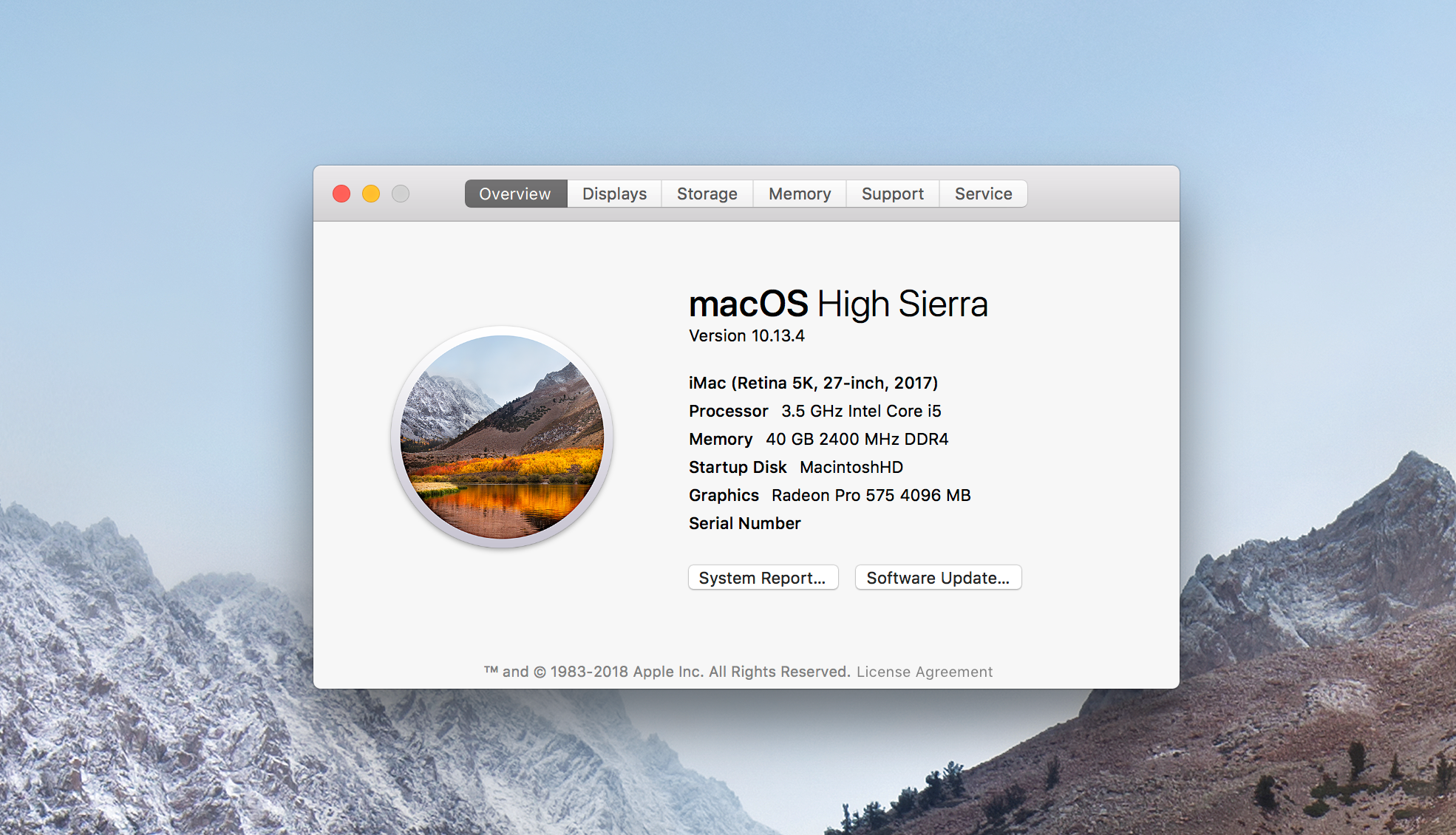 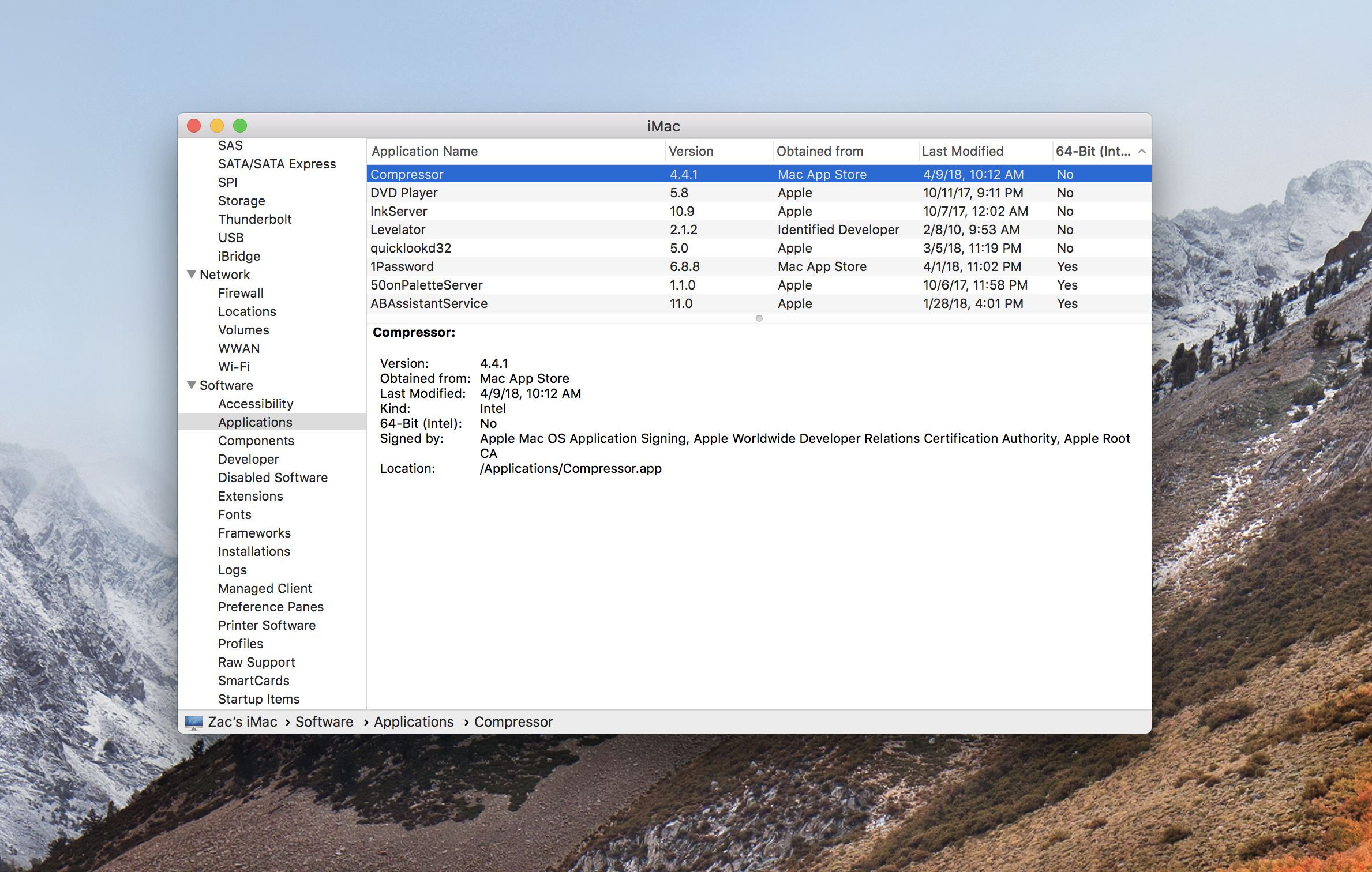 While Apple continues the transition from 32-bit to 64-bit only on the Mac, Apple has already completed the transition on iOS. Apple included a similar alert dialogue on 32-bit iOS apps with iOS 10.3 before requiring 64-bit support to launch on iOS 11 last year.

Apple hasn’t been quite that aggressive with the Mac yet, but the warning that the next major macOS version (presumably macOS 10.14) will not run 32-bit apps ‘without compromise’ (like some sort of compatibility mode with limitations) still stands.

Like with iOS, the goal is likely to ultimately not support older 32-bit apps on macOS at all. Upgrading to new versions of affected apps or looking for alternative solutions sooner than later is recommended.