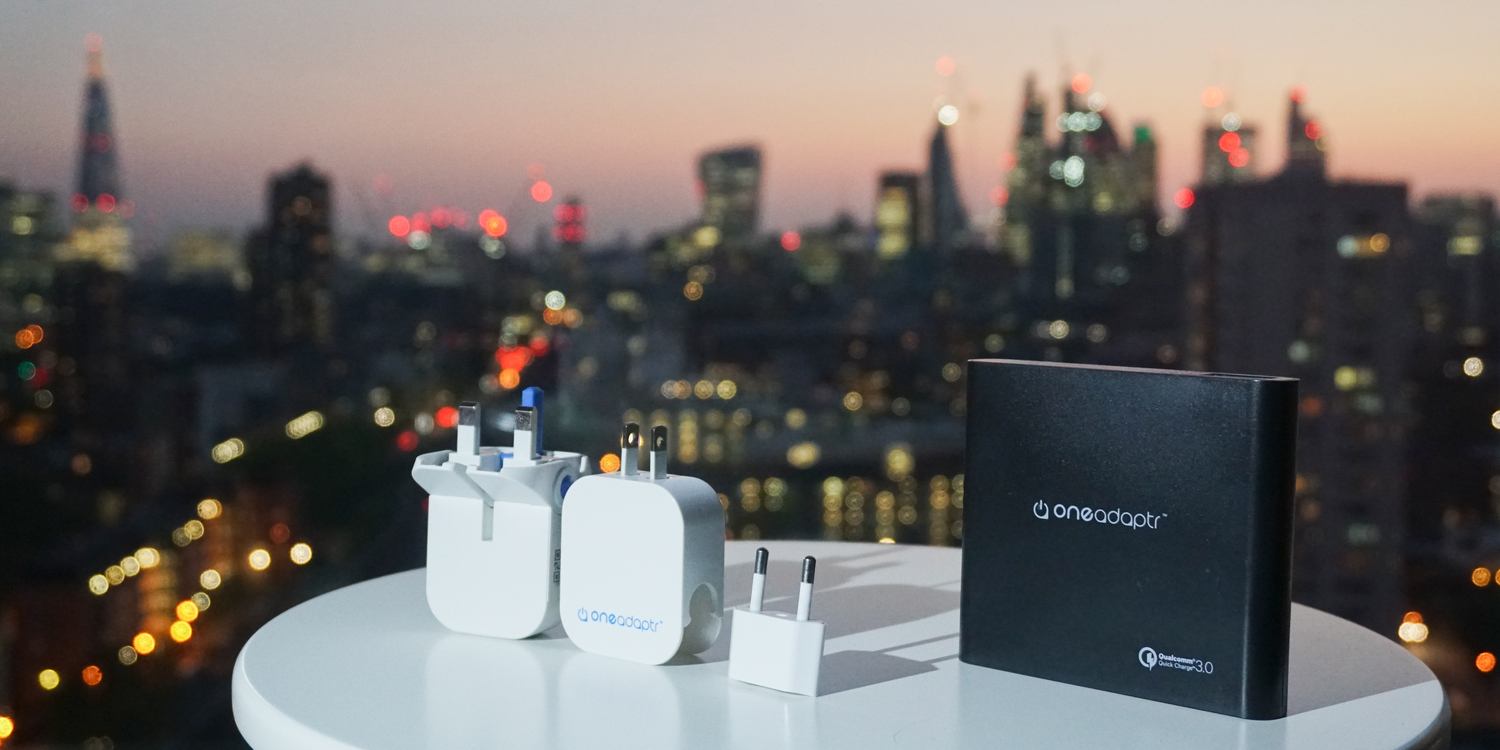 I’ve always travelled hand-baggage-only (except when taking my bicycle with me), and when you carry as many gadgets as I do, that can require some efficient packing.

I usually travel with my MacBook Pro, iPad, camera & lens, drone – and sometimes a test gadget or two. Plus, of course, chargers and cables for all of the above.

The higher power output of the MacBook Pro with Touch Bar means that I can use it as a charging hub, but if you’re looking for standalone chargers, as well as a way to reduce the bulk of a MacBook charger, OneAdaptr has some very neat solutions …

If you want an all-in-one charger for MacBook, iPad, iPhone and Apple Watch, the EVRI is all you need.

EVRI is a compact power brick with a standard figure-8 power input (as used in Apple’s own chargers) and five power sockets:

EVRI is a slim black unit with the figure-8 input socket at one end and the five USB output sockets at the other – one USB-C, four USB-A. It measures 4.4 inches long by 4 inches wide by 0.8 inches deep, and weighs just over half a pound. 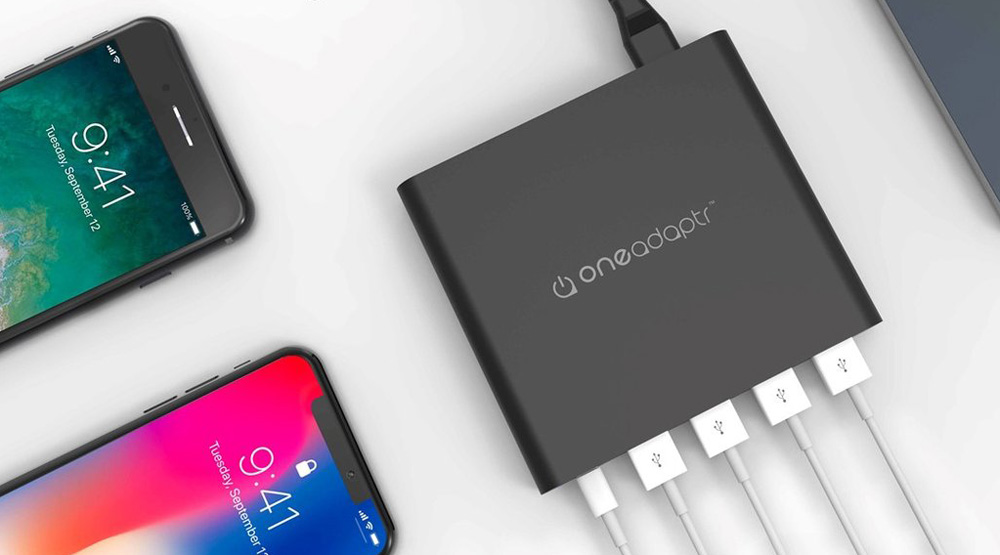 Like most gadgets, it’s cased in ABS plastic, though certainly doesn’t feel plasticky. You could almost mistake it for a metal case when you first pick it up.

Compare the EVRI to an Apple power brick – especially the meatier one for the 15-inch MacBook Pro – and it’s both smaller and a more convenient shape to slip into a small space. It comes supplied with a figure-8 cable, but you have to choose the one you want.

You will need the appropriate cable for your destination country, or else use a standard international plug adapter, but you can pick up figure-8 cables very cheaply, so I already have one of each type in my travel kit.

Using it is straightforward: it simply replaces your existing MacBook power brick. You can use the existing USB-C to USB-C cable that comes with it. As with Apple’s own chargers, input voltage is 100-240V, making it suitable for use anywhere in the world.

I used to be very cautious with third-party Mac chargers, preferring the safety of sticking to the real thing. But the whole point of USB-C Power Delivery is that it’s a standard: any charger which meets the standard, and has the necessary safety certificates, is safe to use. I’d still recommend sticking to known brands, but I have been using OneAdaptr kit long enough that I consider it one of them.

Although EVRI is rated at 80W rather than the 87W of Apple’s 15-inch MacBook Pro charger, it kept my MBP fully powered even when doing demanding things like photo and video editing.

All four USB-A 3.0 sockets are Qualcomm Quick Charge ones, so you’ll get high-speed charging of your iPad and iPhone 8/8 Plus/X, along with any other gadgets you have that support quick-charging.

One drawback for me is that I swapped out all my USB-A cables for USB-C ones when I bought my MacBook Pro. I’d prefer EVRI to be all-USB-C, but most of us have no shortage of USB-A cables kicking around. 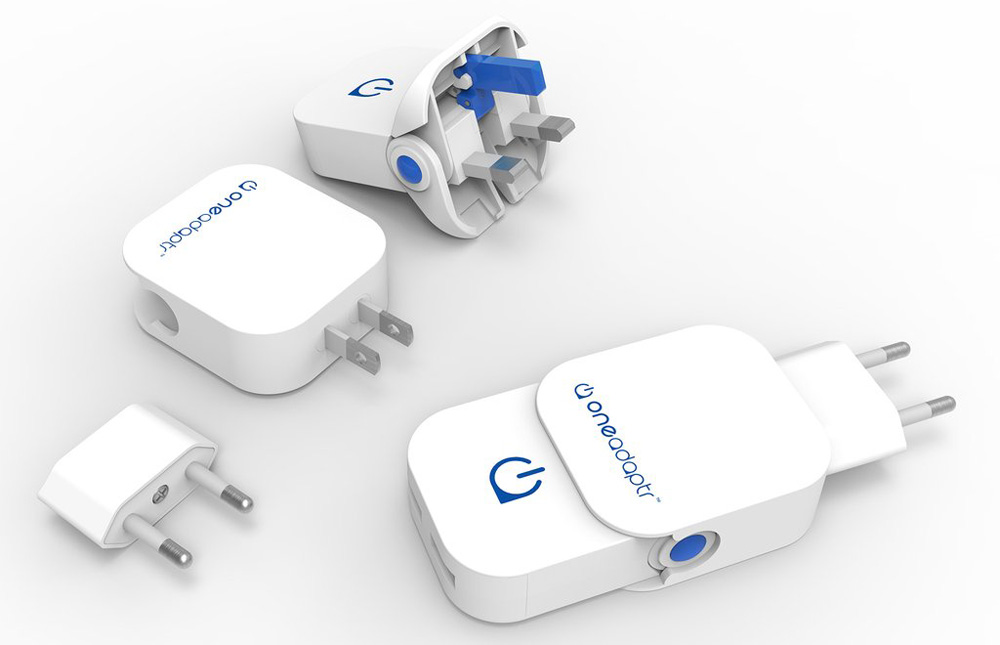 If you don’t travel with a MacBook, and want a really compact charger for your iPhone and iPad, then Flip Duo World is the company’s neatest option.

In white ABS plastic, this has a somewhat cheaper feel – perhaps because it’s so light at just under 3.5 ounces – offset by a really clever design which gives it more of a premium look.

This is a three-in-one unit with two USB-A sockets, offering a total of 3.4A power. This won’t charge as quickly as 5A devices, but is all about portability – and happily charged both an iPad Pro and iPhone X overnight.

The charger itself is built into a folding UK plug, similar to the Apple one that came with the original Apple Watch here in Britain. In folded form, it measures around 3 inches by two inches, and less than an inch thick. For use in the UK, that’s all you need.

For use in the USA, Australia and other countries with flat 2-pin plugs, you keep the UK plug folded and slot on the US adapter. This is a similar size to the main unit. The pins swivel so they can fit sockets with V-shaped arrangements, like Australia.

For use in Europe, and other countries with round two-pin plugs, you add on the European adapter, which measures about 1.5 inches square by half an inch thick. 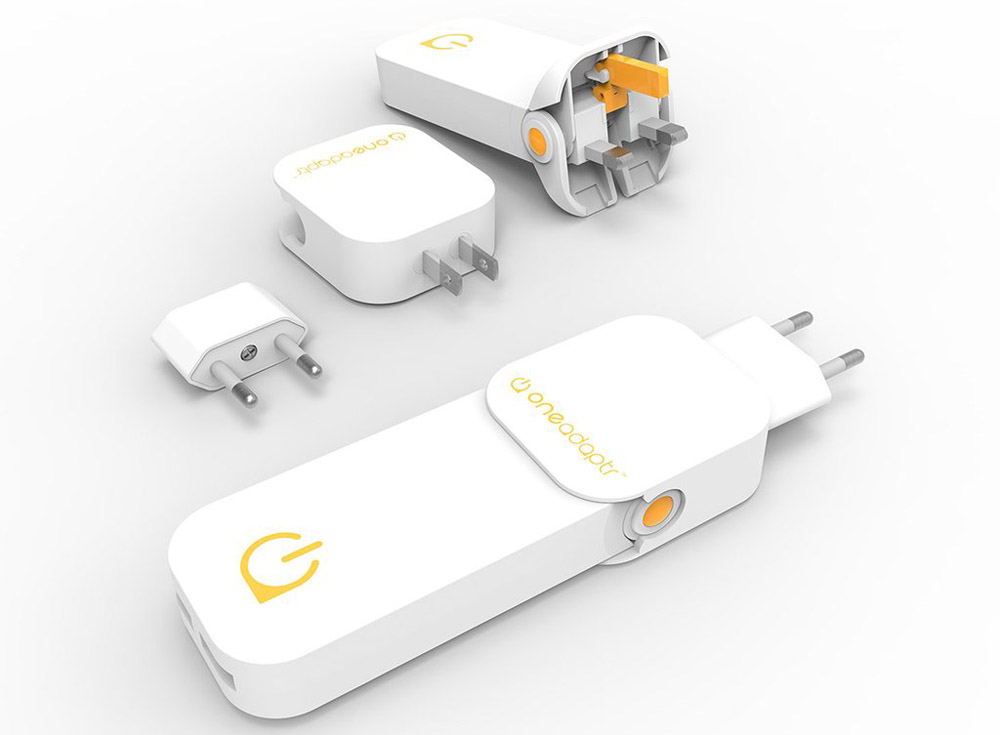 Finally, there’s a second version of the Duo that incorporates a 2000mAH power bank, the Flip Power World. This is otherwise identical to the Duo, except that the main unit is five inches long instead of three inches.

EVRI costs $75 (less on Amazon). That’s slightly cheaper than Apple’s own 87W charger, at $79, for which you get a single unit that will keep all your devices charged.

The form factor also makes it easier to pack than Apple’s own power brick. Personally, this is what I’ll be carrying on my travels from now on.

The Flip Duo World costs $30, which I’d say is a decent price for an all-in-one worldwide charger for iOS devices. But I’d say the Flip Power World at $50 is the more sensible buy, for maximum flexibility. Travelling can be unpredictable, and you can never be sure whether power will be available at your seat on the plane or in airport lounges or gates, so having a backup power supply is handy. The combination of built-in international adapters and battery pack makes this one the winner for me.