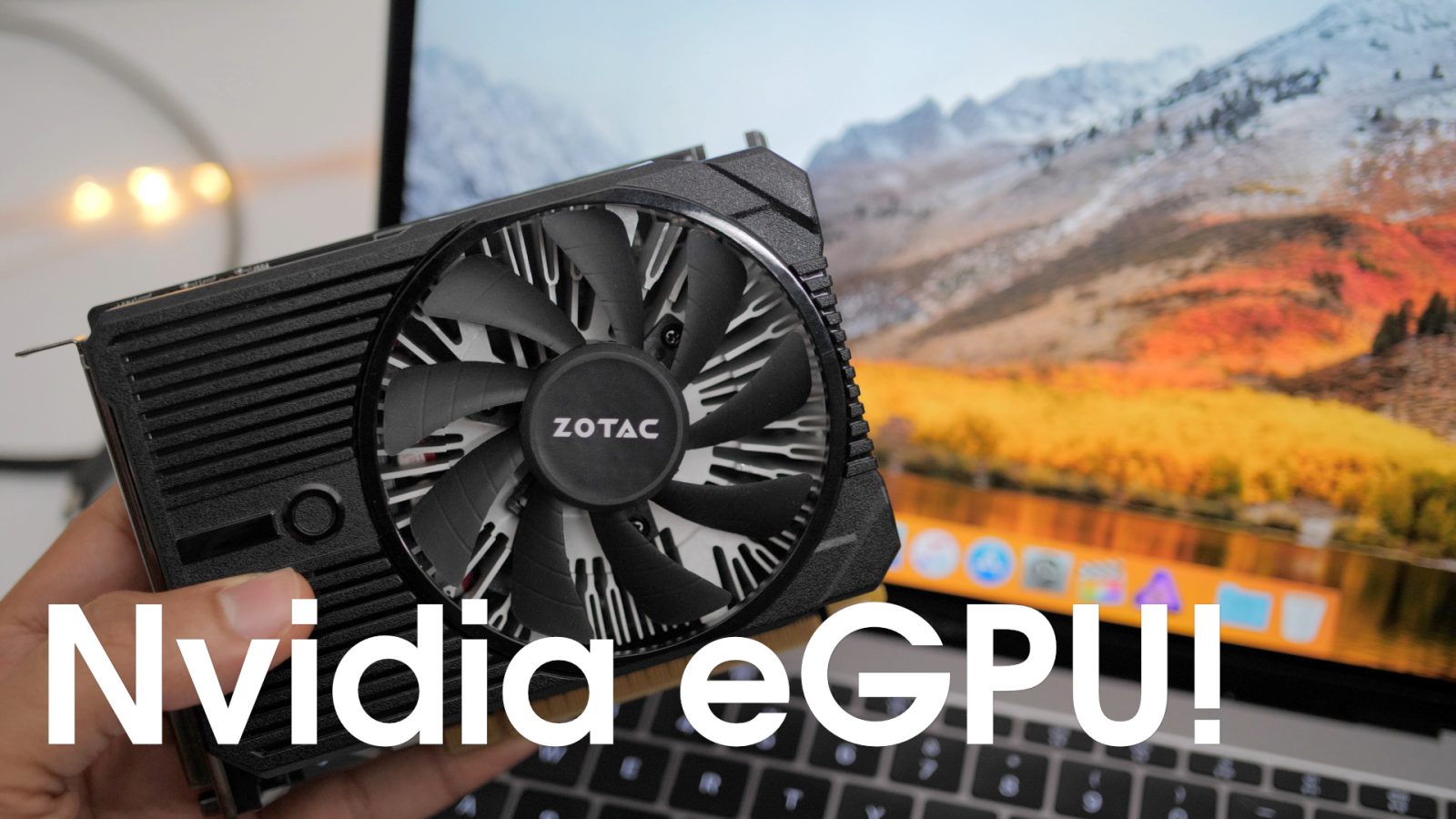 Unofficial NVIDIA eGPU support is now a reality for Mac users. It’s all thanks to the developers and researchers that congregate over at eGPU.io, a community for eGPU coverage and support across Mac, Windows, and other platforms.

While not perfect, the results of my testing look very promising. Let me preface this post by saying that NVIDIA eGPU support for macOS is still not officially supported by Apple, and the workaround script used to provide support is still in its alpha stages. Even so, I’ve been impressed by the script’s ease of use, and the performance that I’ve seen thus far.

It means that macOS users can now enjoy eGPU setups with cards from Nvidia’s Pascal lineup, including the GTX 1070, 1080, and venerable 1080 Ti. And it’s not just for Thunderbolt 3 Mac users, either. The script allows Mac owners to work around restrictions that eliminated support for Thunderbolt 2 eGPUs as well, allowing more users to join in on the graphics-accelerated fun. Watch our video for a hands-on look.

With macOS 10.13.4, Apple officially supported eGPUs for the first time, yet there was one glaring omission with the release — a lack of NVIDIA support. The super smart folks that post over at eGPU.io, including well-known eGPU community staples like fr34k and goalque, have worked hard on bringing unofficial support to macOS. The result is a relatively easy-to-use script (one that’s still in the pre-beta stages) that makes it somewhat trivial for users comfortable with interfacing with a Terminal window to enable NVIDIA eGPU support on their Macs.

In my hands-on walkthrough below, I show you how simple it is to take a fresh and clean macOS 10.13.4 install, and add unofficial NVIDIA GPU support to the mix. It’s literally just a matter of disabling SIP, and running the provided script in a Terminal window. After answering a few prompts and rebooting, NVIDIA support becomes available.

With that said, this is an alpha script, and there are potential bugs and glitches. Those that feel uncomfortable navigating around Terminal should probably stay away, at least for now. The developer behind the script notes that running it could potentially cause problems with your Mac, so run at your own risk, and be sure to back up your system before diving in. 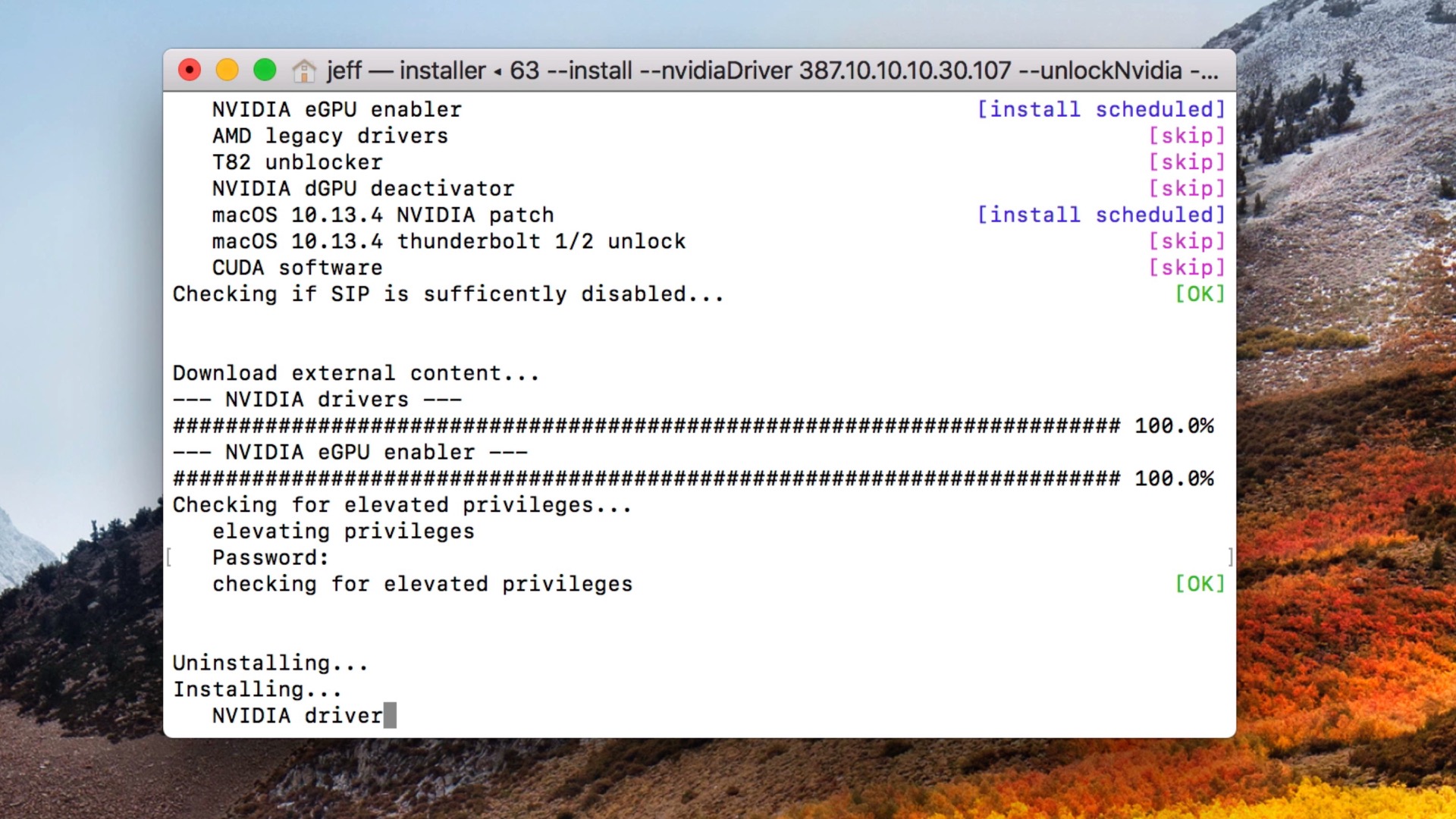 From my brief testing, it’s immediately evident that Pascal-based cards are a better fit than AMD cards if you require raw OpenGL gaming performance. I have one of the weakest Pascal cards out there, the GTX 1050 Ti, and even it handled OpenGL synthetic benchmarks better than my AMD RX 580. It also performed rather admirably when compared to the Vega 64, a card that goes for big bucks these days.

My 1050 Ti doesn’t even require a power adapter, as it’s powered solely from the PCIe slot, yet even with its power-sipping TDP it still resulted in relatively smooth ultra/1080p performance in both Heaven and Valley Unigine benchmarks. If I’m getting this kind of performance out of the Geforce GTX 1050 Ti, it goes without saying that the GTX 1080 or GTX 1080 Ti would likely do wonders for a Mac + eGPU gaming setup. 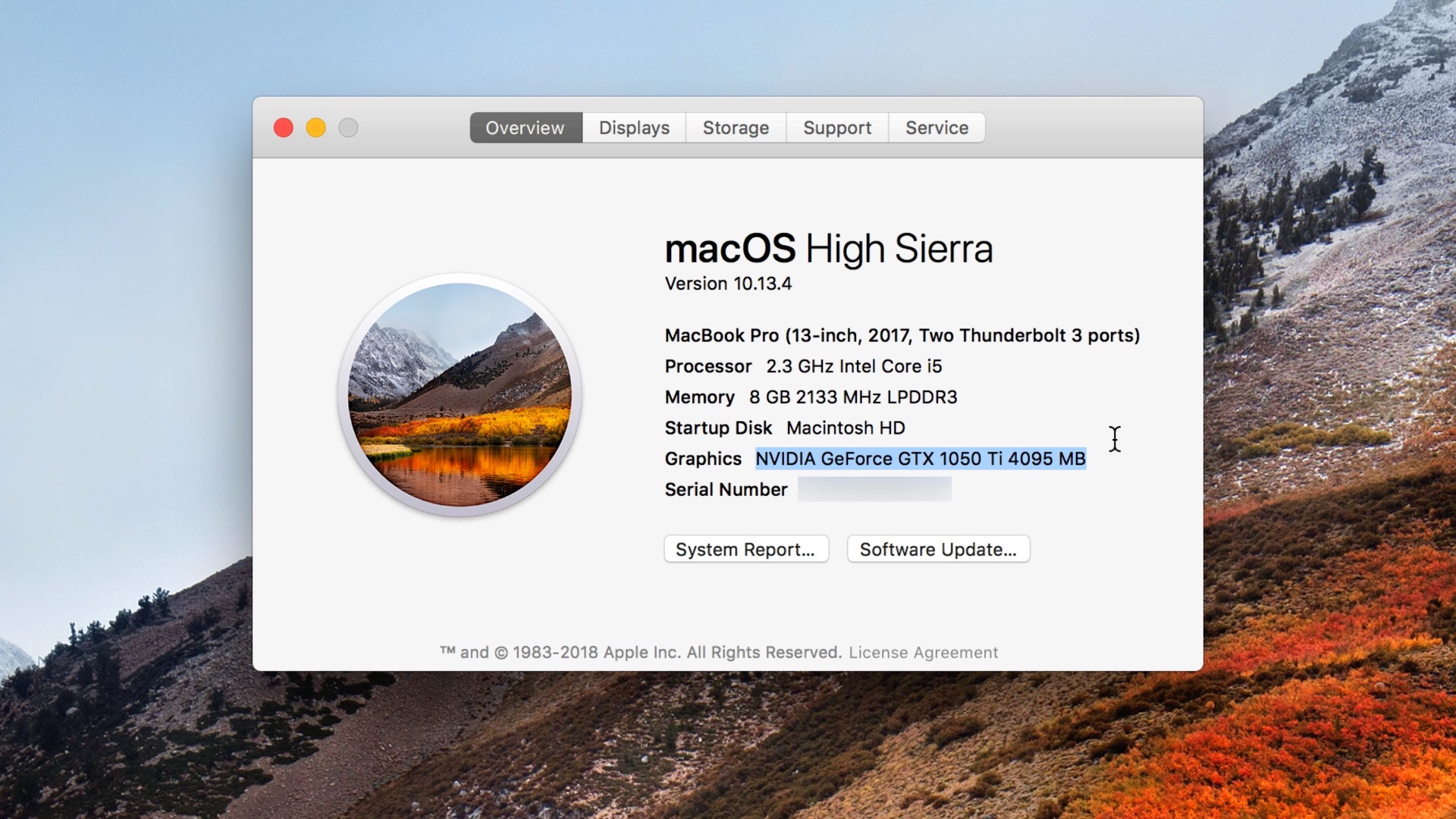 OpenCL performance, as you might expect, is a different ballgame, however. The NVIDIA GTX 1050 Ti didn’t perform nearly as well, and lagged well behind the AMD RX 580 and Vega 64. Higher performance cards like the 1070 and 1080 would yield better performance, but OpenCL is definitely one of AMD’s stronger areas. 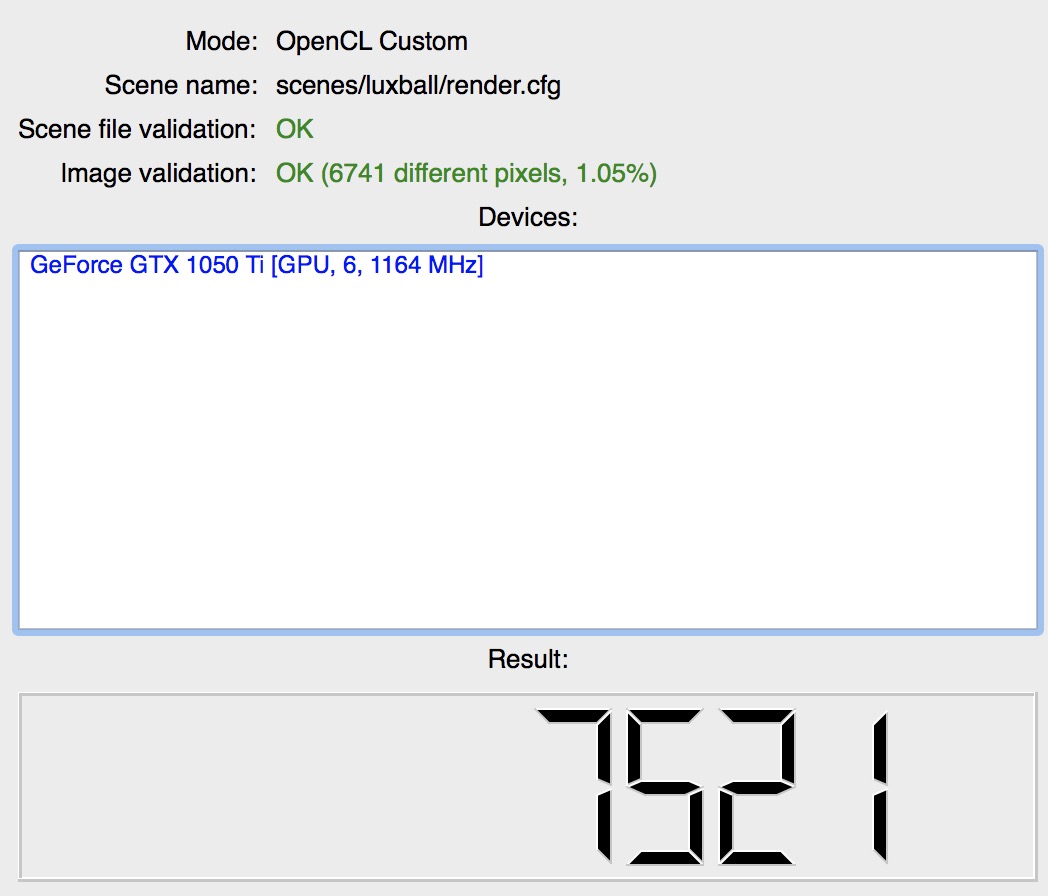 The eGPU enabler script has many options available to customize eGPU installations, and goes beyond mere NVIDIA support. For example, it even lets users with Thunderbolt 2-based eGPUs in on the fun, something Apple recently put the kibosh on. It also can enable eGPUs with older TI82 chipsets, which have never been recognized by the Mac without workarounds. Be sure to check out the whole post, which contains many of the flags and settings needed to customize the installation.

And if you’re looking for the best eGPU chassis that Apple officially recommends, then look no further than the Sonnet eGFX Breakaway Box 650. Check out our hands-on walkthrough of the Breakaway Box for more details.

What do you think about unofficial NVIDIA eGPU support on Mac? Is it something you’re potentially interested in?