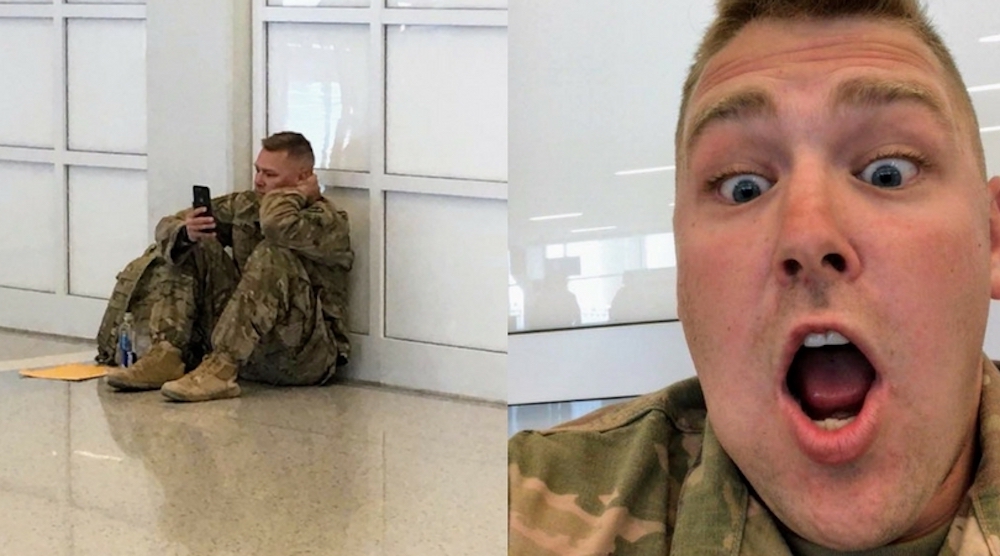 Apple technology has been credited multiple times with saving lives and allowing people to be connected in crucial moments. Now, a new story out of Mississippi highlights how a soldier was able to witness his daughter’s birth despite his delayed flight…

According to local news outlet KTVU, Army soldier Brooks Lindsey was in the process of flying from Fort Bliss in El Paso to Dallas and then to Jackson, Mississippi. In Dallas, however, his flight was delayed – which turned out to be a blessing in disguise.

Brooks’ wife Lindsay outlined the story in a post on Love What Matters, explaining that she originally wasn’t supposed to delivery for another week, but her doctor told her she had to be induced – even though Brooks was still in El Paso.

With his flight delayed, Brooks ended up being able to sit on the airport floor and witness his daughter Millie’s birth with FaceTime. While the obvious goal was for Brooks to make it back to Jackson, Mississippi to witness the birth in person, the flight delay coupled with Lindsay’s early delivery meant FaceTime had to save the day:

“Without that delay Brooks would have been in the air and unable to FaceTime,” she said. Instead, he watched the birth live on his phone while his mother secretly recorded his reaction from inside the delivery room.

“He picked her up and held her for five minutes and kept saying ‘wow I can’t believe we just had a baby,'” she said.

The video of Brooks watching the delivery on FaceTime was recorded by another traveler at the hotel who explained that she wants to make sure people don’t “forget about our soldiers who serve us every day and the sacrifices they make.”

You can watch the brief Facebook video below. Have you ever had a moment where FaceTime saved the day? Let us know down in the comments!