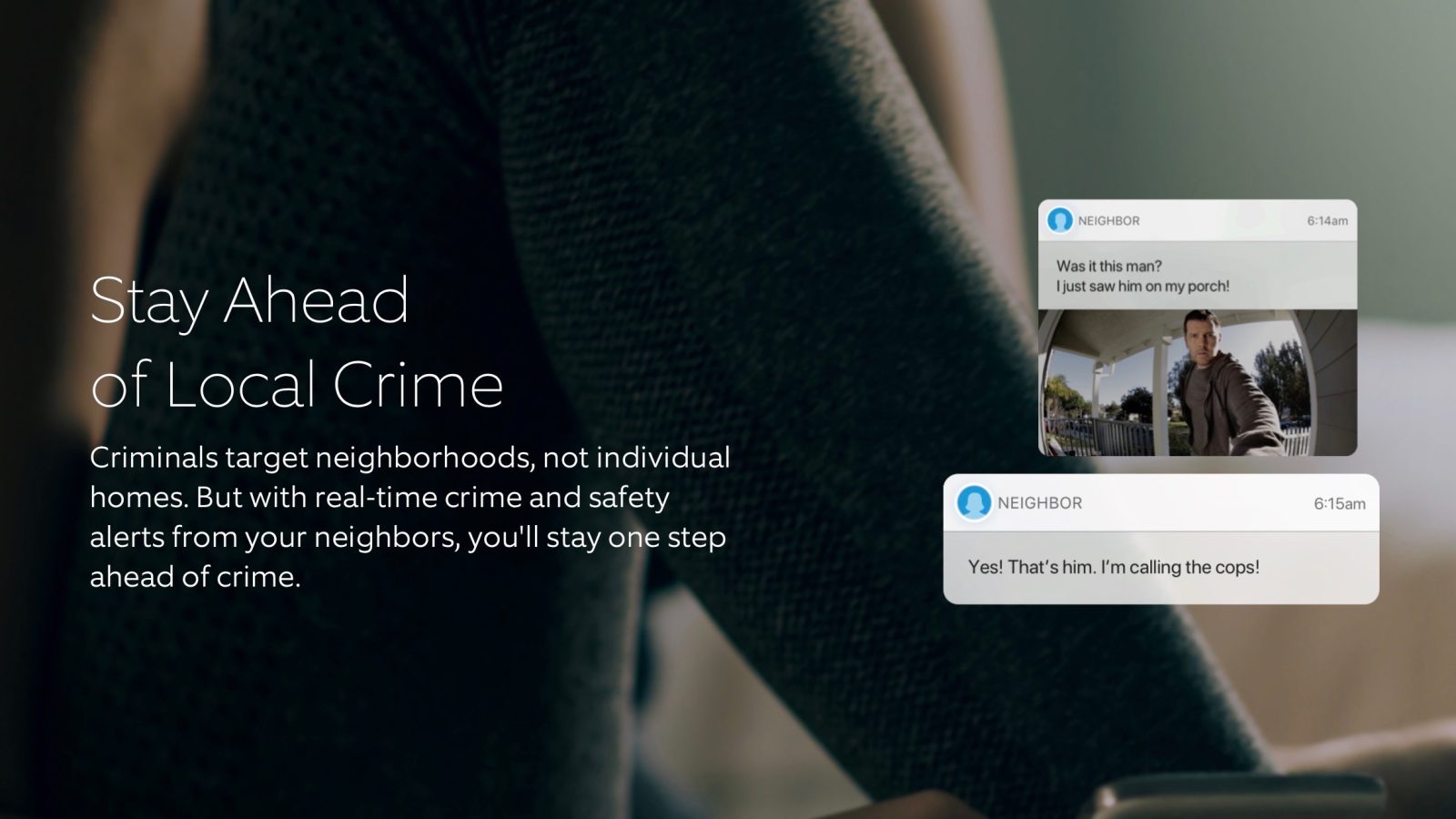 Ring is out today with an update to its Neighbors platform. Originally included in the Ring app, the company created a dedicated app called Neighbors by Ring.

Announced in a blog post today, Ring detailed the changes to the popular Neighbors platform.

Today, we’re taking the next step in our commitment to safer neighborhoods with the launch of the Neighbors App, your newest tool in the fight against local crime. The Neighborhoods feature in the Ring App was so successful, we decided to create its own platform!

In addition to receiving alerts from neighbors, law enforcement, and Ring News, users can anonymously submit posts via text, photo, or video. Notably, the new app can be used even if you don’t have any Ring devices.

Check out the video below for how this feature has been making neighborhoods safer. Read more about the Neighbors platform here.

Ring’s Video Doorbell 2 starts at $200 while its motion-activated floodlight comes in at $250. Although Amazon announced it would be purchasing Ring back in February, the company still says that some HomeKit compatibility is coming.