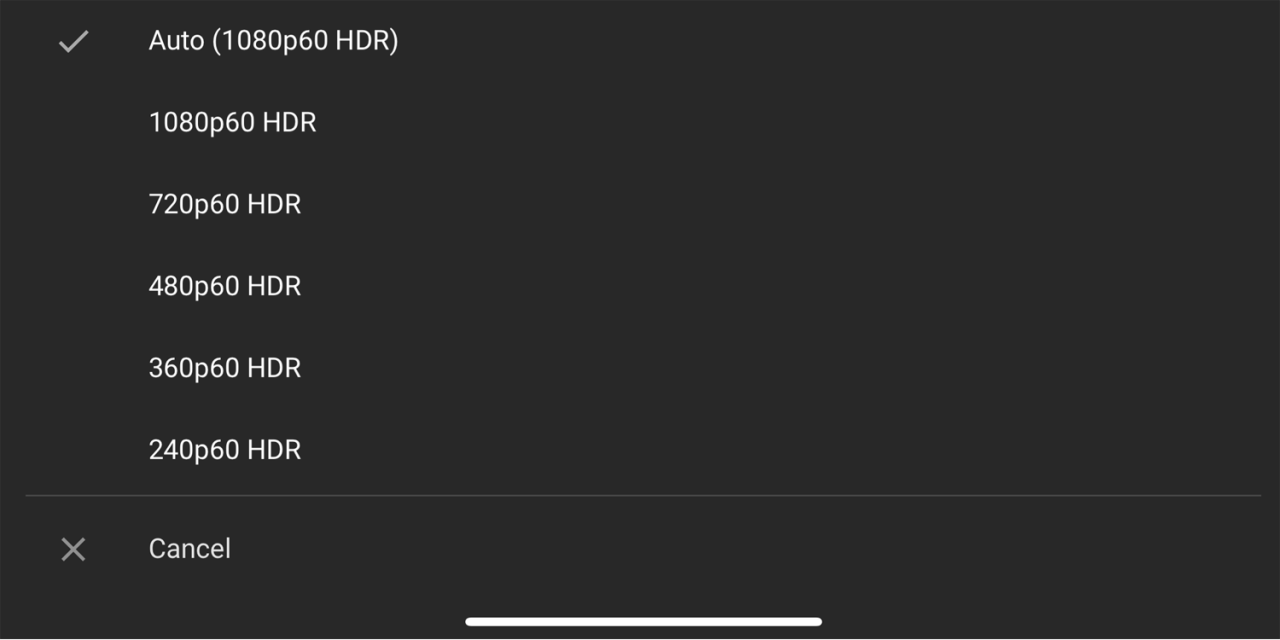 YouTube has been trialling support for High Dynamic Range (HDR) videos on the iPhone X since the end of last month, and now appears to be rolling it out more widely …

Netflix last year added HDR support for the iPhone X along with the iPhone 8 and iPad Pro, but it is only in the last few weeks that YouTube has offered access to Apple’s flagship iPhone.

HDR means that you see a wider range of shades, from pure white to pure black. It allows you to see detail that would otherwise be lost in very dark or very bright areas of the image. Colors also display more shades, and viewers generally describe HDR video as having more depth and realism.

Videos of course need to have been shot in HDR, but you can check by tapping the three-dot menu icon and then looking for and selecting 1080p60 HDR, as shown above.

You can see a good example of an HDR video below.