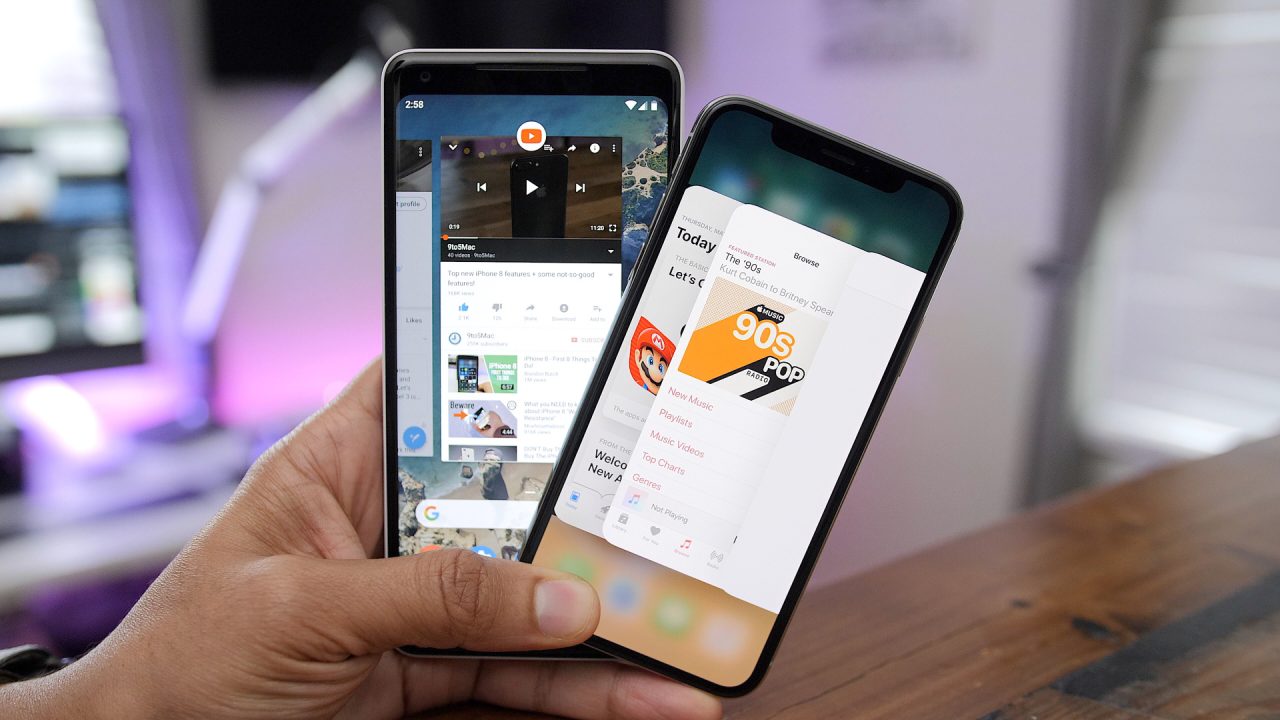 I recently got my hands on a Google Pixel 2 XL, primarily because I’ve long planned on migrating my business line from Google Voice to a standalone phone, and figured an Android phone would give me a good opportunity to catch me up on the platform’s features. As you may have heard, the latest developer beta for Android was just released, called Android P, and Google makes it super easy to enroll and install the beta on a select few Android phones.

One of the things that I found interesting about Android P is its updated multitasking interface. The interface works similarly to the iPhone X, in that swipe gestures can be used to invoke the app switcher. Although Android P is still in beta, I wanted to showcase how some of the Pixel XL 2’s multitasking features stack up against the iPhone X. Watch our hands-on video walkthrough for more.

Invoking the app switcher on the Google Pixel is similar to the iPhone X, as it requires a swipe-up gesture from the bottom of the display. The mechanics are slightly different, but the end result is the same.

Swiping through apps is similar as well, as all of your running apps are displayed via a familiar card interface. Animations on the Pixel 2 XL aren’t as smooth as the iPhone X, which should come as no surprise. The lack of rubber-banding still makes a big difference when it comes to animations, but beyond that I found the animations to be a little jerky on the Pixel 2 XL. Granted, it’s running a developer beta (so is the iPhone X), but I’ve always found this to be one of Android’s key weaknesses from a visual interaction perspective.

Beside the animations though, I really like the Pixel 2 XL app switching interface. It’s a little on the cluttered side, but it comes with several useful features. A group of five recently-used apps are displayed at the bottom of the interface, along with the Google Search bar and Google Assistant above.

The Pixel 2 XL app switching interface reminds me of some of the jailbreak tweaks that used to be popular on the iPhone when jailbreaking was big — it’s not as clean looking as Apple’s solution, but it’s arguably more functional. 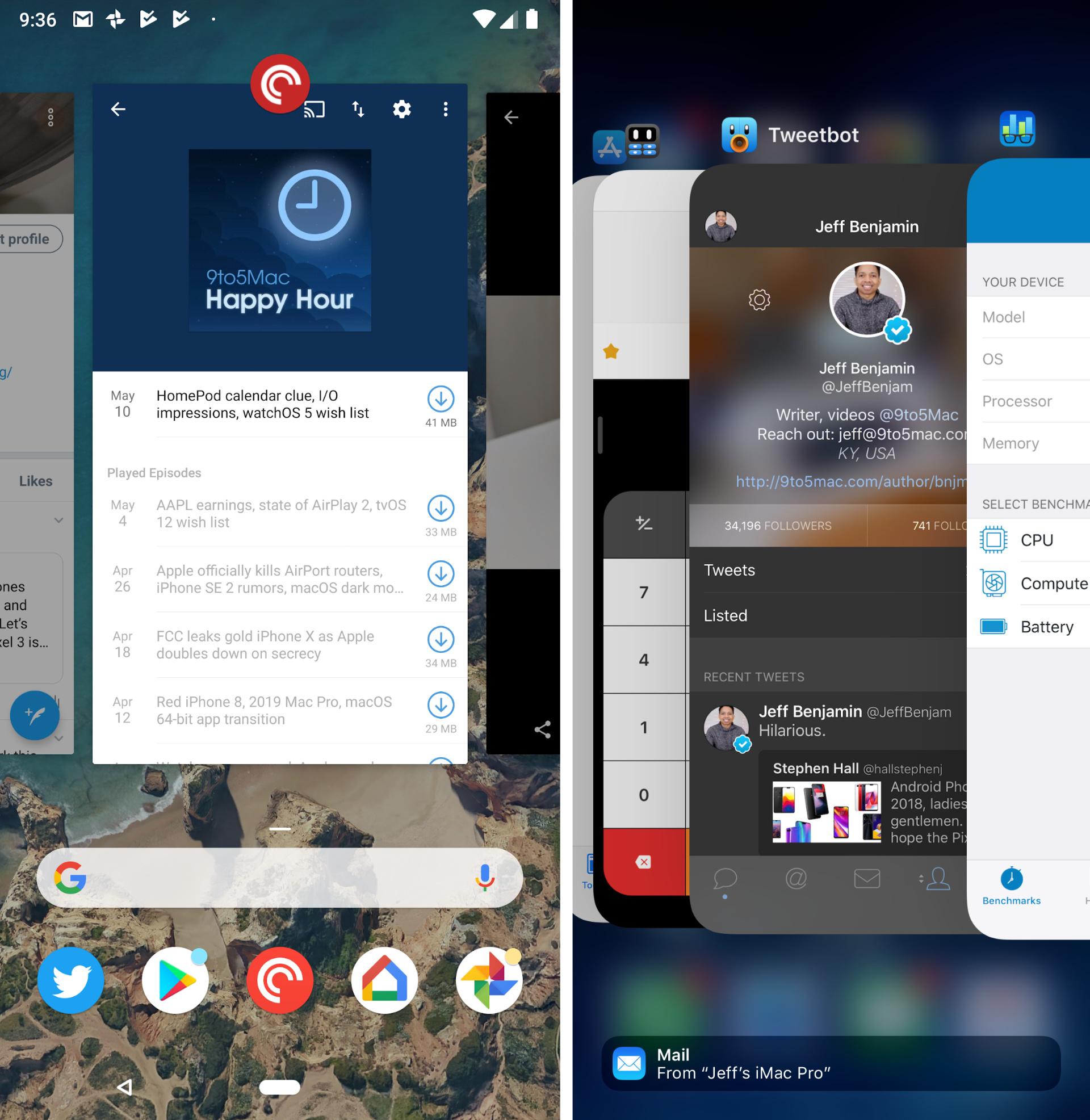 The little nub at the bottom of the Pixel 2 XL interface works as a home button, a button for invoking Google Assistant, and as a way to quickly switch between apps. A quick right swipe on the home button will shuffle you back and forth between the last two apps.

The iPhone X features similar swipe functionality on the Home indicator at the bottom of the screen. Users can quickly switch between the last two recently-used apps by swiping right, interacting with an app, then swiping right again. 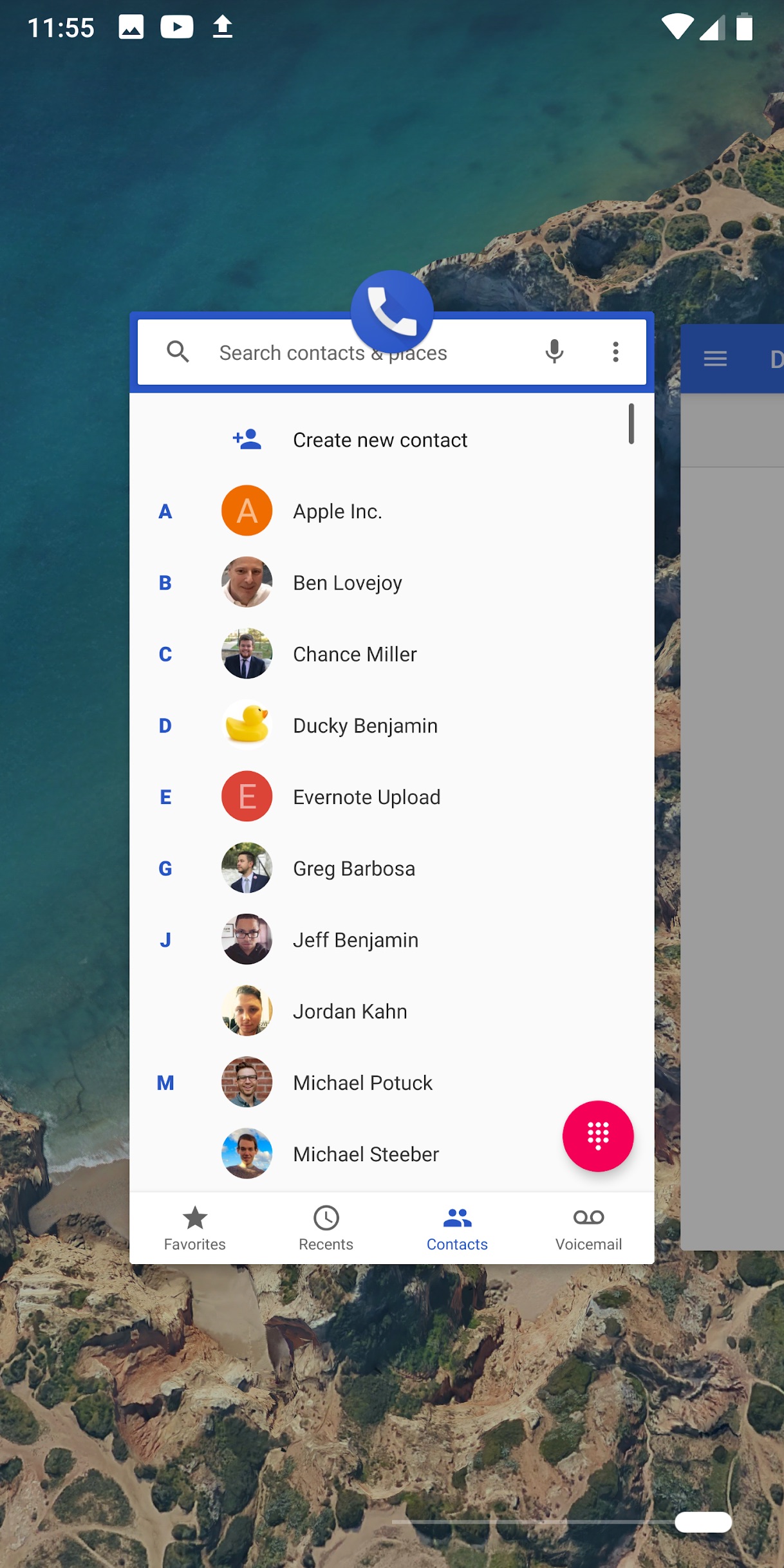 Like the iPhone X, you can also quickly swipe through apps without invoking the full app switcher interface on the Pixel 2 XL. Again, I find the iPhone X to be more polished in this regard, with better animations. 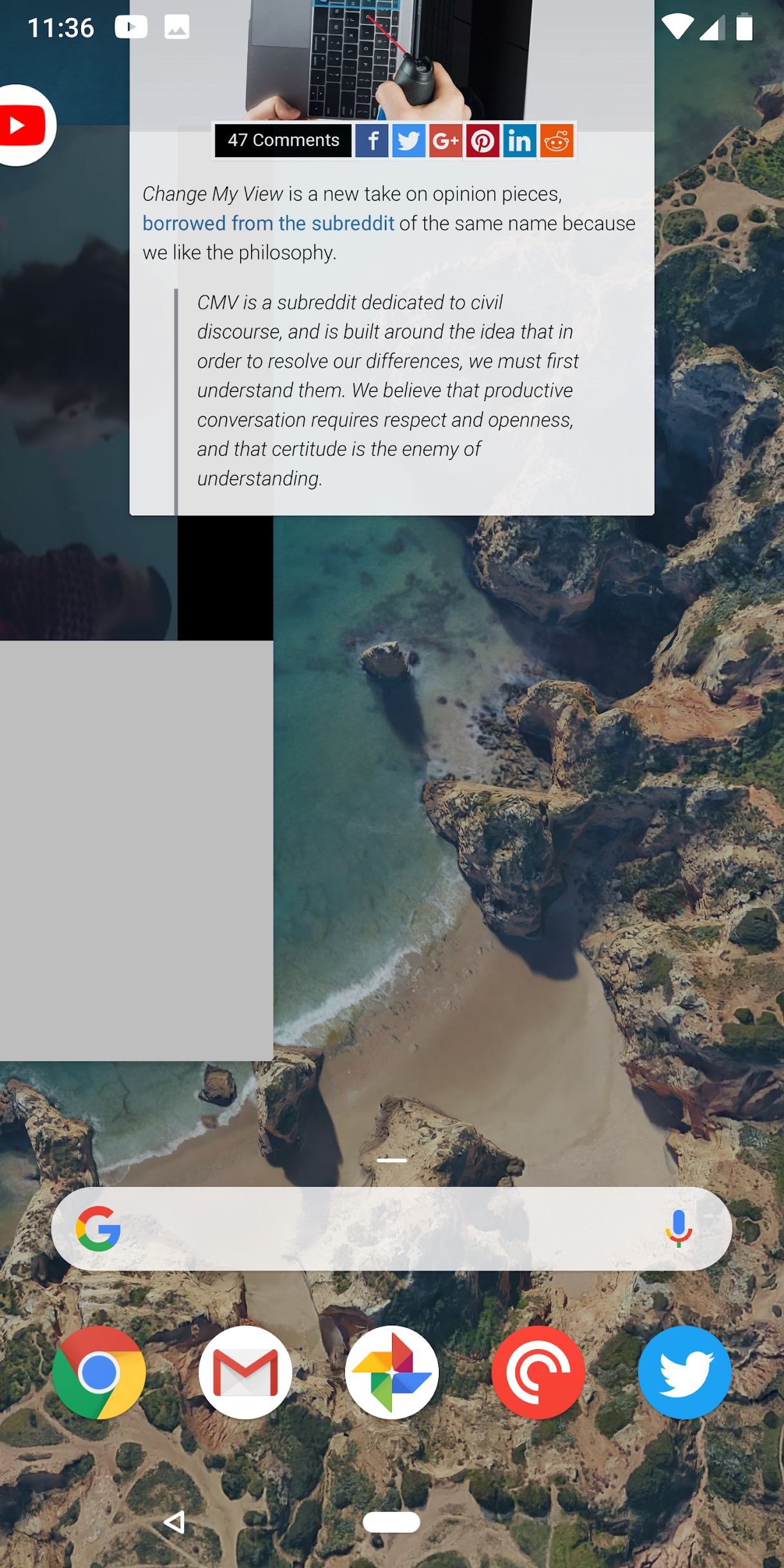 Swiping up on an app switcher card closes the app

The app drawer is the central location that houses all of the apps installed on your Pixel 2 XL, and there is no real equivalent to it on iOS. To access the app drawer, swipe up from the bottom of the screen while the app switcher is displayed, or swipe up from the home screen in one fluid motion. 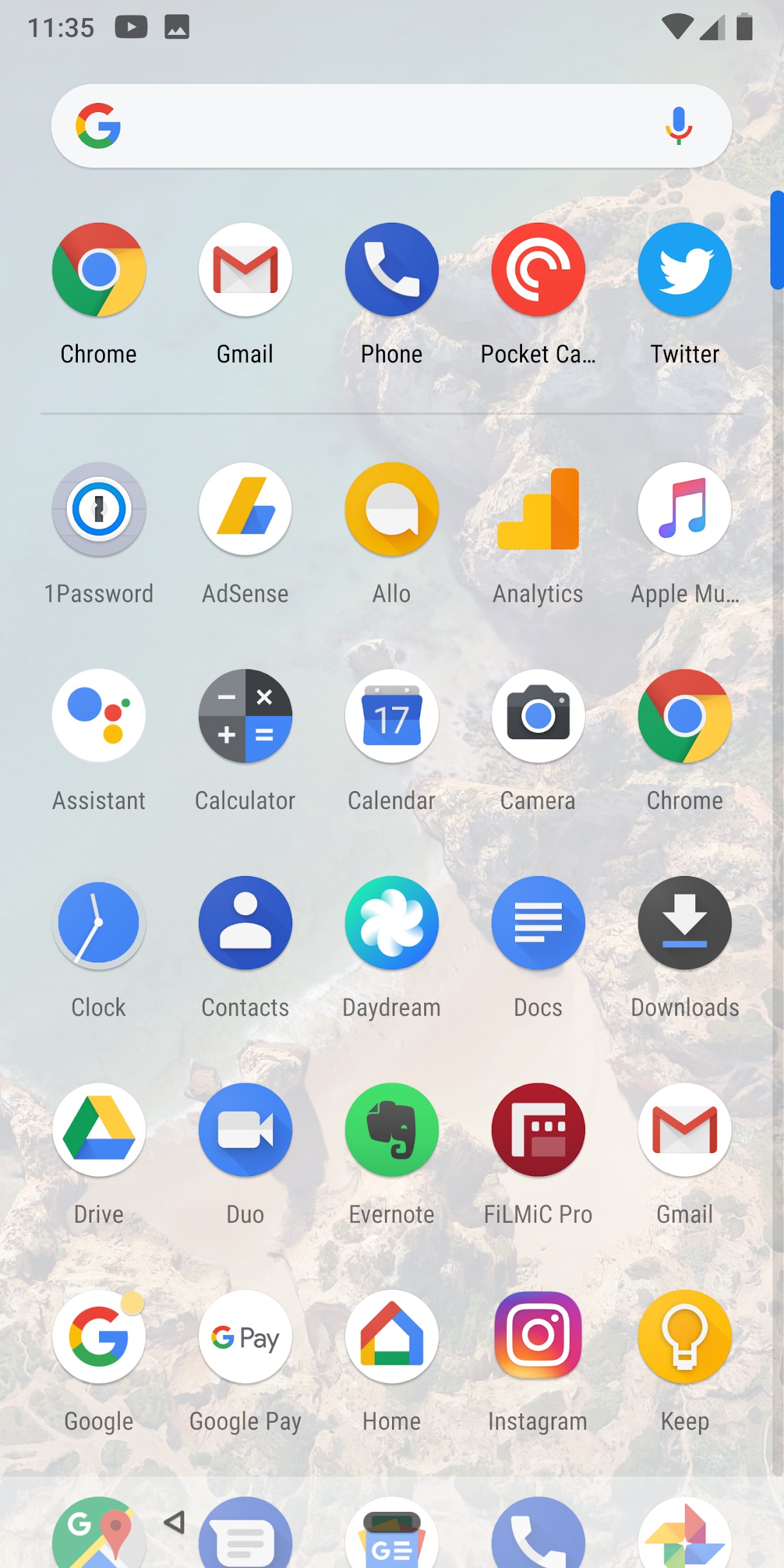 Split screen functionality has been around on Android for quite some time now, and it remains a feature I’d like to see on the iPhone. Invoking split screen mode on the Pixel 2 XL is just a matter of tapping on the icon at the top of an app card while the app switcher is open. From there you’ll get an option to invoke split screen, which allows you to select the second app that you’d like to use from other app cards, recent apps, or from the app drawer. 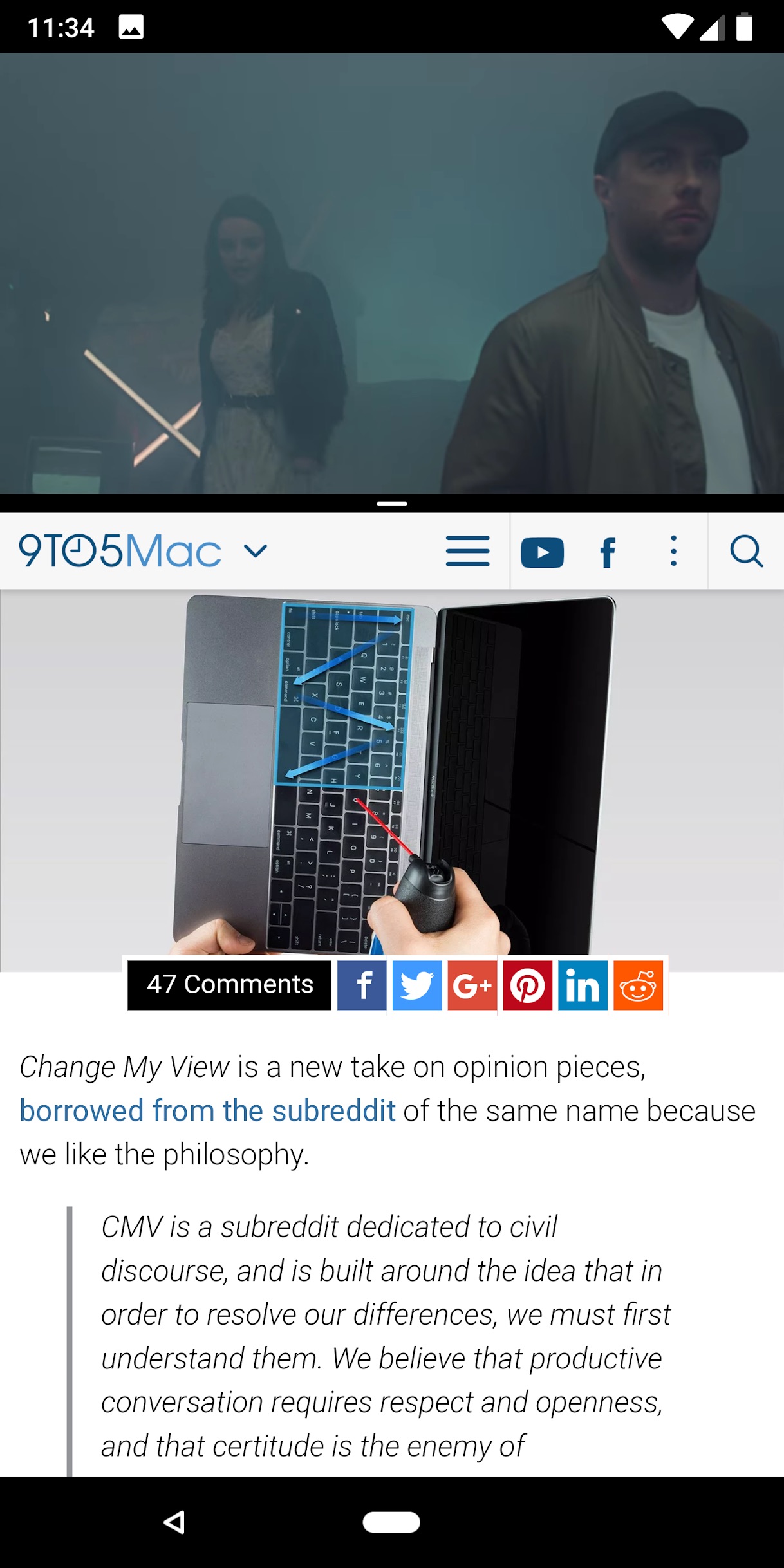 Even on a phone, I find split screen to be useful

iOS has picture-in-picture support, but only for the iPad. With the Pixel 2 XL, you can enjoy picture-in-picture video support by pressing the home button while a video is playing. This is one of the features that I would most like to see come to the iPhone. 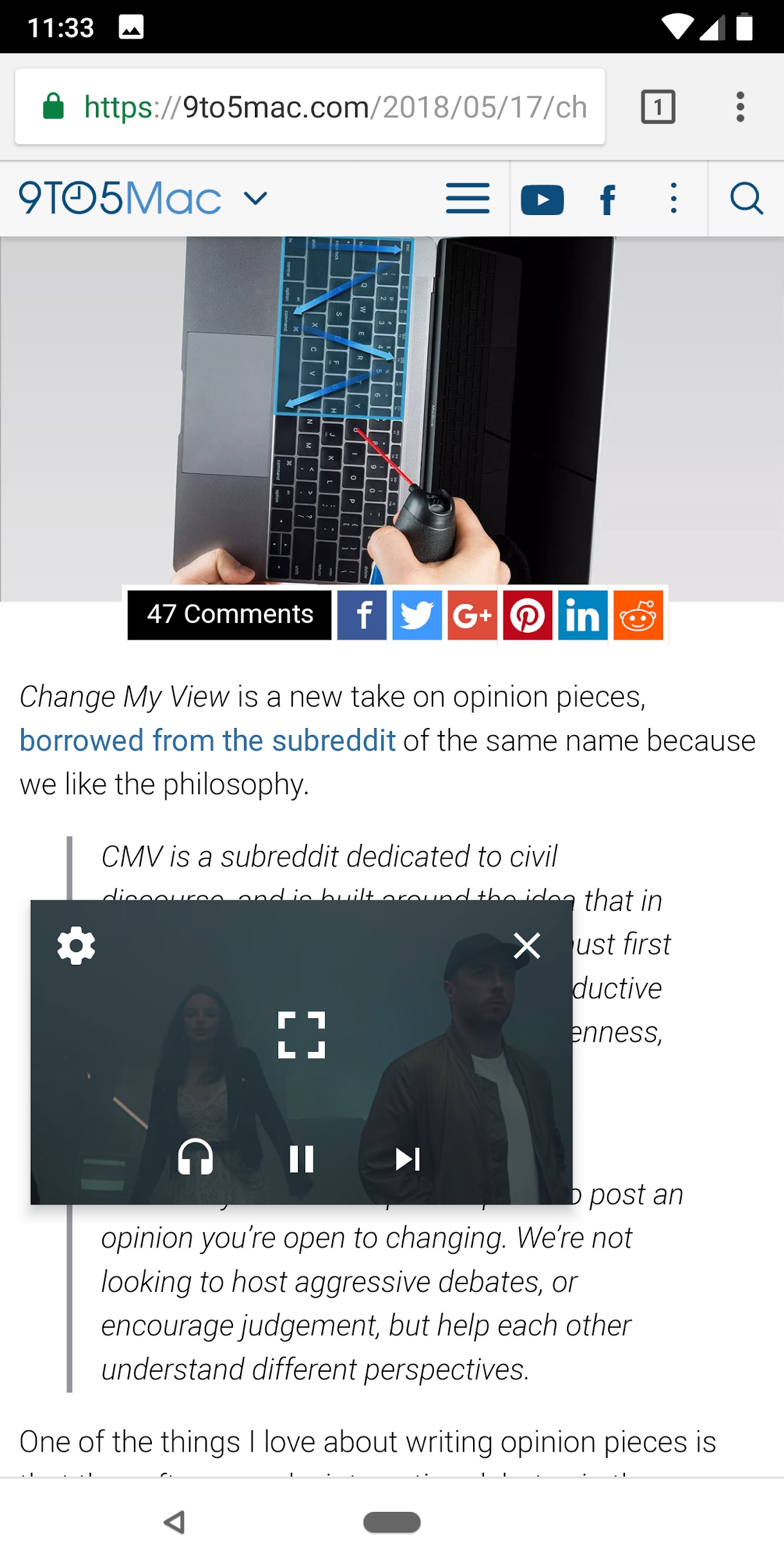 Picture-in-picture for video on Pixel 2 XL

Rotation lock has been around for years now, but the amount of control that a user has over the screen orientation is limited at best. Android P introduces a feature that allows you to quickly switch app orientation at the press of a button without affecting the rotation lock setting. This means that you can quickly switch between portrait and landscape orientation even if your auto-rotation is disabled. It’s not technically a multitasking feature, but I found it so useful that I had to include it. 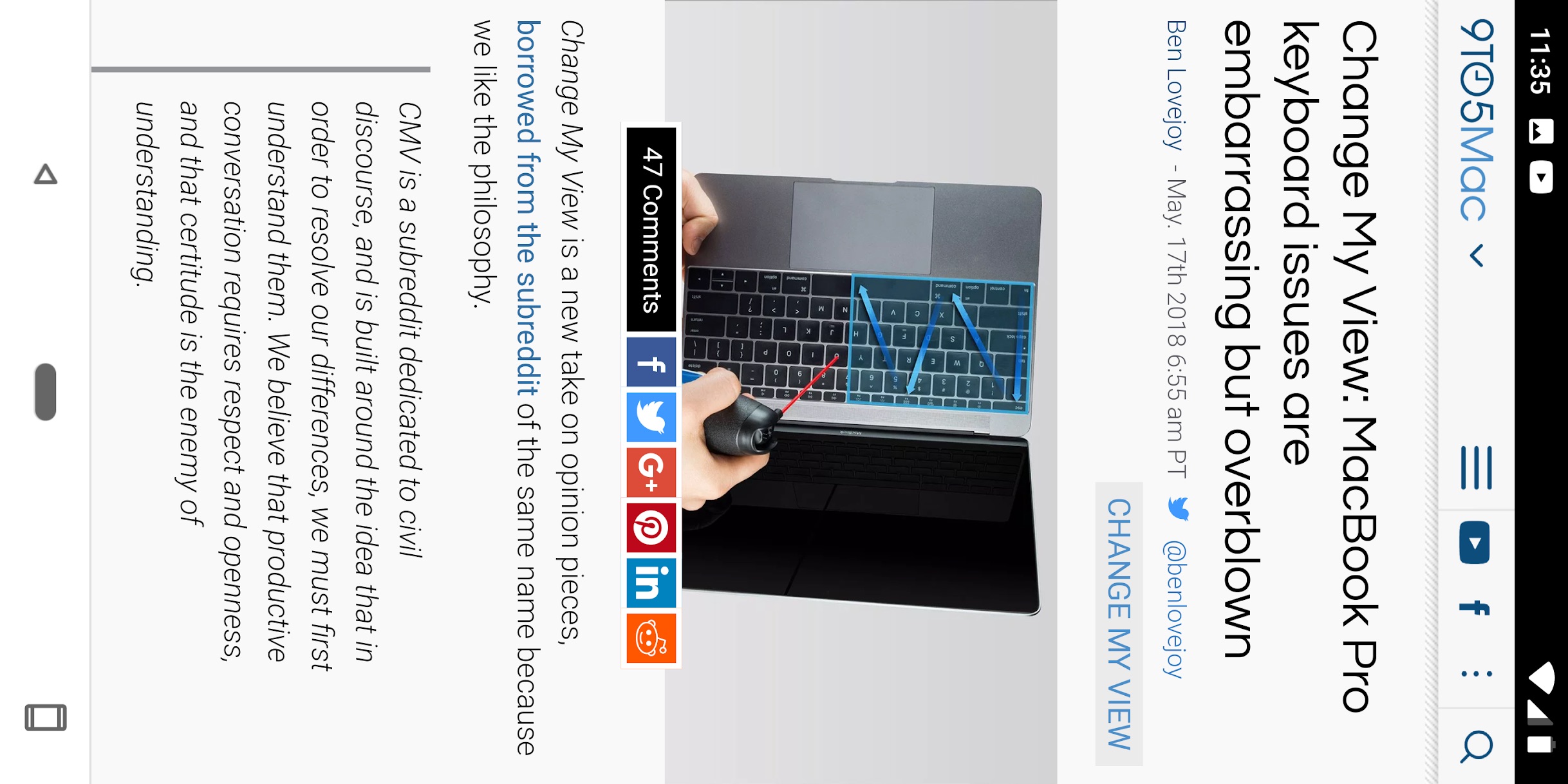 Stock Android is a solid experience, and both Apple and Google stand to learn some things from each other. Android P, like its predecessors, is still lacking when it comes to fluidity of animations, but things have improved a lot over the years. Functionality-wise, iOS could definitely take some cues from Android, especially when it comes to bringing picture-in-pictiure, split screen, and enhanced app orientation options to the iPhone.

The Pixel 2 XL isn’t my “daily driver” but next to the iPhone X it makes for a solid second phone with a really good camera. Stay tuned for future installments as I compare and contrast additional Apple-related offerings with others.