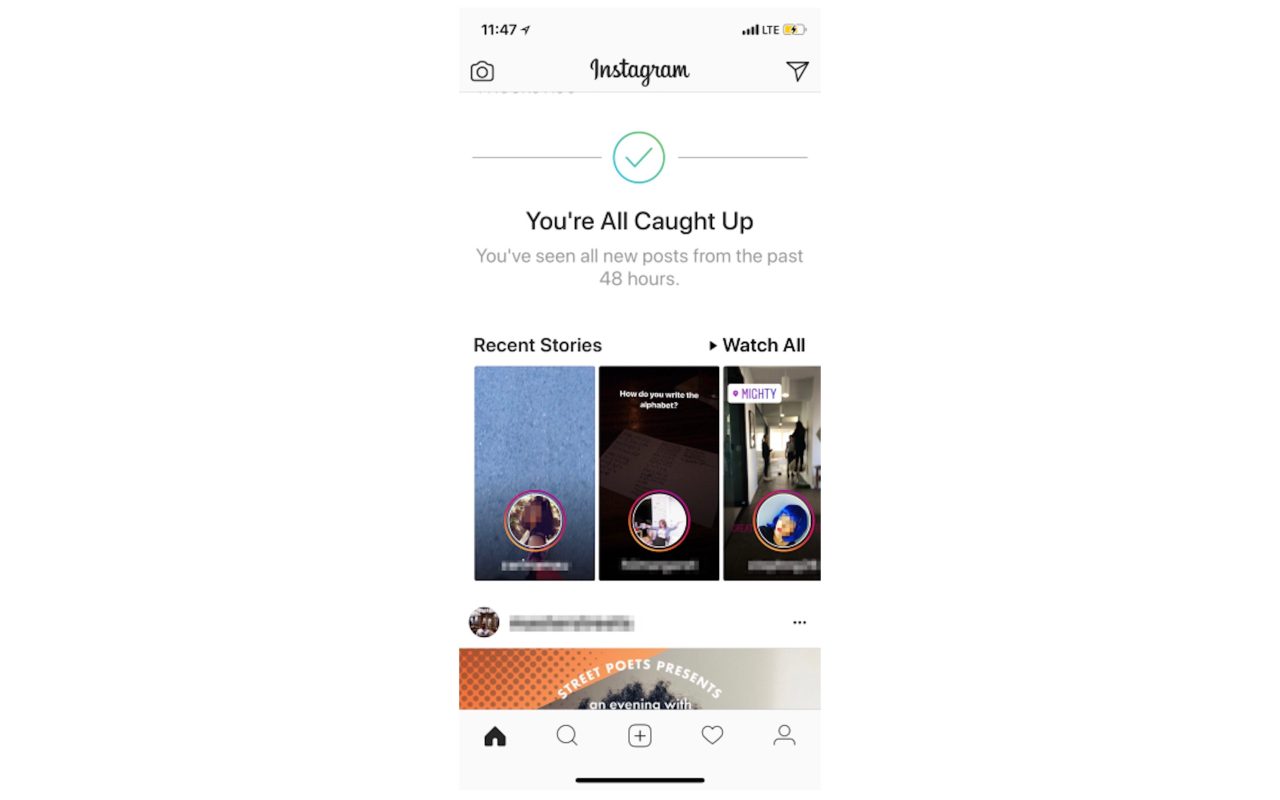 Last week, Instagram said that it would be adding a new “Usage Insights” feature to help users better track how much time they were spending in the app. Now, as reported by TechCrunch, the company is testing a new feature to inform users when they’ve seen everything there is to see in their feed…

When Instagram switched from a chronological feed to an algorithmic feed, it became a lot harder for users to make sure they’d seen everything their friends had shared. This ultimately leads to a lot of so-called mindless and passive scrolling, as users want to make sure they don’t miss out on anything.

To help alleviate this problem, Instagram says it is testing a new feature that tells users when they are all caught up with their feed.

Once a user has seen all of the content their friends have shared in the last 48 hours, Instagram will display a new mid-feed banner that says there’s nothing left to see. “You’re all caught up, you’ve seen all new posts from the past 48 hours,” the notification reads.

While Instagram did confirm that it is testing the feature, it didn’t elaborate on when it might see a full rollout:

When asked about it, Instagram confirmed to TechCrunch that it’s testing this feature. It declined to give details about how it works, including whether the announcement means you’ve seen literally every post from people you follow from the last two days, or just the best ones that the algorithm has decided are worth showing you.

Such a feature would likely reduce the in-app usage time for Instagram users, but it would help reduce the amount of time users spent passively scrolling out fear of missing a post – something that is all-too-common with algorithmic feed applications.

Earlier this month, it was reported that Instagram is also planning a new “Usage Insights” feature that shows users how much time they’ve spent in the app. Both of these new capabilities come amid a growing call for improved digital health.