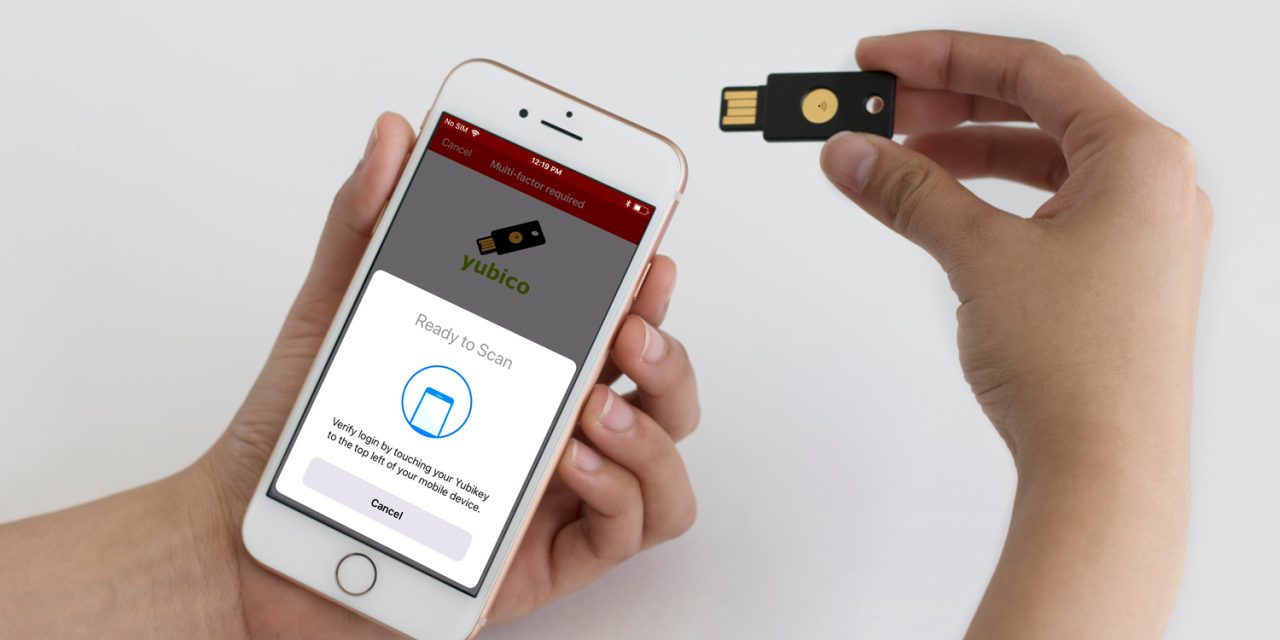 When Apple put an NFC chip into the iPhone 7 and later, it was initially limited to Apple Pay. iOS 11 opened up access to third-party developers, and YubiKey has just taken advantage of that to allow one of its hardware keys to login to iOS apps.

Users can insert the USB key into their Mac, and anytime two-factor authentication (2FA) login is required, simply touch a button on the key. This is much faster and more reliable than entering a code from an SMS or authenticator app.

But a new SDK means that you can do the same thing on a compatible iPhone simply by tapping the key against your phone.

You can only use it with apps that use the SDK, which is so far limited to the LastPass password manager, but others will follow.

LastPass users with iPhone 7 or above, running iOS 11, can now authenticate to their LastPass Premium, Families, Teams and Enterprise accounts on their mobile device with the same YubiKey NEO that they use for their desktop or laptop.

At the time of mobile login, users can touch the YubiKey NEO to the iPhone to wirelessly transfer a Yubico one-time password and securely access the application. Current LastPass users will receive an automatic update to their iOS application via the App Store. New LastPass users can download the iOS app here.

The key already supports 2FA use on a Mac for a wide range of apps and services, including Google, Facebook, Dropbox, GitHub, Dashlane and more, so that probably gives a clue as to which other iOS apps are likely to be in the queue.

Sadly, the key is USB-A, so you need a dongle to use it with current MacBook and MacBook Pro models. But the NFC functionality is available for the iPhone 7/Plus, 8/Plus and X.

Check out the video below to see it in action. The YubiKey NEO costs $50.