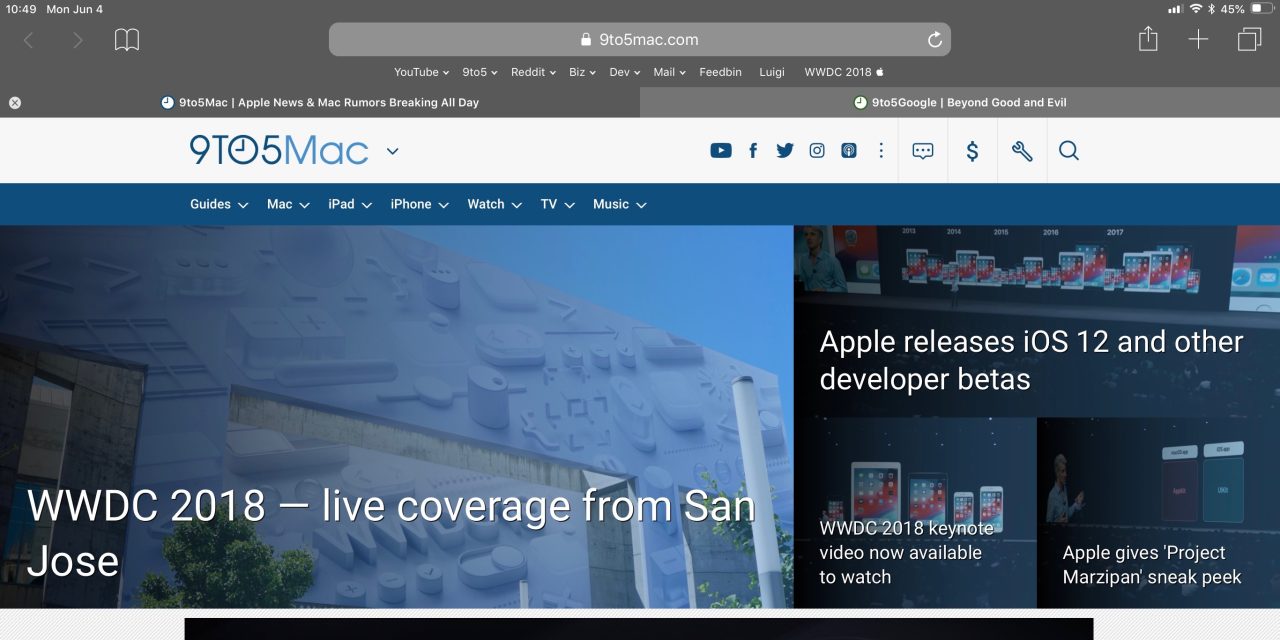 Apple is expected to introduce a refreshed iPad Pro lineup this year with several notable enhancements, including Face ID and smaller bezels. While that new line isn’t expected until the fall, iOS 12 includes several changes that further hint at the new iPads…

Bloomberg first reported in November that Apple is planning redesigned iPad Pros with Face ID. While there was some hope for a WWDC unveil, the devices are now expected to launch this fall.

Furthermore, you now swipe down from top-right of the display to get to Control Center – again, just like you do on the iPhone X.

While it’s possible these changes are just for consistency’s sake, they certainly do also seem to hint at the adoption of an iPhone X-like design.

Clock moved to the side

Another minor change with iOS 12 on the iPad is that the clock in the status bar has moved from the center to the left-hand side. Again, this a minor change in and of itself, but it opens up the center of the display for a notch cutout.

Space for the notch :-) pic.twitter.com/bKe1QXnMjw

Last but not least, iOS 12 also includes support for multi-user Face ID. Apple describes this as “alternative appearance” support. However, it’s hard to imagine the iPad Pro launching without multi-user Face ID support as the iPad is more commonly shared between multiple users than an iPhone is.

These are just several hints at the future of the iPad in iOS 12, and it’s very possible there could be even more. We’ll be sure to keep you updated as we continue to dig through iOS 12 in the coming weeks. In the meantime, do you think the iPad should adopt a notch? Let us know in the poll below.